Your wedding day is one of the biggest days of your life.

If you’re like most brides, you probably worked your tooshy off trying to make it perfect, organising everything to have the day you always dreamed about.

But a poll of 1000 people in 2014 revealed that 82% of brides have regrets about at least one aspect of their wedding day.

For 32% of brides, they said they “cringed” when they look at their wedding dress, and if they had a chance to do it over, they would choose another dress, while another 38% would change the way they did their hair and makeup. Almost a third (30%) said they would have used a different wedding photographer, claiming their friends’ wedding photos were better than theirs.

Meanwhile 21% (that’s one in five!) of brides said they would get rid of at least one of their bridesmaids. For another 33%, they would change the weather (but good luck with that) if somehow they could.

Speeches caused a lot of angst with 34% complaining about the inappropriate jokes told by the best man while 12% of brides had problems with their dad’s speeches.

It seems that these regrets aren’t uncommon.

A poster on Ask SAHM asked “I’m planning a wedding and keep thinking “when I look back will I regret that?” So tell me what you regret so I can avoid it”

The anonymous responses from readers reflected the survey findings.

Some entries have been edited for clarity, spelling, and grammar.

1. When the photographer knew Photoshop just a little too much…

“My photographer. We paid a lot for our photographer, and all the preview shots of other wedding he showed us were fantastic but they must’ve been his best work in the best conditions. We have probably 2 photos I love and the rest are just ok. He also photoshopped them too much (it was grey/overcast & windy) at the beach and he put a blue filter over the grey clouds. This was 10 years ago and he also wouldn’t give us the rights to the photos… But we ended up negotiating and paid another $600 for them.”

“I regret my photographer too. She was a friend of the family and gave us great rates, but I wish I’d just paid the money and had the photos I wanted!”

3. When the photographer and the DJ ignored the couple’s requests…

“The DJ and the photographer both ignored requests my hubby and I made before the wedding. My fault, I should have done more research. And getting really caught up in the budget and not inviting an extra dozen guests. Looking back, I’m really sad they weren’t part of our day and it really wouldn’t have cost that much more to have them there.”

4. When the DJ got into a fight…with the bride’s brother.

“The DJ. He ignored many of our song requests decided on before the wedding. And got into a physical fight with my brother. He was a major tosser. Other than that, I don’t regret anything.” 5. Spending too much on a one-day event.

“Spending a lot of money on the wedding that could have been money toward a house deposit! 6. The bride would rather choose to elope.

“I actually regret not eloping. We had a fairly small wedding (70 people, costs about 11k) but we are now a one-income family and stuck renting until I go back to work. The cost of our wedding was almost half a house deposit. If we worked hard and just eloped, we could have possibly bought a house before having our kids, instead of throwing money away with rent.”

7. When the bride admitted she let other people hijack her day…

“Giving into other people’s wants. I let other people choose things because I felt that those things didn’t matter in the grand scheme but those things are what I regret from my day. From my venue to the colours of the bridemaids’ dresses, style of food to the music. I can not stress enough to stand up for what you and hubby-to-be want rather than letting go to save the peace. My wedding turned into someone else’s vision. All those little things add up to your day and mine felt like someone else’s day because it wasn’t what I wanted.”

8. When family and in-laws PLANNED the wedding day…

“I regret not doing what I wanted. I spent a lot of time trying to please my family and my in-laws. At the time, I wasn’t really fussed about a wedding, so it didn’t seem like a big deal. But now I’m older (got married at 21), I regret it as I didn’t enjoy the day at all. It was more like being part of some ridiculous performance and I felt totally numb. For example, I wanted to get married on the beach. My family said it’s not a proper wedding unless it’s in a church. So we got married in the ugliest church known to man. I didn’t want any bridesmaids, but to ‘match’ the groom I had to find three. My MIL insisted on inviting her friends so I had to cut my friends to make room. I gave my nan the job of making the cake because she was driving me nuts. Gave her a few pictures of what we would like but she decided to go for a 1970’s style fruitcake. At the time, I kept thinking ‘it’s not a big deal, don’t make a fuss, they have always dreamed about your wedding and you don’t give a toss so just let it go’. But now I carry a lot of resentment about it, to the point that I don’t want to marry my partner because I can’t go through that again.” 9. When the mother-in-law thought it was HER day:

What are your wedding regrets? For other intriguing questions in Ask SAHM, click here! How to Froth Milk in… 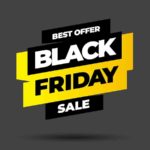