The Unveiling Of New Coercive Control Legislation in Queensland

Queensland is preparing to draft legislation that would make coercive control a criminal offence in the state.

Minister for Premier Annastacia Palaszczuk announced the decision on Tuesday and said she hoped to have the new legislation by 2023.

Coercive control is the most common factor leading up to intimate partner homicide. By the end of next year, we will introduce legislation to criminalise it.”

It comes more than two years after Brisbane mother Hannah Clarke and her three children were slain by her estranged husband Rowan Baxter, who set them ablaze that eventually killed them.

Since the tragic death of Ms Clarke in February 2020, her parents have worked diligently to raise awareness about coercive control.

When it comes to controlling behaviour, coercive control refers to a pattern of dominating behaviours that results in an uneven power dynamic in a partnership.

Premier Annastacia Palaszczuk said that the revision of legislation would better protect Queensland women from domestic and family abuse and “hold criminals accountable”.

Among the improvements include the creation of a criminal offence for coercive control, the expansion of domestic and family violence courts, and the development of a particular strategy for First Nations communities. Along with establishing a Commission of Inquiry investigating authorities’ responses to domestic and family violence in Queensland, more emphasis will be placed on proper relationship education for young people in the state.

Earlier this month, a highly anticipated report from the Women’s Safety and Justice Task Force was presented in the state parliament to assist victims in identifying the subtle and brutal form of control.

It also highlighted disturbing failings by law enforcement, with the task force’s chair, Margaret McMurdo, detailing how “women perceived their perpetrators are emboldened by police, legal practitioners and judicial officers”.

“Many feel the justice system is failing them,” the respected former president of the Queensland Court of Appeal wrote.

The tabling of the report was a sad day for Lloyd and Sue Clarke, who has worked relentlessly for an improved understanding of Coercive Control Legislation following the loss of their daughter and grandchildren.

Mr. Clarke described the heartbreaking subtlety with which his daughter’s relationship fell into violence as a result of coercive control, and how “we didn‘t know ahead of time”.

Because of the couple’s advocacy, the phrase “coercive control” has gained widespread recognition, and Sue appealed to women to draw strength from the awful experiences of her daughter, which she hoped would serve as a warning to other women in similar situations. 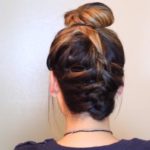 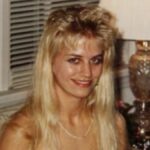