You finally meet Mr. Right in every way you are floating on cloud nine.

Nothing he can do would make those stars dim in your eyes.

Things are going swimmingly between you, it’s getting a little serious. Time to meet his fam bam.

You want to make a great impression, so you really put a lot of effort into your appearance, no tracky dackies and messy ponytail today. You are looking amazing. You put your best foot forwardand then the front door opens.

For some, the whole mother-in-law experience is really just delightful. You share a common love, her son. Really he is amazing so she has definitely done something right there! You are welcomed into the new clan with open arms.

For others sometimes the new mother-in-law can be well a little less pleasant. You may feel like you are thought of as not the right girl for her little boy, or that you really should put a little more effort into your appearance, or seriously, woman how can you live in such filth?!!

As a mother of a son, I do get the whole wanting the best for your child no matter what their age is. Maybe I may become one of those nightmare-ish woman who has apron strings made of steel and can’t be cut. I hope not I really do, but you mess with my child, you will have me to answer to. Ok, so that’s just a little insight to my psychotic mother side, let’s get into what other mothers-in-law have actually done.

You will cringe, you will blush, you may even nod knowing exactly what these women and men are going through.

Ange (name has been changed for privacy reasons and to avoid the wrath of dear MIL) and her husband had been together for 13 years and married for eight of them, so they had a pretty strong relationship.

It seemed though, her MIL really didn’t approve of the marriage, much less Ange. When Ange and her husband were visiting on one occasion, Ange had a bad cold, and feeling tired and not well, after dinner, she went to bed.

After Ange left the room, her MIL, who obviously thought it safe, voiced her opinion to Ange’s husband which played out something like this:

MIL: You know you can still become a priest.

Hubby: I don’t think so (probably because becoming a priest was something he has NEVER wanted to do!)

MIL: Why? You would make a good priest!

Hubby: Well because I’ve never wanted to become a priest and I am MARRIED!

MIL: Well, there are ways of taking care of that… (she then proceeded to pray for him)

Holy shitoly right?! Apparently, MIL is a very religious person, and since Ange and her husband weren’t married in a church, the MIL didn’t believe they were really married.

I just wonder what in fact ‘taking care of that’ actually means? I would not be accepting any food or drink from this woman Ange, they may contain a little extra unwanted ingredient if you know what I mean!

How about this anonymous story from Ask SAHM:

“My sister and her husband had mediation today to finalise the custody arrangement of their 2 boys. Her ex brought his mother along (her meddling is a huge part of why their relationship crumbled – she moved in and took over) and apparently she was being a right royal cow demanding this that and the other. My sister told me that she was demanding that my daughter be included in the custody agreement and spend every second week at her house because she was desperate to have a granddaughter and she was stuck with only grandsons, and why should my mum have the pleasure of having a grandaughter as well as grandsons and she always misses out on what she wants . Apparently she had quite the tantrum when she was told they couldn’t include my daughter because, you know, she lives with me and her dad. “

“My mother in law is insane. She’s jealous of how I look so she cuts my head out of photos, she will ask specifically for family photos and then use scissors to actually cut me out before she puts them in an album or on the wall. Even if I’m in the centre of the photo, she’ll cut my face right out in a square and now that she’s on facebook she squiggles out my face with MSpaint or whatever before posting them. It used to bother me so much and I never understood what her problem was because we had no beef that I knew of… Then one night she got drunk and out of no where started screaming at me that she’s sick of the attention I get “You think you’re SO pretty, don’t you? DON’T YOU? Everyone’s always telling you how pretty you are, looks aren’t everything you know” It was so bad, I was in tears and everyone got up and left. Now I purposely give her pictures that are difficult for her to do it to so I can laugh at the result. Crazy bitch.”

“My mil tells me I’m selfish cause I breastfeed my 4 month old. Apparently I should have her on formula so she can go for sleep overs. Umm no. If that’s the case I will breastfeed her till she is fu****g 15, maybe older lol.”

“My MIL tried to pay me $5000 to break up with my husband when we first started dating because she already had a girl picked out for him, her best friends daughter who was born a week after him. She said it was his destiny and she’d already planned it. They don’t even like each other as friends. She is nuts.”

Not to mention, they should be given with love and respect. Well, apparently some didn’t get that memo. Here are a few examples from women, whose MILs probably should have just given a card and left it at that:

1. “My MIL always gave the other daughter-in-law the expensive perfumes, makeup and lotions. I just got the free gifts that came with that.”

2. “MIL bought me a tin of biscuits, ate the biscuits and gave me the empty tin (with crumbs in it as a gift)”

3. “MIL gave me a vegetable steamer wrapped in used Christmas paper. She then proceeded to tell me “It’s not much of a gift but as you insist on giving my poor boy frozen vegetables at least you can steam them.”

Ouch! This one was signed Guaranteed something (or someone’s) going to get steamed.

Wow! What do you say when you open up your gift and see that?! Especially if you’re not the sharing is caring type of person. Awkward level 1000. Eek!

With one poor woman, the MIL thought she would pass some kind words onto her son at his wedding. “We’ll love you no matter what”. Oh that must have stung! On your wedding day and your brand new husband is being consoled on his decision.

Keeping on the marital bliss theme…

One woman was telling her husband’s family how much she appreciated them in her life (they had been married 30 years) and her children’s lives. MIL quite spitefully replied “Well! It’s not like we had a choice. We never had a say in who he married!”

As I said earlier, not all mothers-in-law are horror movie plots to be written.

Admittedly though, I do enjoy a chuckle hearing about the Mothers-in-law from hell. 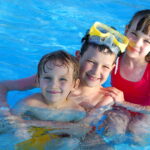 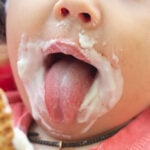