Let’s face it, the term “dirty weekend away” was founded by parents.

Parents who have no way to escape their children’s grasp, whose bed is consumed by a tiny person dribbling on their stolen pillow and whose partner is split from contact by a wriggling child refusing to sleep anywhere by the crest of an armpit. Oh yes, we, parents, are the ones who created the ‘dirty weekend” because frankly, how else are we going to get some!

Hail those whose children sleep soundly in their own beds. Seriously, I applaud you; even envy you, but some us who don’t have that luxury our only escape is to pack our bags and book into a hotel. This is perfect for me, as a sucker for high thread count sheets, bottles of champagne in ice buckets, glitzy elevators and miniature toiletry kits, a dirty weekend away is like a trip to Disney Land, only better! Heck, the whole idea of plonking my head on a 2000-thread cotton pillowcase makes me deliriously happy… of course, my husband is there too. He knows all too well that simply booking me in to a fancy-pants hotel room with a fully stocked mini bar and a bed topped with more pillows than a human could ever require will be satisfaction enough.

But forget about luxury pillowcases and take-home shampoo, some hotel owners have taken the term “dirty weekend” to a whole new level “” and some of their “ideas” may shock you!

With so many satisfied (hehe) customers, there is no wonder other well-known hotel chains have caught onto this dirty weekend trend and introduced their own style of sparking intimacy.

For Valentines Day in 2014, the Z NYC Hotel in New York offered its guests a choice of sexually explicit packages, some which were as simple champagne and roses, or in-room massages and breakfast in bed. While the Naughty option included edible underwear, handcuffs, blindfolds and a tickle feather.

If you are feeling a little shocked by this revelation, perhaps you aren’t spending much time in hotels. Some are making it so obvious that they are decorating the rooms with red satin, hanging photos of nude men and women and even installing four-poster beds. Don’t freak out about the staff “judging” you either, according to traveller.com.au, the staff are trained to encourage couples to upgrade their rooms and purchase intimacy boxes during their stay.

Jessica Rodrigues, PR Manager for The Drake Hotel Properties told traveller.com.au that when it comes to intimacy, privacy and secret pleasures, hotels have a long and storied past.

“From Sinatra to Capote, Patti Smith, Warhol and Marilyn Monroe, the famous, nearly famous and the infamous have always used hotels as sexy backdrops for romance and fantasy,” she said.

“Our Pleasure Menu offerings were the first of their kind in North America, and are still one of the only pleasure menus found in Canada,” Rodrigues says, adding that the bestselling items are the bondage tape and the Astroglide lubricant.

It all sounds very “50 Shades Of Grey”, but don’t get these guys wrong, they are seriously onto a winner with millions booking in to their sexy suites around the world.

Yep, the dirty weekend away has certainly changed the hotel business… although we have not seen the introduction of stripper poles and mirrors on the ceiling just yet”¦

Would you like to spend a dirty weekend with your lover in one of these sexy hotels? 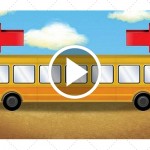 Which Way The Bus is… 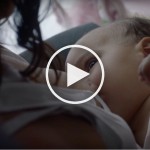 10 Easy Ways To Annoy Your Mother-in-Law

Christmas Day isn’t always pleasurable. It’s a time when many of