In many cases of sexual abuse and rape, there seems to be a grey area around whether or not the victim consented to the act.

So what is the difference between sex and consensual sex?

Since the 1970s there has been considerable change to the law relating to sexual offences across Australia, as has been the case in many other countries””parallel to a move towards the introduction of family violence legislation and protection order regimes.

In relation to sexual assault reforms, these developments were brought about by a number of factors including: growing community awareness about the extent of sexual violence and the manner in which complainants were historically treated by the legal system; the growth and activism of the women’s movement in this area; and growing awareness about the particular problems faced by child sexual assault complainants in the legal system.

Feminist research and advocacy from the 1970s argued that the law addressed sexual assault in discriminatory ways, including the way in which it viewed and assessed women and children as complainants. This work drew attention to a range of myths and misconceptions that underpinned the approach of not only the laws on sexual assault, but the approaches of key legal players (police, prosecutors, defence lawyers and judicial officers). This work highlighted the way in which the law in this area has largely been defined and implemented by men and presents particular historical ideas about women, children, men, sexual violence, and sexual relationships more generally.

The vast majority of adult sexual offence cases rest on the issue of consent. More often than not, there is no physical evidence of the assault or witnesses to the assault. Therefore, the focus of the trial is on the competing evidence of the complainant and the defendant about whether the sexual activity was consensual.

The Rape Law Reform Evaluation Project (RLREP) conducted in Victoria found that in 30% of rape trials conducted in 199293, the defendant’s main argument was that the complainant had consented to the sexual intercourse.

The focus on consent, and the way in which consent is constructed in law, have been the subject of considerable criticism. It is seen as the key way in which the focus of the trial is placed on the complainant, her actions and behaviour””rather than on the behaviour of the accused. The focus on consent, therefore, is inextricably linked to the focus on credibility, where women and children””particularly when they raise allegations about sexual violence””have generally been seen as less credible.

In both adult and child sexual assault cases, the key aim of defence questioning is to challenge and undermine the credibility of the complainant. For adult complainants, this is intertwined with the issue of whether the activity was consensual. For children (as well as for adults), it is about whether their evidence can be believed.

1. “I didn’t resist physically does that mean it isn’t rape?”

People respond to an assault in different ways. Just because you didn’t resist physically doesn’t mean it wasn’t rape “” in fact, many victims make the good judgment that physical resistance would cause the attacker to become more violent. Lack of consent can be expressed (saying “no”) or it can be implied from the circumstances (for example, if you were under the statutory age of consent, or if you had a mental defect, or if you were afraid to object because the perpetrator threatened you with serious physical injury).

2. “I used to date the person who assaulted me does that mean it isn’t rape?”

Rape can occur when the offender and the victim have a pre-existing relationship (sometimes called “date rape” or “acquaintance rape”), or even when the offender is the victim’s spouse. It does not matter whether the other person is an ex-boyfriend or a complete stranger, and it doesn’t matter if you’ve had sex in the past. If it is nonconsensual this time, it is rape. (But be aware that a few states still have limitations on when spousal rape is a crime.)

3. “I don’t remember the assault does that mean it isn’t rape?”

Just because you don’t remember being assaulted doesn’t necessarily mean it didn’t happen and that it wasn’t rape. Memory loss can result from the ingestion of GHB and other “rape drugs” and from excessive alcohol consumption. That said, without clear memories or physical evidence, it may not be possible to pursue prosecution (talk to your local crisis center or local police for guidance).

4. “I was asleep or unconscious when it happened does that mean it isn’t rape?”

Alcohol and drugs are not an excuse or an alibi. The key question is still: did you consent or not? Regardless of whether you were drunk or sober, if the sex is nonconsensual, it is rape. However, because each state has different definitions of “nonconsensual”, please contact your local center or local police if you have questions about this. (If you were so drunk or drugged that you passed out and were unable to consent, it was rape. Both people must be conscious and willing participants.)

It depends on the circumstances. If you didn’t say no because you were legitimately scared for your life or safety, then it would likely be considered rape. Sometimes, it isn’t safe to resist, physically or verbally “” for example, when someone has a knife or gun to your head, or threatens you or your family if you say anything.

Here is a link for help services in Australia for victims of Rape.

What do you think is the difference between sex and consensual sex? 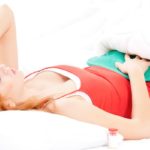 5 Ways To Deal With…