What have I got to do to get regular sex?
Answered 43 minutes ago
Pee in shower?
Answered 3 hours ago
I cannot afford the mortgage
Answered 7 hours ago
how far do you have to park from a 90% bend
Asked 11 hours ago 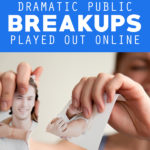 Sit back and grab your popcorn people, because you are about to witness the 15 most Dramatic and Public Breakups ever played out online. There is something morbidly fascinating about watching people fight online…..

“I wasn’t working at this bar but I witnessed a break-up there on Valentine’s Day.

This couple was arguing – very loudly at that – about their problems in the relationship. Well one thing led to another and then a woman screams out:

The poor guy didn’t even know what to say. He was so dumbfounded that he just sat there while she stormed out.”

At Least the Cake Was Good

“I saw a failed marriage proposal. It was so awkward cause the guy had a cake made and everything. He said he didn’t want it anymore and left the cake. So I’m like sitting in the back eating a cake that says “Julie, Marry me?” with a bunch of other servers. 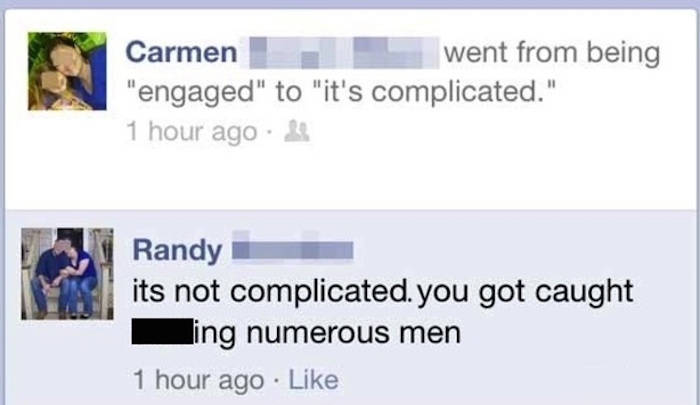 Who The F*ck is Laquisha?

“So I’ve seen one that was really bad. I was with my SO in a small restaurant in Brooklyn and there was a couple sitting in a booth near us. The girl was pissed since the guy was on his phone so much, so she goes and snatches his phone from his hands. She then yells “LAQUISHA? WHO THE FUCK IS LAQUISHA?”

He tried his best to stammer out some sort of response, but then she started reading out the messages that this guy had written to Laquisha. She then dramatically threw the phone on the ground, screamed about how it was over, and stormed out of the restaurant. Some people were shocked and others applauded.”

Skype date with my girlfriend at the time and out walks a naked man from the bathroom behind her. Then he waved at me as he passed. #HowIGotDumped 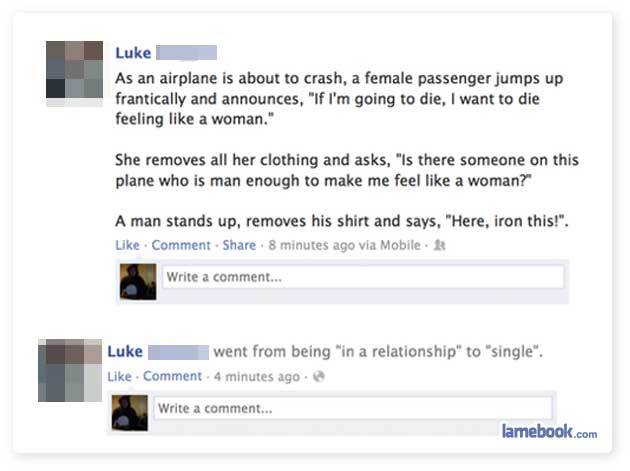 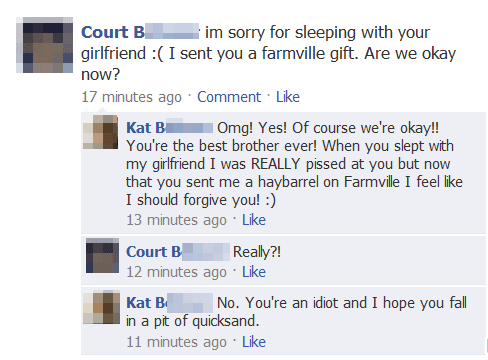 “One month before our fifth anniversary, my boyfriend went to meet friends for dinner and never came back.  When I finally got a hold of him three days later for an ‘Official Breakup’, I told him every single thing that had happened in the episode of Game of Thrones from the night before.  He was a book reader so had been waiting over five years to find out what happened. Maybe I am the shitty one.”

I Threw Up and Shat Myself

“I broke up with my boyfriend of five years.  That night I got so drunk I booty-called him and our friends made him come get me.  As soon as we got back to our house, I proceeded to throw up so hard I shit myself, not once, not twice but THREE times.  I woke up clean in my bed.  We did not have sex, needless to say.  Great guy, hope he’s doing well.”

Scott Kelly Has Got a Small D*ck

“At the Big Day Out in Auckland, a plane flew above Ericsson Stadium with a flying banner saying ‘Scott Kelly Has Got a Small Dick’.  The plane flew above the festival for two hours straight.

Now no one really knows Scott Kelly, we presume he is in the crowd of thousands…..   #AWKS”

Don’t Stick Your D*ck in Crazy

“I used to date this one girl who was five kinds of batshit insane. Not only was she a compulsive liar, bipolar, ADHD without medication (because she didn’t like taking them), but she was also a horrible, horrible person.

She had pet fish in an aquarium, and after we’d dated for a while she bought some new fish and named one of them after me. A couple of weeks later we break up.

Fast forward a week, I get an email. From my Emosaurus Ex. It was an email without any text, but it had a picture. A picture of the fish named after me, impaled on a fork.

Edit: Don’t stick your dick in crazy. Learn from this thread.” Is your new honey a crazy person?