As a huge fan of dating shows, I have always been interested in what it is really like to be a contestant.

While it all looks very glamorous, romantic and of course dramatic, there is a lot more that goes on behind the scenes that contestants have to deal with and though some leave with love, others with considerable insta-fame, some are left reeling from the harsh realities of online bullying.

I sat down with Justine Adams who appeared on the latest season of ‘Farmer Wants A Wife’ to talk about her experience on the show, finding love and dealing with online bullies.

What made you decide to go on the show?

I applied and didn’t ever think I would have made it past the application stage. I wanted to try a different dating avenue and ‘Farmer Wants a Wife’ claims to be Australia’s most successful dating show, so I thought ‘why not’ and just went for it! After the audition stage, things escalated quickly and before I knew it I was standing on Neil’s farm.

Did you get to choose Neil?

I did get to choose Neil. When I applied I nominated which farmer I was applying for. I also had to state who I wanted and why at the audition stage. As my application progressed I then had to write to Neil about why I chose him and write about myself.

The farmers then got to choose 8 girls from a bunch of applicants the producers narrowed down.

How did you feel the first time you met Neil?

The first time I met Neil was when he walked through the doors on the night all the girls got to see and meet their chosen farmer. I was so relieved to see he looked like he did in his video and that his personality was exactly as it was in his video – super genuine and kind. At that stage, it was hard to get any real connection or even get noticed by Neil because 7 other women were around.

How did your relationship progress? Was it like we saw on TV?

Neil and I worked out pretty early on we liked one another. It progressed nothing like it was portrayed on the TV. It was a real challenge at times liking someone but having other women around who were also vying for his attention.

He was so good about the whole process and made me feel so secure about his feelings for me, so I didn’t mind he had to play the game and ‘date’ other women.

We knew it was a show and had to go along with certain things for that purpose.

What is it like being on a date with a camera crew?

Horrible! I hated it.

I got so awkward and nervous whenever Neil and I had to have a ‘private’ moment which isn’t private at all.

Picture having camera people, one sound guy, and your producer standing a meter away. We were much better off camera and I loved the memories and moments I have with Neil off-camera, as those were real.

What was it like having to leave your kids for filming? They must have been so excited to see you on television?

I had never been away from my kids for more than two weeks. Everyone was told we could be away for a minimum of 3 days to a maximum of 5 weeks. So, we had to pack for that amount of time regardless. I didn’t tell my kids too much detail as they are still quite little (six and eight), and I didn’t know if I would have needed to as I could have been there only three days.

As the weeks went on we would FaceTime and I would show them the farm. Those FaceTime calls got me through some tough days of missing them. The kids have an amazing dad, so I didn’t have to worry whilst I was away as they were with him. I’ve since asked the kids if they remember me being away and they hardly have any recollection (so it’s just me having my mum guilt for no reason now!).

They enjoyed watching themselves and their school friends were excited to see them on there.

How do you feel about the way you were portrayed on TV?

I was portrayed ok at the beginning but as the weeks progressed, I was made out to be the tantrum thrower/impatient/jealous one that was coming between the ‘people’s choice’, Karissa. That created drama as people wanted to see Neil and Karissa end up together, and you know what they say, drama creates ratings. I wish they showed more of our relationship forming as that’s more of what the previous series were like. Showing more love!

My personality is the complete opposite of how I was portrayed toward the end as I’m quite laid back and not jealous because as I’m ok with who I am as a person. Although I do throw a few tantrums if I’m cranky and something has really annoyed me haha! People know how I feel and I don’t tend to hide my emotions.

People really lost it over you saying you couldn’t just pack up and move as you have kids.

This seems completely understandable to me as a mum that you would need some time to sort everything out. Were you surprised by the public’s reaction?

I would say disappointed but not surprised by the public’s reaction. I had known Neil for eight weeks. I don’t know anyone who moves in with someone after knowing them for only eight weeks.

The expectation is a bit extreme.

Yes, I did go on the show knowing if I met someone and ended up liking them (which I did) that moving could be an obstacle, but if something is good you just take it one day at a time and cross one bridge at a time. Neil also knew from the beginning that I had young kids and moving would be an obstacle.

You have been subjected to some pretty awful online bullying, can you go into a bit of detail about that?

The number of disgusting comments I’ve read about myself received personally and been sent by people was really hurtful. People are entitled to their opinions on who they think the Farmer should be with, but to attack someone on things like their appearance and to go as far as how they think you would be as a mother is not acceptable. Words hurt. There are sites created to write the worst comments on reality TV contestants. People forget we are real people with real feelings.  People thought their opinion on who Neil should end up with was the right one, and never took into consideration his feelings or mine.

There’s so much around about bullying and making bullies accountable these days, but unfortunately, online bullies aren’t in the same category nor are they ever held accountable. I encourage you to watch Erin Molan’s talk on the matter.

How did that make you feel?

Actually, a lot worse than I thought it would. People are always saying I’m a strong person, but you’ve got no idea until it happens to you and you’ve experienced it. It really broke me and I got a lot of anxiety leading up to episodes being aired as I knew what was coming (in the way of comments/messages etc).

I luckily have a really good family support network and lots of good friends who helped me through. Liz and Madi from the show are now two of my closest friends who were there for me through some pretty dark days.

Neil was also amazing and super supportive even though he’s in a different state (the number of times I called him in tears, and he would answer EVERY single time was another reason I coped).

How are you and Neil finding life now given the border restrictions?

Neil and I speak every single day – calls, FaceTime, messages, etc. Although it feels like my children take over the phone when they know he’s on it and I have to fight them for my phone back!

If the borders open at Xmas, the kids and I are getting on a plane and on our way to Crookwell!

What is one thing that you would like to say to the people who bullied you online?

Don’t believe everything you see on a screen and don’t comment if it isn’t something you would want to read about a loved one.

For information on how to deal with online bullying head to Reach Out. 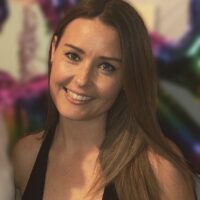 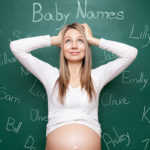 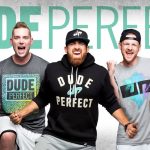 10 YouTubers that are Appropriate…