Being a racehorse jockey is certainly not a profession suited to everybody.

For starters, you need to be born small in stature and light in weight, so that cancels out much of the population right then and there.

But even if you are the right size to aspire to be a professional jockey who enjoys race day success, life is not easy and success doesn’t come for everyone.The daily rigours, routine and strict regimes of the average Australian jockey require true dedication to the profession and a real passion for the sport. Without these two vital character traits, failure is likely the only outcome.

Being a jockey isn’t like getting up for your day job at the office. These men and women don’t work 9 to 5, they can’t eat whatever they like, and weekend work is a part of daily life in this profession.

In a way, life as a horse racing jockey can be similar to that of professional models, as in jockeys are always under pressure every single day to maintain a low body weight. Just as a catwalk model is not likely to get hired if they are overweight, a jockey that’s too heavy won’t find themselves a ride on race day.

The lighter a jockey is, the more rides they are likely to get, and often jockeys strive to be no heavier that 51kg or so. In order to maintain or get down to these weights, some jockeys will take appetite suppressants, laxatives, or indulge in severe dieting just to remain competitive on a weight basis. Not all jockeys will, as in many states these measures are not allowed under racing rules. Jockeys start off life going through what can be a rather gruelling apprenticeship, and life remains pretty rigid right throughout a jockey’s career, even as a professional who is winning races.

For the most part jockeys are up around 4am, 7 days a week for training and racing. Just that one fact alone would be too tough for most people to do consistently. And while some might envy the champion jockeys who get to race the Melbourne Cup, it has to be remembered how many years of hard work and dedication have gone into achieving that illustrious moment in their careers. There are also countless other jockeys who have put in just as much hard work, but never get to compete in the great race at Flemington.

While it’s certainly true that some successful jockeys are millionaires, the majority are working for basic wages, or getting paid on a per race basis.

The money is certainly not that lucrative when first starting out on their careers, and just like the horses they are riding, jockeys also need to maintain a high degree of health and physical fitness to compete in races week after week, month after month and year after year.

If a jockey has several rides on race day, often they won’t eat or drink during the meet for fear of adding extra weight and failing the weigh in before their next race. This can lead to a lack of concentration through dehydration, so there is definitely a lot of pressure in this unique profession.

Many jockeys will only re-hydrate and eat something after the last race of the day when the pressure is eased and they can relax just a little. Generally a main meal consisting of carbohydrates and protein will be consumed around 2 to 3 hours after their last race. It’s also vitally important to consume healthy liquids in the evening, as drinking alcohol, coffee and tea will actually impair the absorption of key nutrients, as well as make it harder to maintain ideal weight. Junk food binges are also generally out of the question on most days for jockeys.

We all admire the stunning racehorses we see running around the track on race day, and rightfully so, but I think it’s just as important to remember the tough life jockeys put themselves through to help bring us these coveted events.

Horse racing is also a dangerous profession, so jockeys deserve all the accolades and admiration they can possibly get. 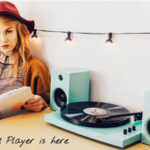 What’s the Fuss with Vinyl? The Home Loan Superpower Every…

Do you make your kids breakfast or do they do it themselves?
Asked 53 minutes ago
Did you suddenly had this urge to hook up with someone when you and your SO decided to get married?
Asked 2 hours ago
Just buy Australian owned & made!
Answered 2 days ago
Is it so wrong to let my kids walk to school?!
Answered 2 days ago