Okay I will be the first to admit it. After two kids and a total of 2.5 years of breastfeeding, my breasts can no longer be medically classified as breasts. They look like saggy pancakes.

And I say this in the nicest way possible. And I know that mine aren’t the only ones that look like this. It’s a common complaint with all of my mummy friends. So, hands up ladies, how many of you have thought about doing something about your jiggles-formally-known-as-boobs? Breast lifts and breast augmentation in Australia are actually quite common among mums across Australia. I was lucky enough to get one of my friends who has had a little work done to reveal the truth about breast augmentation surgery. And here is what I found out:

So…. you have two wonderful rat bag kids. And you and hubby said no more. What made you decide to have the surgery?

After the kids I just wanted something special for me.  I had loved my pre-baby boobs but after children they were sadly deflated – my babies literally ‘sucked the life’ out of them.  After giving so much of my body to birthing and feeding I wanted to repay my body for the hard work it had done.  I wanted to feel sexy naked again, and be confident in my clothing.  I wanted to fill out my dressing up top rather than having saggy bags of skin I had to roll up like a pair of socks to get any fullness.

I started researching the procedure prolifically and looking at lots of ‘before’ and ‘after’ photographs to get a feel of how I wanted them to look. I asked friends and family that had had the procedure done themselves about their procedure and got a few recommendations for some surgeons.  After checking their credentials,  I tee’d up a few appointments to see who I liked and settled on a fantastic surgeon on the Sunshine Coast that quite a few of my friends had used.  I liked him because he really wanted his work to look ‘natural’ – which was what I was trying to achieve.

What was the procedure called and what exactly did this entail?

The Doctor suggested I have both a breast lift, and small implants behind the muscle to give me a bit of fullness.  He made me try on different size implants (via a crop top) until I got the look I desired.  The implants I chose were actually quite small as the Doctor was able to use a lot of the tissue I already had.  It was just now that they were so stretched, I had way too much skin hence the need for a lift.

My breast lift procedure included having to cut around my nipple and literally ‘cut the skin’ away from the bottom of my boobs.  It did leave me with quite extensive scarring because of the lift, but I used tape and special cream to minimise the scarring and now although a few years later I can still see the scars, only me and hubby will ever see them!  I spent two nights in hospital and went back to caring for young children on the third day.  It did ache for six weeks after, but it wasn’t intolerable.  Having little ones that wanted to be picked up was the hardest part, but I just sat on the floor and let them crawl onto my lap.

And where did you get it done?

I ended up going with Dr Lee Brown from Coastal Plastic Surgery – not only was he relatively close to where I live, he was very nice and I’m very happy with the results. But there are loads of full qualified plastic surgeons all over Australia.

How much did this set you back, approximately? And how long was the recovery?

It was a few years ago now, but at the time it set me back $13,500.00 for both procedures and included the two nights in hospital.  It was a lot of money, but I considered it an investment in myself.  The recovery was about six weeks, but the pain was just an ache, I wasn’t that uncomfortable except for the first few days.

I would say a 4 after surgery…. It was more uncomfortable than painful.

And what do you think of the results? How about hubby?

I absolutely love them.  I feel great in clothing, I feel great naked.  The scars are hardly noticeable.  Hubby wasn’t that keen at first at the thought of ‘bolt-on’s’, but he loves them now, and see’s how much more positive I am about my self image.

Can we see them (no, just kidding)

Would you recommend it to others?

Look it is a personal thing.  I think if you want boobs, and you don’t have them, go for it.  But do it for you.  Shop around for the right surgeon, and don’t go too big, it looks ridiculous – like half oranges on a plank of wood. 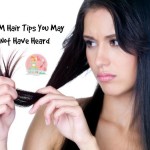 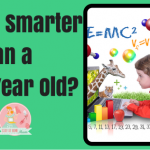 QUIZ Are You Smarter than…

Sons circumcision
Answered 7 hours ago
Is it normal for the mother of my step son to buy my husband a father's day gift and put my child's name on it?
Answered 1 day ago
How kinky are you?
Answered 1 day ago
What are some reasons you have lost a school mum friend????
Answered 2 days ago