I called my mate Steve at Suzuki Queensland and asked for something a little spicy. He chuckled and said, “Jodes how about a Suzuki Swift Sport?” Squeeee!

I have been a rev head for years, ever since I got my first car I have been zipping around narrowly avoiding speeding tickets everywhere. But you know, life gets in the way of a good time and over the years things gets a little more and more beige. As you probably know, children are fun stoppers, you need a car to carry a pram and fit two baby seats. Before you know it, you are wallowing around in a family truckster like an overtired Clark Griswold.

One of my first cars (I say one of my first cars because you can’t really count the first 2 shitboxes) anyhoo, one of my first cars was a Suzuki Swift sedan. The boss I was working for at the time felt sorry for me and my series of shitbox cars and sold me his Suzi Suzuki really cheap. I went everywhere in that simple little beast. I even drove it across the country, twice, with no air conditioning. So that is commitment.

A Little Bit of Excited Wee Came Out

I have had the absolute pleasure of driving a couple of Swift Sports at Suzuki drive days and they are soooo much fun. So when Steve suggested I could have a Swift Sport to long term test I was stoked, to say the least. I was also quietly hoping for any colour other than white so when Steve arrived in a burnt orange/reddish looking number I was a happy Mumma.

About Time I Actually Talked About The Swift Huh?

The colour that we have is officially called Flame Orange and it has a black roof and it looks awesome. This latest model swift looks so much different to the original sales behemoth that was released all the way back in 2005. Although it is a different looking thing, the styling cues from that OG model are still there. The Sport sits on some really cool looking 17-inch alloys that really compliment the black roof. The stance looks good and the little aerial on the roof makes it look like a dodgem car.

Sitting behind the steering wheel is a really nice place to be. The seat is sport and hugging without being uncomfortable. The steering wheel looks like it is straight out of a supercar, it is flat on the bottom and covered in switches and buttons. Gotta admit to feeling a little bit like I am now Lewis Hamilton. Everything is really easy to operate and easy to reach. The back seat, although a little snug (hey, this is a small car) has room for two adults in comfort or three kids without too many fights. Around to the boot and it is surprisingly cavernous. The official brochure says it is 265 litres with the seats raised, but I have no idea what that means, I just know I can fit a week of shopping in there for four, so it is big enough. The standard Suzuki 7 inch touchscreen infotainment system is present and works great with Google and Apple gizmo integrations.

Let’s cut to the chase, the best part of this car is actually driving it. I get in the swift and a smile immediately comes to my face. This is a fun car, yeah, that is the best way to describe it, fun with a capital F. In a world where the school run it full of black Prados, it feels really great to drive the Sport. I feel like I am a party to something that they don’t even know exists. Man, I love this car.

Now, at 103KW the Sport is not a rival for a WRX but that is not the point, at all, not even a little bit the point. This thing weighs in at a featherweight (these days) 995kg kerb weight for the auto. And therein lies the key to the fun, lightweight, good power, great steering and mega torque all adds up to what is missing in most modern vehicles, fun. You can tromp the throttle off the lights, blow the door handles off the car sitting next to you, laugh like a deranged banshee and still not break the speed limit, fun.

Point the Sport at a corner and the little banger has so much grip that your passengers will be squealing while you sit there in your sporty seat grinning like you know next weeks lotto numbers and once again, under the speed limit, fun.

If you are even slightly considering a small car, I implore you, TAKE A SUZUKI SWIFT SPORT for a drive, you will be stunned at how much fun they are. We have driven ours all over the place and it takes everything in its stride and all at about 6.5L per hundred. Tell me where you can have so much fun for such little fuel.

Our Sport as tested. Auto $31,990 drive away, metallic paint or two-tone (like this one)- are extra. 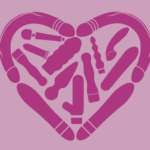 NSFW: How to Introduce Sex…