Why are gamers slandered by the media?

Video games and their players have always gotten blamed for the bad things in our society. When people commit crimes – both on a small and large scale – they find some popular game to link back to the assailants’ motivation.

People have been doing bad things long before a TV screen with a controller attached to it even was conceived in some genius’s mind (thank your Genius…whoever you are.)

Regardless, gamers are only now starting to become some of the most prominent people in society. In fact, it’s becoming cool for famous figures in all fields to claim the gaming and anime communities as their own. Because of this, it’s becoming easier to declare the gaming community openly without fear of being judged or bullied.

There is a book called Reality is Broken that talks about how video games actually help people. We’ve scrutinized the material and compiled 3 reasons you should not be ashamed to be a gamer in 2021.

1. Games can sometimes motivate and reward you more than real life does.

Today, video games are more popular than ever before. A whopping 97% of young people play video games every day.

Many experts think that video games’ popularity is based on a concept known as escapism, which offers a chance for us to distract ourselves from the pressures of reality for a few hours. That makes sense for some people, but it’s a crude way to simplify what’s happening in a gamer’s mind during a gameplay session.

There are so many aspects of gaming that go beyond the screen and the controller.

For example, there are chat rooms and video game forums that allow communities in the gaming world to bond socially in ways that reality cannot offer.

Games also provide people with justifiable optimism, which is a term that describes the good feeling a player experiences when they know they can win. No game is unsolvable, and people feed on that hope. Failure can even be fun and foster growth in players.

However, when games can provide a feeling of triumph after you’ve spent your entire day struggling through the woes of life, it can be motivating to reset your mind by beating a boss or completing a difficult mission with some friends.

That experience alone can be enough to prepare you to do it all over again in the morning.

The image of a video game freak being some kind of lonely, passionless youth living in his parent’s basement has been used to describe the typical gamer, and that couldn’t be further from the truth.

This perception of games being isolated and alone in their own worlds is inaccurate. Video games have been increasingly more social than ever before. Because of advances in social media and online gaming networks, people find that their most significant relationships are the ones they have online with friends they speak with every day.

For example, the notorious game, Old School Runescape is the OG of the video games and it is not dying, a lot of people are also hustling in it by selling OSRS Gold, there are plenty of games where such action is happening, other notable games with such features are ESO Gold and Warframe Platinum.

Online gaming help people be more open about their feelings and allow for more engaging conversations than in real life, where you have to be a bit more reserved with how you speak.

Unfortunately, individuals take things too far, using very harmful and toxic language to tell their story. However, that type of nonsensical behavior is prevalent in all walks of life, and gaming isn’t safe from the negativity.

Still, there is something sacred about getting in a lobby with your best mates that you all probably don’t care about so that you can chat it up and have a good laugh.

Sometimes, I throw on my headset while I study to hear my buddies chat and laugh at their jokes. It really makes me feel like we are in the dorm room packed with sweaty friends eating pizza and throwing down some cold ones.

Our society is growing more depressed every day. The self-help industry has proliferated drastically in the past couple of decades due to this fact. The World Health Organization believes that the depression of our society is the most significant threat to the health of the world. People are super cynical about the idea that there is a way to obtain happiness. There’s truth to that claim. Students drop out of school more now than ever before, people of this generation jump from job to job on a whim, and trades aren’t being maintained in families because of this idea that everything has to be perfect for it to bring happiness.

However, if you look at the way gamers approach gaming mechanics, you will understand that happiness is as genuine as our acceptance of it. Let’s consider the prevalent genre of video games that has taken the gaming world by storm in the past decade: battle royale. People love playing the battle royale because the odds of actually winning a game are so low that they just kind of accept the loss.

The purpose of a battle royale is to gather as many supplies as possible so that you are suited and equipped with enough gear to withstand a potential skill gap and win the fight by the time you encounter enemy players. The problem with this model is that there are people who are so good at the game that they can overcome even worse equipment than other players (which goes for hackers, too, but that’s a different conversation).

Well, you would think that’s a problem. The truth is that there is a clear ending in mind when it comes to battle royale games. You know that the chances of your reaching the end with a victory are 1 out of 100 or 1 out of 150. Those aren’t great odds, but people still play. Why?

It’s because the most fun aspect of the game is running around and sneaking from building to building, looting and picking up whatever crap you can pack into your sack. You spend significantly more time running around searching for items than you do killing bad guys, which we think is the game’s main idea. The truth is the main game IS the survival aspect. Winning fights and making it to the end is the bonus.

In life, the ones who strive to be Bill Gates and Jeff Bezos either luck up and become them, or they don’t and waste their whole life chasing a 0.0000001% chance of impossible greatness. There is nothing wrong with shooting for the moon, but you will burn when you get too close to the sun.

The point here is that the people who enjoy the game more are the people who run around looting casually with their friends and get lucky wins and kills from time to time.

They have mastered the art of loving the journey and dropped the lust for the win because it’s that same desire to reach the top, making life feel depressing and impossible for us in the real world. It’s a sad truth that many of us live every day.

Are you proud to be a gamer?

We understand that this article was a bit less specific in terms of content, but we hope we’ve reached someone with our corny platitudes about happiness. It’s an unfortunate state the world is in right now, but many gamers have it figured out.

Have you ever been made to feel ashamed of playing games by a loved one or classmates? If so, let us know in the comments.

Also, gamers in this generation of media are among the highest-paid individuals, with content creation and streaming as reliable ways to make money. You can make money with gaming, too, in example, selling CSGO skins. There, they service in-game currency and items that you can trade to earn real-world dollars.

Stay At Home Mum's Content Manager and Guardian of Content Land lol ~You get in life what you have the courage to ask for (with the right attitude...Read More plus a handful of guts).~ Read Less 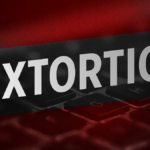 You Need To Teach Your… 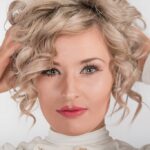 6 Easy Hairstyles You Can…

I need an easy (but funny) dress-up theme for an upcoming party.
Answered 3 hours ago
Baileys White Chocolate Fudge
Asked 3 hours ago
Child doesn't believe in Elf on the Shelf anymore
Asked 9 hours ago
Gassy Lasagne
Asked 11 hours ago 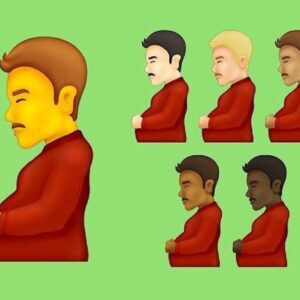 The Top 50 Questions People Ask on

Have you ever wondered what people Google on a day-to-day basis? 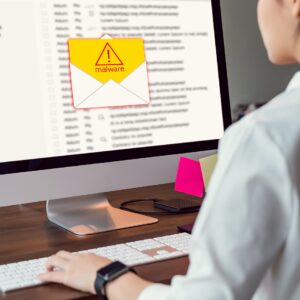 Ever since emails started becoming a natural way for people to

Whether you are worried about theft, just want to feel safe,