Don’t deny it, we all love a bit of celebrity gossip every now and again! Saying that, this year has been less about the “nip slip of 2013” or the “selfie of 2014” and more about the sad news of a celebrity break-up.

Even some of our favourites have called it quits this year, succumbing to the pressures of Hollywood and signing the divorce papers faster than the lawyers can dish out the cheques.

So, for all those who love a fix of celebrity goss, here are the top celebrity break-ups of 2015.

… and don’t be ashamed if they make you feel sad!

This one was seriously sad news, especially with three adorable little children involved. It was reported that Ben and Jennifer’s lifestyle differences drove them towards divorce after 10 years of marriage bliss. Despite the breakdown, the former Hollywood power couple seem to have settled things on good terms.

Absolutely one of the most heartbreaking celebrity splits of the year, Emma and Andrew ended things after four years of dating. Gossip magazines say, the pair have remained good friends.

Superman and the chic our of The Big Bag Theory, what could go wrong? Well, after just one year of marriage, apparently, it was a number of things, including drugs. Kaley Cuoco said she ended marriage to Ryan Sweeting ‘because he was addicted to painkillers prescribed after back surgery and refused to get sober’.

Rumours first spread surrounding the fate of Nick and Mariah’s marriage in 2014, but Nick officially filed the papers in January, TMZ reported. Mariah is now dating Aussie’s own, James Packer. She has definitely moved up in the world…

In August, Gavin and Gwen released a joint statement saying that they’d decided to divorce and co-parent their family of three. Gwen has since released a cringe-worthy song about the break-up, publicly crying over the split.

Next Page: More Celebrity Break-ups of 2015 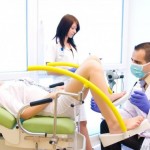 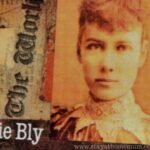 5 Women In History Who…

Neighbours constantly yell at kids..
Answered 4 hours ago
How common is circumcision these days?
Asked 7 hours ago
Is early 40s too old to study OT?
Asked 10 hours ago
5 Best Laundry Detergent Strips that are Eco Friendly and Waste-Free
Answered 14 hours ago