Pack the kids off to the grandparents, close the curtains and get ready to rumble!

There’s a sexy-time tablet, just for ladies, the female Viagra, which has us wondering if the little pink pills will be worth flicking your knickers across the room and getting them caught in the fan!

These exciting little excitement makers are happily known as Addyi, unless you’re on the board of the advisory committee recommending the drug for approval, then you’d be more formal in your introduction and address them as Flibanserin. So serious!

Where are you from?

Sprout Pharmaceuticals, based in Raleigh in the U.S, is led by a team of women dedicated to pursuing scientific breakthrough solutions and treatments for female sexual health disorders. Their sole focus is to deliver an approved treatment for Hypoactive Sexual Desire Disorder (HSDD) or distressing low sexual desire, for which there is currently no approved treatment.

What will you do for me?

Addyi, or Flibanserin, is designed to help pre-menopausal women who are affected by HSDD. It works by affecting three brain neurotransmitters. The messengers affected are Dopamine and Norepinephrine, which are increased, as they’re responsible for sexual excitement. Serotonin is decreased because it’s responsible for our sexual satiety (when you’ve had enough) and inhibition (don’t want that!). Men’s Viagra works by relaxing blood vessels in the penis, allowing blood to flow in and, if sexually stimulated, keeps the wing in the wang for a certain amount of time. So they are very different and Addyi isn’t actually a Viagra product made by Pfizer.

Are you good at it?

Apparently so, according to the studies in which the women involved showed a significant increase in sexual desire, decrease in distress from the loss of sexual desire and an increase in the frequency of satisfying sex. I’d say that’s a winning situation for all involved!

There are, and always will be, those who don’t agree with the results of the studies, the efficacy (how good it works) of the drug and saying that the risk/benefit ratio is out of whack. Justifiable concerns? For sure, as with all medications, nothing is without a negative side.

Anyway, whatevs! Let grown up women who are suffering from HSDD, talk to their grown up doctors who are listening and they might just possibly come to a suitable decision after weighing up the pros and cons together.

Let’s do it another way!

Most of us at some time suffer from a mild form of HSDD, most commonly known as ‘Not Tonight I’m Too Tired’, ‘I Can’t Be Bothered (or CBF)’, ‘Wake The Baby and I’ll Punch You’ or ‘Are You For Real?’. These are completely normal responses from tired parents and if the opportunity really presents itself, you know you’d be up for it and grateful for doing so afterwards. Not so with HSDD. There’s just zippo interest and not for lack of trying. That’s the difference. According to Dr Jen Gunter, who specialises in pain medicine, a lot of disinterest comes from physical discomfort due to vaginal dryness or atrophy (you don’t use it, you lose it?) and topical creams or gels can prescribed to alleviate such problems. She states ‘If every time you have a piece of chocolate, someone smacks you in the head, you’re not going to like chocolate’. Fair call. Pain is certainly a big enthusiasm killer.

You know what else is? RHW. Repetitive House Work. In my completely undereducated opinion (oh no, my pet dislike), I’m going to put it out there that if there was a whole lot less cooking, cleaning, washing, tidying going on everyday by the same person and a little more self-motivated help from one’s partner, meaning not having to be asked (nagged), things might be looking up more often! A little spur of the moment surprise will go a long way. Not the flowers and chocolates kind either, which are nice, but a spontaneous act of doing the dishes, folding the clothes or picking up the effing bath towels is sure to bring on the mood. Just saying!

Will I see you again?

Well maybe, depending how your nights have been, you might be well suited to a treatment like Addyi.  If you’re one of the unlucky ones who suffer the side effects of dizziness, nausea and sleepiness, a second date might not be on the cards.

A number of websites boast a ‘Pink Pill’ or ‘Female Viagra’ which contain the same ingredient (Sildenafil) as the fella’s little blue pill, actual Viagra. The pictures look like a pack you’d get from the chemist but are hot pink, which is quite inviting, and obviously reassuring that it is indeed for us chicks. The sites also conveniently enough, have an online ordering process that requires no prescription!!! Sucked in yet? I tried to order $619 worth of these hot pink hotties, which was 360 tablets, just to check if it was possible of course. I kept getting an error code on the way to the check out though. Oh well!

Want to come to my place?

Although Addyi is now available in the U.S, it could be some time before it’s recommended and approved by Australia’s TGA (Therapeutic Goods Administration), which doesn’t mean you technically won’t have access to it of course. Once more, enter the Internet, stage left. There’s sure to be some dodgy sites offering a no script needed service. Ordering medication online poses some serious health concerns, especially with a drug like this, which even in a safe prescribing situation comes with a long list of risks that must be outweighed by benefits by a doctor. I guess if you were absolutely intent on getting your hands on some, you might want to talk to your GP here before whacking your credit card details on an online order form?

What would you most benefit from — a medicinal treatment or someone else doing the chores? 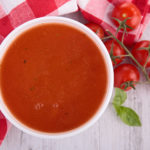 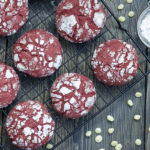 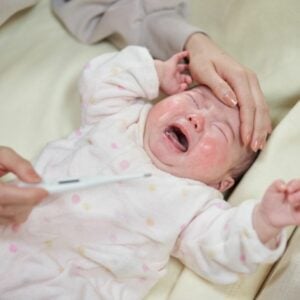 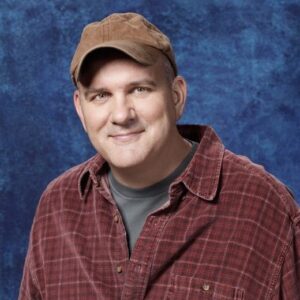