Brain cancer is an illness that, until recently, hasn’t garnered a lot of media attention.

Nor does it attract significant government funding unlike other cancers such as breast. However, brain cancer is Australia’s deadliest disease for children. Tragically, four out of five children diagnosed with brain cancer will die. In addition, brain cancer kills more people under 40 than any other type of cancer.

What is Brain Cancer? What treatments are available for Brain Cancer?

There are three main treatments for brain cancer. These are surgery, radiotherapy and chemotherapy. Surgery is usually the first treatment used for a brain tumour. Its purpose is to remove as much of the tumour as possible. Unfortunately, if the tumour lies too close to important areas of a healthy brain, it may not be safe or possible to undergo surgery.

Radiotherapy can be used alone, if surgery is not possible, or as an additional treatment. X-rays and other forms of radiation have been shown to destroy tumour cells or delay tumour growth.

The final treatment is chemotherapy which uses pharmaceutical drugs to kill cancer cells or to stop them from growing and dividing. The Truth About Brain Cancer”¨”¨

Each year in Australia, around 1600 people are diagnosed with brain cancer. Alarmingly, it has been estimated that in 2017, this number will grow to almost 1900 people. “¨”¨Brain cancer is more common in men.

This prognosis is in stark contrast with the five-year survival rates of breast cancer (90% of people diagnosed) and leukaemia (90% of children). The rate for brain cancer has not changed in the last 30 years.

Government funding for brain cancer research is disproportionately small. Brain cancer actually costs more per person than any other cancer, yet only receives less than 5% of federal government cancer research funding. To put this in perspective, breast cancer receives 40% of the allocated funding.

The reason why brain cancer costs so much is because it is highly debilitating and often affects people in their prime. This results in people needing to take time off work if they become sick or need to act as carers for family members.

So, what can we do to help?

There are a number of not-for-profit organisations that directly support brain cancer research. Please consider making a charitable donation, participating in fundraising events and purchasing merchandise in these organisations, such as: 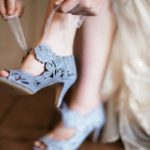 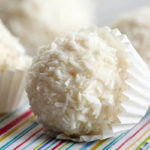 Have I done the wrong thing?
Answered 1 hour ago
Okay Boomer! Phrases We Are Tired of Hearing from Older Generations
Asked 17 hours ago
My husband is a womanizer I can spend a month with out having sex with him and I really need him what can I do.
Answered 1 day ago
Chicken and Cauliflower Bake
Asked 1 day ago