Is santa allowed to come early?
Answered 28 minutes ago
Not so much a question - feedback to sahm.
Asked 3 hours ago
What was the first thing you said after giving birth for the first time?
Answered 8 hours ago
Centerlink advance payment
Answered 13 hours ago

A woman has taken the law of attraction to a different ball game when she used her own vaginal fluid to attract men — and says it actually works!

In search of love, writer Allison Ramirez researched in 2017 how to attract men and she found out that it’s as simple as ‘sticking a finger down there and then use the said finger to dab your “natural perfume” on your pulse points.’

Allison said that history books revealed that this was a method of seduction used by courtesans of medieval Europe. Women spritzed their vaginal secretions behind their ears and necks and on their chests.

However, Allison said that this method was ‘a bit uncivilized’ and so she sought the help of Saskia Wilson-Brown, the founder and director of the Institute for Art and Olfaction, who runs perfume making workshops, to create her own personalised scent. 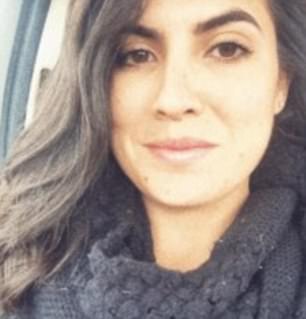 Saskia told Allison that essential oils such as rose, cinnamon, aniseed, and benzoin have aphrodisiac qualities and perhaps might be effective if mixed with her ‘womanly juices.’

Saskia also said that in a study done by the Smell and Taste Treatment and Research Foundation in Chicago, scents like pumpkin pie, lavender, licorice, and doughnuts can increase blood flow to a man’s erection.

And so, finally, Allison was given her final product — a sweet-smelling scent of her vagina secretions mixed with cedar, rose and civette.

Now, it’s time to put it to the test! Allison then went out on dates, and just on the first night of her date with an old friend, she said that she ended up sharing a drunken kiss with him in a photo booth.

She went on to another date with a friend of a friend a few days later, and she said that while there wasn’t anything extraordinary during the date to indicate the perfume had worked, but he did text her later saying he had fun and asking her out again.

So, would you want to try it out?