An interesting study has brought to light a remarkable change in the way that people now look at food.

Don’t believe us? Well answer us this: when you look at a piece of fruit or a vegetable, do you think about how healthy it is as a food, or do you think about what’s in it? Do you eat bananas because they’re high in potassium, oranges for the vitamin C and spinach for the iron? Then you’re doing it wrong! The study that uncovered this was published in the Journal of Health Psychology in June of 2015, and it suggests that not only is this ‘pinhole’ view of food very common, it also has the potential to be seriously problematic.

To be honest, the news should surprise nobody familiar with our approach to dieting and healthy living in the modern world. Everywhere we go we are bombarded with information about some foods being ‘better’ than others, and specific nutrients and micronutrients are usually at the centre of those claims. So although it is true, and good, that bananas contain potassium, that narrow view doesn’t take into account the fibre and numerous other elements that come together to make the food healthy.

Jonathon P. Schuldt, the author behind the study and an assistant professor of communication at Cornell University said that conflicting advice about nutrition was probably at the source of the confusion and unusual perceptions.

“Even though more nutrition experts are really emphasizing that we eat whole foods that have nutrients embedded in their natural contexts, these results [from the study] suggest that when it comes to perceptions of long-term disease outcome, nutrients still hold a lot of sway in people’s judgments.”

Schuldt and his team wanted to see just how much people believed that it was nutrients, as opposed to the foods they originate from, that helped prevent disease. So they put together a study group of more than 100 students (from the university) and asked them to judge how much risk a fictional person was from disease.

They split their study groups into two and had each group read a description about a fictional man and his life. The two descriptions were the same except for the last paragraph in which one group read about how his diet was rich in healthy nutrients (like vitamin C, calcium, potassium, omega-3 fatty acids and iron), and one group read how his diet was rich in healthy foods (like oranges, milk, bananas, fish and spinach, the whole food source of all of those nutrients).

The study groups then judged how healthy they believed the man was compared to an average person, and estimate how likely it was that he would suffer from five diet-related diseases including heart disease, cancer, stroke, obesity and diabetes.

Amazingly the group who learned that his diet was rich in nutrients rated his risk for four of the five diseases (not obesity) much lower than those who learned his diet was rich in healthy foods. When the results were compared to the test results of the students, they found that students with higher marks tended to value nutrients even more. The study’s authors believe that their ‘education’ about the scientific links between certain nutrients and certain diseases were at the centre of this. Despite only being a small study, the results do seem to provide an interesting perspective on the current state of affairs when it comes to nutritional perceptions. Certainly it explains why the supplement industry is making so much money while people search for superfoods over normal, healthy whole foods that are regularly available. Schuldt says that the industry is built on studies that link nutrients to health, but the foods are really more important. After all, “one cannot live off of vitamin C alone.”

With this recent study, it might help us realise our concept of ‘healthy’ may be unhealthy after all without the necessary combination of nutrients to improve our health and eventually prevent us from the risk of diseases. It’s not just us who need partners or lovers, but nutrients need it the most to interact and function well, working their best to keep our bodies safe.

Do you also have the same perception that eating one fruit or veggie alone can prevent you from certain diseases? 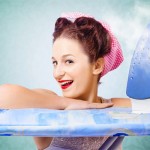 4 Tips To Reduce Your… 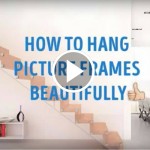