Mums that work but have toddlers? HELP!
Answered 40 minutes ago
Separation
Answered 49 minutes ago
What does owls in a raincoat mean?
Asked 2 hours ago
Hi, trying to download free wedding planner but not working can anyone help. Ta
Answered 5 hours ago

As mums we all want what’s best for our kids – for them to be safe, happy and healthy.

Not only is it important to make sure they are up-to-date with all their immunisations, but you also need to be vigilant and keep an eye out for symptoms of illnesses they might not be immunised against.

When one of my daughters became ill unexpectedly, I learned that our kids aren’t immunised against all strains of meningococcal disease, even if they’ve had the routine vaccination at around 12 months old.

Meningococcal disease is a rare, but often life-threatening illness, caused by a bacterial infection of the blood and/or the membranes that line the brain and spinal cord¹. It can be treated by antibiotics, but the infection can progress so rapidly that it can lead to death within 24 hours if it isn’t recognised quickly and treated in time.

Around one in ten who are infected with meningococcal disease may die³. Even if children survive it, whilst rare, around one in five are at risk of serious long-term disabilities including brain damage, limb loss and deafness². Most at risk of this dreadful disease are infants, young children and adolescents – especially babies under 12 months and toddlers and preschoolers aged 4 and under¹·¹.

It’s really important for us all to try to understand the warning signs of potential health risks and that’s why I’m sharing this information with you about Meningococcal disease.

Knowing what to look for can make all the difference if the worst should happen. Remember, time is not on your side if your child contracts meningococcal disease. The sooner they get medical attention, the better the outcome can be.

There are many different symptoms that may or may not appear when a person develops meningococcal disease. These are some of them:

So a few years ago, one of my daughters came down with several of these symptoms while she was at daycare – she had a sore throat, a sudden fever, vomiting and had convulsions.

We took her to the GP who immediately sent us to the emergency department to see a pediatric registrar. We never actually got to the bottom of what was wrong with her – she literally danced out of the hospital a few hours later when she was feeling better. The hospital performed tests to see if she had meningococcal disease and were able to rule it out. 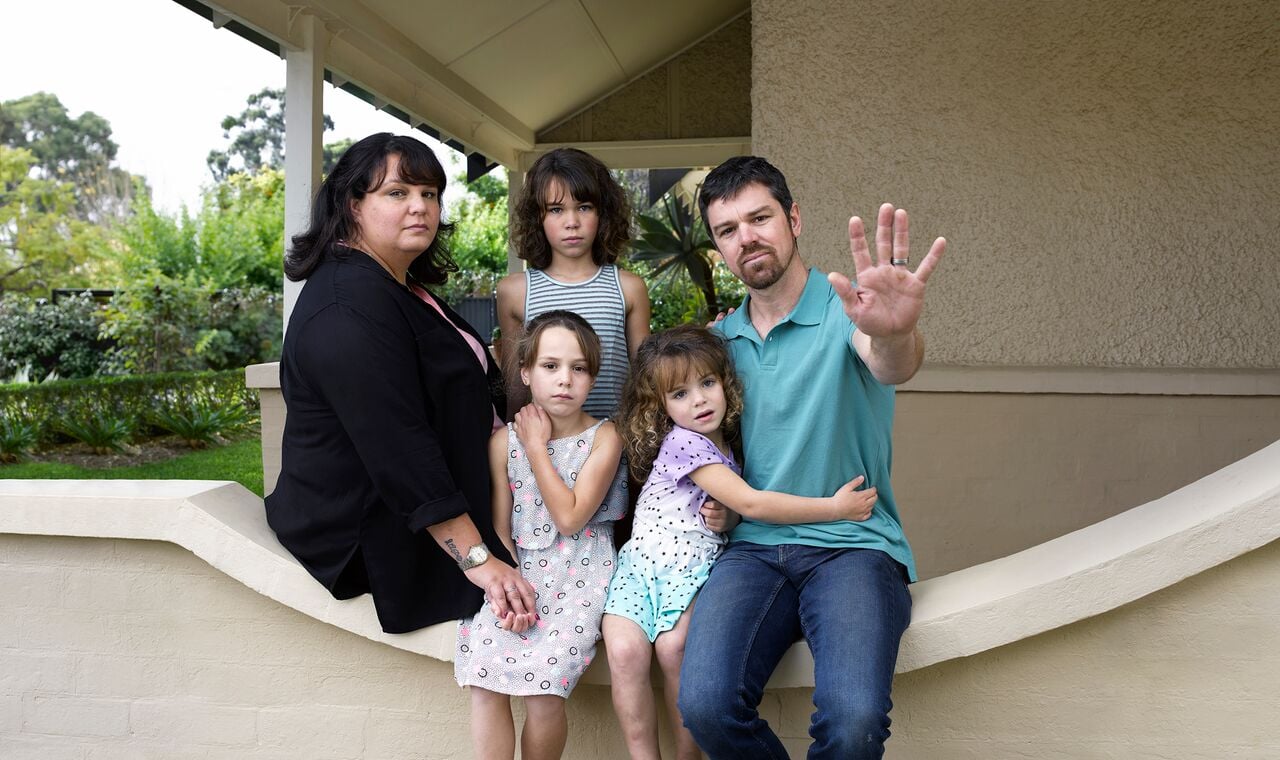 The staff reassured us that we absolutely did the right thing in taking her in to hospital because those symptoms could have been linked to the life-threatening condition.

It’s important not to wait to see a doctor – even if the rash or bruising is not present, your child may still have meningococcal disease. And while some of the symptoms of the disease can be the same as other common childhood illnesses, it’s important to be vigilant – it’s better to be safe than sorry, so don’t hesitate to see a doctor.

Know the facts when it comes to meningococcal disease – visit The Australian Department of Health for more information and ask your general practitioner for information on how to help protect your children against it.

The better informed we all are on meningococcal disease, the greater our chances are of protecting our children.

This post aims to be informational and does not constitute professional medical advice, please see your GP for more information.

If you become concerned about any symptoms, please seek immediate medical attention – we have some hotlines and suggested websites for further information and advice – https://www.stayathomemum.com.au/my-kids/babies/important-hotlines-websites/