Did you hear the most incredible parenting news stories that happened today?  Heard the news about the Elsa cake fail? Or unbelievable stories such as parents punishing their daughter for eating pop tarts? Catch it up right here!

A UK mum has heard what hearing impaired children want fun and cool cochlear implants! Mum Sarah Ivermee saw the need to make cochlear implants fun for the kids after a friend said her daughter didn’t like wearing them because it makes her feel different from others. Cochlear implants are surgically-implanted hearing devices that are placed over the ear and can easily be seen.

So Sarah, who also has a son, Freddie, who was also profoundly deaf when he was three months old, decided to design cochlear implants with cute stickers of different cartoon characters that kids (and even adults) love! She started by using nail stickers it became a business for her called My Lugs.

9. The sweet story behind the Elsa cake fail

It may not be the cake people wanted to look like as a representation of Elsa, the highly popular character of the movie Frozen.

But the story behind the making of this cake will blow you away. People made quite harsh comments posted in Reddit after comparing the Elsa cake that was ordered and the one that arrived.

The cake was done by New York’s McGreevy Cakes for Icing Smiles Inc, an organisation who makes custom cakes for families with a critically ill child.

“Our goal is to create a custom cake for the ill child, or their sibling, that provides a temporary escape from worry and creates a positive memory during a difficult time.” the Icing Smiles said in a statement.

The creator of the other cake, the one on your left, defended the baker, saying, “I know that no one means any harm here. It’s just that, well, I think someone tried. I think someone had the guts to go for it … even when, I’m sure, they didn’t know if they could pull it off.”

“Cause at the end of the day, they took a risk, and instead of hiding in their safe little comfy box, they stepped out of it for a second and gave it a go. And THAT’S what I think this life is all about,” she added.

8. Johnny Depp give a surprise visit to ailing Queensland kids

Hollywood actor Johnny Depp is in Queensland to film the newest instalment of the Pirates of the Caribbean, Dead Men Tell No Tales. During his time off from filming, he decided to visit a local hospital and surprise the sick kids and cheer them up.

Garbed in his role as Jack Sparrow in the latest instalment of Pirates of the Caribbean franchise, Dead Men Tell No Tales, he took his time off from shooting in Australia and went to see the patients at the Lady Cilento Children’s Hospital in Brisbane.

7. Boy saves baby brother from poisoning due to boat fumes

A boy has saved his baby brother from possible poisoning due to carbon monoxide fumes that filled the boat they are in in Lakes Entrance, Victoria. The boy noticed his baby brother went limp and showed him to their mum, who then noticed they’re inhaling fumes. Another young boy was also among those in the vessel. The three boys, including the infant were then rushed to Bairnsdale Regional Hospital.

Intensive care paramedic Mark Phillips said they arrived at the scene at about 8:50am just when the boys’ parents realised what was happening. Mr Phillips said the boys inhaled the fumes when the engine was started, but luckily recovered when they were told to get fresh air. The Country Fire Authority then investigated on possible carbon monoxide fumes on the boat but eventually gave it the all clear.

We sometimes hear other people say, “Never trust a tattooed man,” let alone a man almost covered with tattoos. But I tell you, trust Tony Moroney. He is 99 percent covered with tattoos but has raised $100,000 for HeartKids a charity that provides support for children with heart disease and their families.

Known as “Top Hat Tony,” this 50-year-old man took to the streets of Woodford for five years his unique fund-raising idea showing people his unusual appearance in exchange for donations for charity. Tony made this one of his life’s goals after he met a four-year-old boy, Benji, who had four open-heart surgeries. Though he developed a heart problem of his own a few months after he started fundraising, Tony continues to help kids.

With the United States legalising same-sex marriage in all states, the LGBT community has everything to thank for, including an improvement in their physical and mental state. Dr Warren Kealy-Bateman, the psychiatrist at Royal Prince Alfred Hospital says the lesbian, gay, bisexual, transgender and intersex population are mostly the ones who were bullied and degraded, which results to depression, anxiety and even suicide. Studies have shown that in Massachusetts gay and bisexual men surveyed made fewer visits to the local health care centre.

4. Widower gets back years later lost dollar with wife’s signature

A heartwarming twist of fate happened to a US widower one day when a cashier handed him years later the dollar signed by his late wife.

In a report by the WTNH, it was seven years ago when this Connecticut couple, Peter Bilello and his wife Grace, both signed a dollar and meant to keep it forever as a symbol of their love. The couple were married for 50 years before his wife died in November due to breast cancer.

But much to Peter’s despair, he accidentally spent the dollar two years later. However, a few weeks ago, Mr Bilello went out for lunch with his granddaughter when the cashier gave him his change a dollar which turned out to be the one with his wife’s signature in it. Both he and his granddaughter started to cry tears of joy. He said:

“It’s a miracle to get it back after five years. Who knows how many million people got that dollar in their hands?”

So, who says nothing lasts forever?

3. Is it safe to drink alcohol while pregnant? Study says — yes

But only in low amounts and not within the first three months. Drinking alcohol has been reported as a common behaviour among pregnant women in Australia, New Zealand, Ireland and the United Kingdom. Some study says light drinking with a small glass of wine once or twice a week won’t harm the baby. But some researches revealed that constant consumption of even low levels of alcohol during pregnancy posed a public health concern.

“It’s not known how much alcohol is safe to drink when you’re pregnant. However, it is known that the risk of damage to your baby increases the more you drink and that binge drinking is especially harmful,” Drinkwise Australia said.

So, it still pays to be safe and avoid drinking too much alcohol while expecting a baby.

2. US couple arrested for forcing teenage daughter to live in woods for eating pop tart

A Sumter County couple were arrested after cops found out they forced their 14-year-old daughter to live in woods just because she ate a pop tart without permission.

Police say James Driggers, 33, and his wife, Crystal, 36, told their daughter to stay in the woods for a week as a punishment. They did not forget about her basic needs though because they made sure she was armed wtih a flashlight, a roll of toilet paper, a whistle and a watch, and had to meet someone at a fence to get her food.

She was also forced out during a severe storm and was found by authorities two days after.

The parents are now charged with child neglect.

1. Coroner to hear case of young girl’s death due to battery ingestion

It was a tragic ending for this young girl who swallowed a battery last June 2013.

Summer Steer from Queensland was four years old when she consumed a lithium button battery and was said to have been sent home from hospital three times before she went into cardiac arrest.

Doctors always assure her worried parents she’ll be fine even after her complaints of symptoms including a sore stomach, high fever and black bowel movements. But Summer began vomiting blood and only then she was taken for an X-ray, which revealed the battery. She died two hours later. This week, an inquest will be made to see what could have been done to prevent Summer’s death and determine recommendations to prevent more deaths due to battery ingestion.

Summer’s is the first case of death due to battery ingestion. Around 260 children swallow lithium batteries in Australia every year. 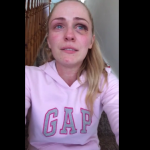 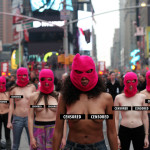 #FreeTheNipple Is Trying To Stop…