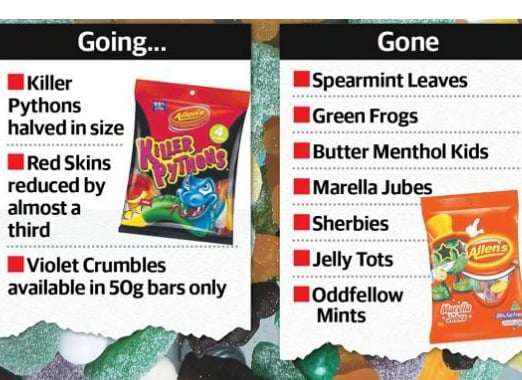 Today, we have an amazing mum who gave birth all by herself in the middle of a forest and a, well, embarrassing mum who lost custody of her daughter after a drug-fuelled out-of-control party. Let’s catch up on today’s parenting news stories!

10. Many of Allen’s classic candies dropped, downsized, or changed

Allen’s, the country’s largest maker of lollies, axed its Spearmint Leaves, Marella Jubes, and Green Frogs. Also axed are Oddfellow Mints, Sherbies, Butter Menthols Kids and Jelly Totsas well as bags of Violet Crumbles. Allen’s has also downsized several products like Killer Pythons and Red Skins. The components of many other products like cars, snakes, and Chico Babies were also changed to remove gelatine and artificial colour. The snakes and cars were also changed from blue to purple.

“We have streamlined the portfolio, deleting Spearmint Leaves and Green Frogs because they weren’t popular and sales had been slowing dropping off over time. We were selling one Green Frog to every 10 Red Frogs,” said a spokesman from Allen’s. They also “aimed at bringing our confectionery serves down to appropriate portion sizes,” he added.

According to Dr Claire Farrow of Aston Research Centre for Child Health, “Not eating enough fruits and vegetables is one of the main risk factors for global mortality.” However, little children are known to avoid vegetables like the plague, so how do you solve this problem? The good news is that researchers from Aston and Loughborough Universities suggests a 3-step solution that may just fix a fussy eater: repetition, role-modelling, and rewards.

Without forcing the child to eat the food, it is necessary to repeatedly expose him to it. Then, show the child that it tastes delicious or be a role model for him to follow. And if they finally try the food themselves, do not hesitate to praise their good attitude when it comes to eating. Also explain what nutritious foods do to the body.

“Eating behaviours have been shown to track throughout childhood and into adulthood – so it is vitally important that children are exposed to fruits and vegetables early in life to inform healthy eating as they grow into adolescence and adulthood,” said Farrow.

If times get tough, parents are likely to favour daughters over sons. This is the finding of a study done on 629 participants at Carlson School of Management and Rutgers Business School. Even though parents claim to not favour one child over the other, they found out that among their participants, that they do favour daughters financially especially during economic challenges.

For example, the participants would rather enrol a daughter than a son in beneficial programs. They would also rather give a treasury bond to daughter than to a son. If necessary, they would also give a bigger share of their assets to their daughters. The researchers took the study to another level and studied the spending habits of Americans from 1984 to 2011. They found out that when the economy was struggling, the ratio of spending on girls vs. boys actually increased by 19.8%,

“Almost all parents say that they don’t favour one of their children over another, but economic recessions subconsciously lead parents to prefer girls over boys,” said Kristina Durante, Rutgers professor of marketing an lead author of the study.

7. Our new “normal” is obesity and being overweight

3.3 million or 52.5% of the population of NSW alone is said to belong to the dangerous weight range, which means they are either overweight or obese. There are so many people who are “fat” that the healthy people are now the “minority.” Being fat is now “normal,” and it is caused by our diets that are high in fat, sugar, and processed foods as well as a lifestyle that is devoid of exercise. Unfortunately, being on the dangerous weight range is not only normal but also growing in popularity.

The fashion and entertainment industries are pushed to embrace the “real woman” image, which, to some, means big women. Plus-sized models are also becoming more popular than their skinny counterparts. A positive image is good, but it is dangerous if the line between accepting one’s body and recognising medical issues is blurred.

The danger, then, of this “new normal” lies on the kind of role models young women have and media’s lack of social responsibility.

6. Single mum claims welfare is better than a full-time job

Ms Girle claims that she would have wanted to work; however, she believes she is not skilled enough to quality for a job that would pay higher than Centrelink. But she believes being on welfare will not be what she will be doing for the rest of her life. Right now, she is starting a GoFundMe campaign to start a printing and signage business; she needs to raise $13,000 to set it up.

5. Mum ditches skinny jeans away after they caused her “agony” for weeks

31-year old mum of 3, Lesley Kime, decided to throw away her fashionable trousers for good after they caused her to be sick and hospitalised; she claims it left her in agony for 5 weeks! Experts had previously stated that skinny jeans can cut off the legs’ blood supply and may cause nerve damage. However, in Ms Kime’s case, the trousers caused her to have cystitis or an inflammation of the urinary bladder, which is most often caused by bacteria.

She felt excruciating pain, and it burnt every time she went to the loo. After her initial checkup, she was told to come back because they found blood in her urine. What shocked her was what her nurse said. “She told me that it was highly probable that my skinny jeans had caused my cystitis because they were so tight, and not breathable creating a warm area perfect for bacteria to fester,” said Ms Kime.

Marissa Glatzer was an attorney and a breastfeeding mother to her 5-month old daughter. However, her breastfeeding journey met a sudden obstacle when she worked as an assistant public defender and had an encounter with County Court Criminal Judge Fred Seraphin. She asked for a pumping break every 3 hours, and Judge Seraphin apparently denied her request. Their exchange was recorded in the courtroom:

Glatzer: I have to pump every three hours and I’m trying the case.

Judge Seraphin: So I guess you’ll find somebody to cover for you?

Judge Seraphin: No? Well I’m not going to take a break just because you need to pump.

Needless to say, Ms Glatzer was shocked. “I’m a trial attorney, that is my job and to say I can’t be a trial attorney and represent my client to the best of my ability simply because I need to take a 15 minute break every few hours. It’s ridiculous,” she said.

A 31-year old mum from Melbourne was driving at around 1:30 am yesterday with her 3 children when she lost control of her four-wheel drive and the car crashed through the bridge’s barrier and plummeted three metres from the bridge and landed on its roof. Miraculously, every one of them survived, and the mum is praised for her quick thinking in calling for rescue.

Despite the fact that the driver’s side was hugely damaged, she was able to dial triple zero on her phone, sounded her horn, and wave her lit mobile phone to alert their would-be rescuers. “The damage to the vehicle is massive, absolutely massive, we scratch our heads sometimes and say ‘how did they survive?’,” Sergeant Luke Banwell, one of the rescuers, said.

The mother and one of her children, a boy, suffered minor injuries. However, considering the impact of the crash, all of them are under observation at Sale Hospital.

A mum from Varsity Lakes, Queensland lost custody of her 2-year old daughter after admitting that she was part of the drug-fuelled chaos that occurred in her house during her 14-year old’s birthday party. Immediately after hearing about the party, the 2-year old girl’s father immediately took action, and the mother surrendered her 2 days after the unruly event. The mum was also ordered by her landlord to vacate the property by today.

According to Superintendent Jim Keogh, the house had existing damage and graffiti upon their arrival. Surprisingly, though, the mother did not complain, which they found strange. The party was so out-of-control that two neighbours had to be brought to the hospital for injuries. A neighbour’s Honda was also found smashed. Reports say that while the house was thoroughly damaged, the 2-year old girl’s bedroom was untouched and that she slept through the whole party.

Unfazed by the incident, the mother allegedly said, “It is teenagers out of control, but you were a teenager once.”

1. Woman gives birth in the wilderness, mum and baby not found after days


In Nevada, heavily pregnant Amber Pangborn was driving to her parents’ house after she began to have contractions. Because she was trying a new route, she got lost within the Plumas National Forest and, eventually, got stranded when she also ran out of gas. Not having any other choice, Ms Pangborn laid herself down on the back seat of her car, gripped her window’s handle, and gave birth to her daughter.

But the ordeal wasn’t over yet as both Ms Pangborn and her daughter were alone literally in the middle of the woods. She describes being attacked by bees which were after her placenta. She also had very limited provisions: three apples, a bottle of water, and a small bottle of soda.

She feared for her and her newborn baby’s lives, but Ms Pangborn thought of a plan. Taking a lighter and a can of hair spray, she set a bush on fire, which alerted a Department of Forestry helicopter. “I was just crying, I thought we were going to die,” Ms Pangborn said. 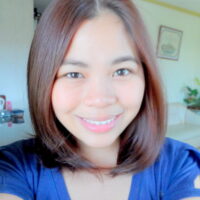 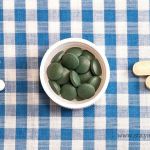 Iron Deficiency, Do You Get… 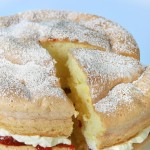 If you go to Bunnings an awful lot, you may have 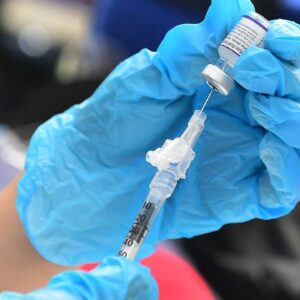 A Candian Nurse was punched in the face and knocked to