Begin the week with a dose of the most amazing parenting news stories you missed over the weekend. Some that will touch your heart and others that make you go omg really! The people behind Golden Gaytime Ice Cream Tub Project Facebook page has extensively campaigned to “force Streets to make an ice cream tub of 1L/2L Golden Gaytime, making sure the biscuits hold up — using science — or magic.” Last night, it was a dream come true. It’s like ice cream fans are in cloud 9. One fanatic said: “No more sneaking out at night, hanging around dark service stations, hoody up, trying to hide your addiction to an occasional ‘Gaytime’ … do it at home now mate! With the missus! lol.”

A spokeswoman for Streets told news.com.au in a statement that the brand has launched the chocolate and mint Gaytime-themed flavours, including the original Gaytime flavour.

“We have managed to fit Golden Gaytime into a tub with Golden Gaytime classic and two other new flavours. Each is a perfect union of vanilla, Gaytime biscuit crumbs and that unique Gaytime flavour. Grab a spoon and treat your tastebuds to this match made in dessert heaven.”

9. Professional Sex Toy Tester Claims She May Have the ‘Best Job’ in the World

If you think you have a great job, wait until you hear what this woman does.

Karleen Howden, 30, admits she has one helluva job. She works for Ann Summers, a playful lingerie chain supplying women’s bedroom toys, as a professional sex toy tester. Ms Howden, who confessed to being open about sex growing up, says she even gives her mother and sisters toys to try out.

“I’ve been brought up to be open about sex. It was never a taboo in our household. I’ve got five sisters and I’ve sent all of them toys to try out,” she said. 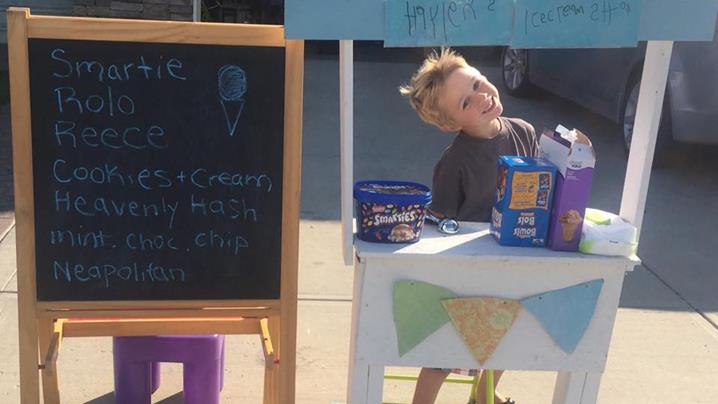 It’s never too young to start helping other people.

Five-year-old Haylen Astalos is spending his summer holidays raising money for sick kids by selling ice cream cones outside his home in Blackfalds, Canada. His mother, Tabitha says Haylen thought of starting his venture after their family threw him a five-for-five themed party for his fifth birthday. This means every guest will bring five dollars for Haylen and donates five dollars to Haylen’s charity of choice, Ronald McDonald House.

She says Haylen was so inspired in helping the kids that they he decided to make it his ‘job,’ so, they made him his very own ice cream stall. Haylen has raised $2,617.21 in less than a year, which he handed over to Ronald McDonald House on July 28. He aims to raise more and targets $3009. A granddad has already helped over two million babies with every drop of his blood — literally.

James Harrison, 78, is called “The Man with the Golden Arm” since he is one of only 200 Anti-D donors in Australia. Mr Harrison’s blood is considered special because it contains rare antibodies needed to make Anti-D, which is used to prevent Rhesus disease. Around 17% of pregnant women in Australia need Anti-D. Without it, their babies are susceptible to developing haemolytic disease of the newborn (HDN), leading to anaemia, heart failure, brain damage and in some cases death.

Mr Harrison has been donating plasma almost every week for the last 60 years. It is believed that he developed the antibodies when he was given a blood transfusion during a lung operation in 1951. Ten years later, Anti-D antibodies were discovered in his blood.

Mr Harrison said he donates at least 32 times a year and has only got two more years to donate as he will no longer be eligible to donate after he reaches his 80th birthday. He made his 1109th donation last week in Maroochydore. The Blood Service in Australia says Mr Harrison holds the Australian record for most blood and blood plasma donated.

“It is something that you can do that doesn’t cost you anything,” Mr Harrison said.

6. Jessica Alba’s Honest Sunscreen Criticised by People Who Still Got Sunburnt After Using the Product

Actress Jessica Alba’s Honest Sunscreen is getting a backlash from customers who claim to still have been sunburnt after using the sunscreen. The sunscreen is rated 2.9 stars on Amazon, and parents are sharing photos of their kids with sunburned skin.

In addition to causing painful burns, customers said the sunscreen also left a white residue on their skin.

The Honest Company is co-founded by Ms Alba and is an organization that aims to give customers organic and safe wellness products for both adults and kids. The company has released a statement to BuzzFeed News, saying that the complaints represent a small fraction of their sunscreen customers:

The Honest Company is committed to providing safe and effective products, and we take all consumer feedback very seriously. Our Sunscreen Lotion was tested, by an independent 3rd party, against the protocols prescribed by the U.S. Food & Drug Administration’s (FDA) monograph for over-the-counter sunscreen products. The results showed that our product is effective and safe for use as an 80 minute water-resistant (FDA’s highest rating), SPF 30 sunscreen lotion in accordance with FDA regulations when used as directed (Shake Well. Apply liberally and evenly 15 minutes before sun exposure. Reapply after 80 minutes of swimming or sweating, immediately after towel drying and at least every 2 hours). The number of complaints received on our own website about our Sunscreen Lotion constitute less than one half of one percent of all units actually sold at honest.com. We stand behind the safety and efficacy of this product.

However, there were also some customers who were satisfied with the product, saying they weren’t able to experience any problems with the lotion. 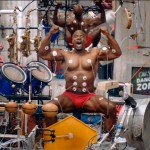