A 19-year-old girl from China was detained for allegedly faking her father’s death to get thousands of dollars in donation.

Fangchenggang police said that the girl with a surname of Yang claimed on a microblogging platform, Sina Weibo, that her father was missing after massive explosions in Tianjin, which left 112 people dead and hundreds more hospitalised. They said that she also made a second post, claiming that her father was killed in the explosions, causing people to donate money that reached 90,000 yuan ($14,000). Thankfully, Yang was unable to withdraw the funds because her account was frozen after several Weibo users reported her as suspicious.

4. Woman Arrested for Locking Sister With Disability in Closet for Six Years A woman was charged after she kept her sister who has a disability, locked in a closet for at least six years.

Shiawassee County’s chief assistant prosecutor Daniel Nees told The Associated Press that Candy Lawson, 44, was charged with unlawful imprisonment, vulnerable adult abuse and embezzlement from a vulnerable adult for locking in a closet her 42-year-old sister, who has “cognitive and physical impairments.”

Mr Nees said that the police went to Ms Lawson’s home on July 9 for a welfare check after an anonymous tipster told them of the situation. Police said they found the sister malnourished and dehydrated. It was believed that the sister was only given little food and only a bucket for urination during the years she was locked in a closet. She was immediately taken to hospital and stayed there for about a week before being placed in protective custody.

3. Mum Sues Hospital After She Claims She was Overdosed with Epidural During Labour Causing Disability to Her Child A mum is taking legal actions against a country hospital for allegedly being negligent after her anaethesist was said to have overdosed her with an epidural during labour that severely disabled her child.

Belinda Badenoch sued State Government-owned Mount Gambier Hospital, claiming that after her birth in July 2003, her child suffered from cerebral palsy, which led to the child’s inability to speak and impairments to all four limbs, and now requires 24-hour care.

The mum also filed a lawsuit against anaethesist Dr Kevin Johnston, saying that she felt sick immediately after the injection and that Dr Johnston failed to record her blood pressure and left the hospital. However, the doctor said that it was standard practice that the nursing staff should “aggressively monitor” the mother for signs of hypotension or high blood pressure. If there are complications, he said that he should be contacted immediately, if considered clinically appropriate.

The mother also alleged that the injuries to the child were preventable if she was administered a drug to lessen the effect of the epidural, which led to her having a hypotensive collapse. The collapse was said to have caused a lack of blood flow to the baby during labour, leading to her disability.

However, Dr Johnston denied the mother’s claims that he gave her an excessive amount of epidural. He said that the mother’s collapse may have been a result of an anaphylactic shock or pre-existing maternal factors of foetal distress.

The State Government is yet to file a defence.

2. Stricter ‘No Jab, No Play’ Laws in Victorian Kindergartens, Childcare Centres Set to be Launched 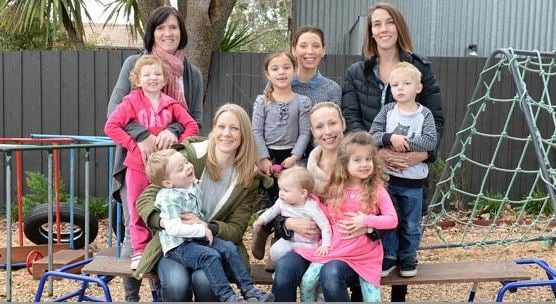 A tougher Victorian law will have every pre-schooler to get up-to-date immunisations in order to attend childcare or kindergarten next year.

The “No jab, no play” laws are set to be introduced to State Parliament in the coming weeks. Starting January 1, kindergartens and childcare centres will only allow the enrolment of non-vaccinated children if they have a doctor’s ­certificate stating that they have a serious medical issue such as an allergy.

Health Minister Jill Hennessy told the Sunday Herald Sun that it is necessary to have stricter laws on vaccinations because it can save lives. “The choice of one parent not to vaccinate their child puts other children at risk of serious or potentially life-threatening illnesses,” she said. The number of whooping cough infections in Victoria has increased to 2,700 in January this year, compared to 1,828 in the same period last year.

The decision comes after a Commonwealth decision to strip childcare rebates and Family Tax Benefit entitlements from parents who dont want their children vaccinated, which will also start on January 1.

1. Expectant Parents: WA Ruling on ‘No Vax, No Visit’ Can Protect Newborns

A new WA ruling has prompted parents with a newborn child to tell other family members and friends to get vaccinated before they could visit their newborn baby.

In the “No Vax, No Visit” campaign, loved ones won’t be allowed to be with the newborn baby until six weeks old in order to protect the child from the highly contagious pertussis infection — an acute respiratory illness characterized by a whooping cough caused by the bacteria, Bordetella pertussis.

The campaign was born after the launch of the Light for Riley campaign which was started by Greg and Catherine Hughes after the death of their son, Riley, from whooping cough complications, last March. Ms Hughes was glad that their campaign received a positive response from the community. “When infants catch whooping cough, they are usually infected by an adult. This is why we are passionate about ensuring adult vaccination is up to date, and are looking forward to the implementation of the National Adult Immunisation Register (next year). Currently, the onus seems to be on pregnant women to educate adults about the need to be up-to-date with their vaccinations, and I’d like to see that change,” she said.

Australian Medical Association state president and obstetrician Michael Gannon also agreed that ensuring that adults get vaccinated before they could meet a newborn can decrease the risk of the child getting infected with the illness. “Typically, the only symptom noticeable in adults with pertussis was a dry cough, which meant most of them wouldn’t even know they had it. If you are going to be in close contact with a newborn child then you should give very strong consideration to being vaccinated against preventable infections,” he said.

What do you think of these parenting news stories? 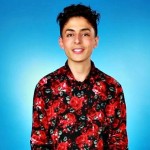 What a Load of Tripe