Here’s a roundup of some of the most amusing parenting news stories you missed today.

11. Groovy Melbourne mum raps with sons about chicken and veggies

This mum could just “beat” y’all mums who are cooking out there!

This Instagram clip posted by her son, Jayson Estrada, 21, is getting all the attention as his mum, Esther Galeano, 49, raps about chicken and veggie soup. It also shows Jayson and his brother Jayden, 11 are getting the groove on in their home in Narre Warren with their cool beatboxing rhythms. Jayson says they often bust a move or two as they sing songs from their native Colombia.

10. This kid gives a “thumbs up” for this prosthetic arm made of LEGO


Every kid loves toys. Now, what if toys are literally a part of that kid?

This is the idea that Sweden-based Carlos Arturo Torres and Dario, a young boy from Colombia, came up with. Mr Torres used different bits of LEGO, motion-reading sensors, and a small engine to create some fun add-ons that could be easily affixed to Dario’s arm. There’s also more to it. How about an extendible bulldozer claw or a spaceship hand that shoots lasers?

9. Young fan catches a foulball to save Dad in US baseball game


This boy surely has a knack for catching ball as he saves his dad from literally getting knocked out by one during a US baseball game.

Ten-year-old John Pizzi was with his dad, watching the match between San Francisco Giants against Philadelphia Phillies when a foul ball ricocheted off the bat of Brandon Crawford. The catcher wasn’t able to catch the ball and it bounced, flying towards John’s dad, who was talking to another fan.

Thanks to this kid’s quick moves and his baseball glove, he caught the ball in the nick of time and saved the day.

8. Anti-bullying boy hero gets invited to the White House

Hi @DadVsLogan – you are stronger than anyone’s hurtful words. We could all learn something from you and your dad! http://t.co/24CbefFDJA “” Valerie Jarrett (@vj44) July 11, 2015

For standing up against online trolls through Youtube, an 11-year-old kid could get to meet an official of the White House.

Logan Fairbanks, 11, from Michigan, uploaded his video confronting bullies online by reading their comments. He also urged those being bullied to not let nasty words torment them. The video has now racked up over 800,000 views, including Valerie Jarrett, a senior advisor to US President Barack Obama and she invited them to the White House.

How’s that for someone being bullied online himself?

Kids often get naughty, but where do we draw the line?

German car manufacturer, Smart, has found an unlikely way to promote their brand – cute girls and boys videotaped cussing and swearing. “Holy f—— s—,” said one boy, and more f-bombs were dropped in the video. Near the end of the ad, a girl in her car seat was interrupted by her dad, who seemed shocked by her dirty words. “Who taught you to say that?” he asks. “You did,” then she laughs.

At the end of the ad, a tagline says, “When you drive the wrong car you teach the wrong words.”

So, it’s one “helluva” ride for parents teaching these kids to drop these profanities.

A television advertisement and an app are being scrapped from Australia after the Advertising Standards Board found it was marketed towards children.

Coca-Cola South Pacific, makers of Fanta, has agreed to removing the ad and the app called Fanta Fruit Slam 2, after the Advertising Standards Board found that the company breached its own commitment not to directly target the ad to children below 12 years of age, a commitment they signed with the Australian Food and Grocery Council’s Responsible Children’s Marketing Initiative.

The move was brought about by complaints from the Obesity Policy Coalition, who said the TV ad contained colorful bubble explosions that are attractive to children under 12. The groups adds that the product also has high sugar content with 12 to 14 teaspoons of sugar per 450ml bottle.

Executive director Jane Martin said it was deceitful of Coca-Cola to market its products when 25 per cent of children was overweight or obese.

5. Woman smashes Mini into back of van while using a sex toy

Getting involved in a car accident never got this embarrassing for this female driver.

While stuck in traffic in Cirencester, Gloucestershire, the woman, said to be in her 30s, smashed her Mini into the back of an M&J Seafood van. Now, it wasn’t just that. She was spotted doing up her trousers, while holding — guess what — a rabbit style sex toy. After the incident, the van driver’s bosses then checked the vehicle’s rear camera footage, revealing very, um, interesting events.

So the next time you’re on the road, remember to keep an eye “on the road.”

4. Mum kept away from her baby for almost a month as authorities say, she wasn’t hers

It’s heartbreaking for a mum to be away from her newborn for almost a month because authorities say the baby wasn’t hers.

This happened to a British woman was kept apart from her newborn for at least 22 days because authorities didn’t believe so.

In an interview with Good Morning Britain, Stacie Thompson, 27, said she had to undergo DNA tests to prove she was the mother of her daughter, Anzelika, who was born in Stacie’s mum’s house in Costa del Sol in Spain.

When Ms Thompson went to hospital the next day, she says staff didn’t immediately believe the child was hers because she gave birth at home. She was made to take the DNA test to which he instantly agreed since she was sure that her daughter is hers. She only complained on the amount of time the DNA test took.

Every day was really hard, I didn’t sleep very well during the time at the hospital because I just wanted to be with her, it was absolutely heartbreaking,” she said. Now, she is reunited with her baby and is keen to bring her daughter back to her home in Stratford, East London.

3. Girl survives US plane crash, walked for days in forest

A US girl who had been missing for days after a small plane crash was reunited with her family as she went back home after walking for days, eventually getting rescued by a passing motorist.

16-year-old Autumn Veatch and her step-grandparents, Leland and Sharon Bowman, aged 62 and 63, took off on Saturday afternoon in Montana but failed to arrive in Washington later that day, which alarmed the family who immediately alerted police.

Frank Rogers, the Okanogan County Sheriff, said the girl was seen by the motorist on Monday afternoon and was taken to a local hospital. Autumn’s father, David Veatch, felt glad to have her back and posted on his daughter’s Facebook page, saying: “Autumn is ok!!” A recent study shows about a three-quarters of Australian parents admit that they are oblivious to what their kids do online.

The study, commissioned by Norton Security, revealed that 41 per cent of parents never discussed sexting, cyber bullying, or other internet dangers online. Out of the 600 parents surveyed, nearly a fifth had been warned about their children’s social media activities but ignored it, while only 15 per cent of parents admitted to understanding the impact of cyber bullying on their kids, even with one in three children identifying themselves as victims.

What could be more alarming is that 74 per cent of parents didn’t see the perils of the online world, saying their kids are safe when they are in their bedrooms.

Norton security expert Nick Savvides said that parents should understand the technologies their children are using. “The reality is, they’re [online and offline] converged today,” he says.

1. Study: Majority of Women Who had Abortions Think It was the Right Decision

After three years of research, a study found out that 95 per cent of women who have had abortions thinks they made the right decision.

The study was carried out by researchers from the Bixby Center for Global Reproductive Health at UC San Francisco’s School of Medicine and from the university’s division of biostatistics.

It shows that in nearly 670 women who were regularly surveyed on the subject of their abortions, 95% thinks they did the right thing. Regarding reasons, 40 per cent said financial considerations while 36 percent had decided it was “not the right time.” Finally, on making the decision, 26 percent of women found it very or somewhat easy and 53 percent found it very or somewhat difficult.

However, the new study clarifies that it only discerns between having post-abortion emotions and regretting the abortion altogether.

“Certainly, experiencing feelings of guilt or regret in the short-term after an abortion is not a mental health problem; in fact, such emotions are a normal part of making a life decision that many women in this study found to be difficult. Our results of declining emotional intensity”¦ [find] steady or improving levels of self-esteem, life satisfaction, stress, social support, stress, substance use, and symptoms of depression and anxiety over time post-abortion,” the study reads. 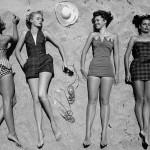 Swimwear Trends Through The Ages 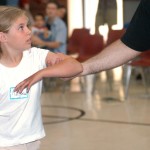