Kick off the week with the most interesting Parenting News Stories that you missed over the weekend. From a horrifying discovery at a Starbucks outlet to an inspiring story of a police man who helped a shoplifter, we got it here!

8. Mum and young son discovers a phone with camera inside a Starbucks toilet 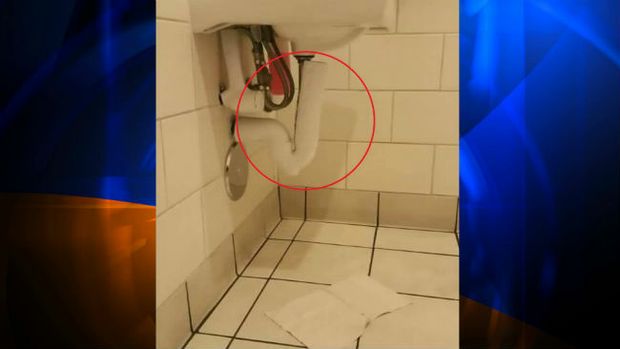 A California mum and her son made a shocking discovery at a Starbucks outlet when her child found a hidden smartphone with its camera pointing towards the toilet. Reportedly, the phone was propped up with paper towels. The woman immediately complained it to the staff, who then reported it to the police and the phone was confiscated.

Starbucks in Lancaster, Los Angeles County said to KTLA News that they are disturbed by the incident and are making sure their customers are provided a safe environment.

7. Man arrested for attempting to sell baby in shopping centre 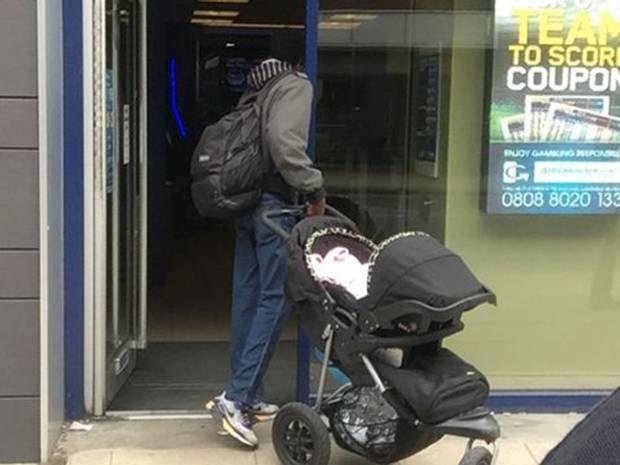 A man was arrested by Manchester police after allegedly trying to sell a baby for £1,000 in a shopping arcade.

Manchester Evening News reports say the 28-year-old man, who was holding a pram with a three-month-old baby inside, was asking customers of William Hill in Barton Arcade, Manchester whether anyone would like to buy the baby. Police said that the man approached at least three different people.

The man was then arrested on suspicion of child neglect, while the baby girl is safe and well.

6. Police officer pays for nappies and clothes for kids of mum he arrested for shoplifting A US mum arrested for shoplifting never expected something good to happen out of it, let alone from the one who arrested her.

At Walmart in Kansas, Sarah Robinson, a widow and mum of six girls, was caught stealing nappies, clothes and shoes for her kids aged from two to 15. When the police arrived, she explained that most of their things were stolen from their car, in which they often slept.

But this police officer, Mark Engravelle, saw things differently. He noticed that some of Ms Robinson’s kids didn’t have shoes on and wore torn clothes. So he took the kids inside the shopping centre and paid for the nappies, baby wipes, clothes and shoes. The policeman told Kansas City Star that he decided to help the woman when he thought of his own two children.

“I didn’t give it a second thought. I just wanted to do right by the children.” he said.

Instead of detaining Ms Robinson, the police officer only gave her a citation for misdemeanour theft. Since the incident, Ms Robinson said she had been receiving requests from people who have offered to donate food and clothing to her family. Nerves of steel is probably what this dad has – judging from his attempt to fashion an Iron Man suit out of real steel.

Barry Armstead, a parks field officer with the ACT Parks & Conservation Service, has been doing his own Iron Man suit since last year out of paper thinner made in the pepakura style, a Japanese word for paper craft. But he says it has evolved since then, adding that he wants the Iron Man suit now to be closer to the one made for the Hollywood blockbuster hit movie, by using steel. 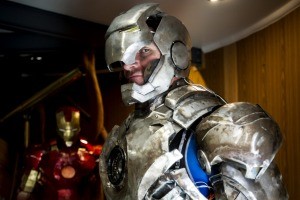 He has been doing the Iron Man suit for 18 months and it now has brightly shining eyes and a glowing arc reactor on its breastplate. But there are a few things left to be done like giving it its distinct red paint, installing lighting, electronic and camera features and making a custom-built undersuit with special breathing patches.

But most importantly, Mr Armstead does this with intentions true as steel by hoping to bring the steel Iron Man suit to hospitals across the capital to bring a smile to sick children. Pyjamas may be the simplest pieces of clothing one can own, but to others who have less in life, these are everything. Because of this, two local officials in Gladstone, Queensland began encouraging the public to donate pyjamas for Pyjama Foundation’s Pyjama Day on Friday.

Gladstone MP Glenn Butcher and Gladstone councillors Matt Burnett and PJ Sobhanian aims to give at least one pair of pyjama to each kid in foster care in Gladstone, which now totals to 220. They also encouraged employees to wear pyjamas to work on July 17.

3. Dad reunited with daughter who was taken into forced adoption 61 years ago James Wade couldn’t believe his eyes when he saw her — a spitting image of his wife. It is his daughter who was forcibly taken away from him 61 years ago.

Mr Wade have searched far and wide for 38 years for his daughter, who he named Christine Elizabeth after being born in 1954 to his then girlfriend, Betty Whitehead. But a day after the baby was born, he says Betty was made to sign adoption papers for the baby and the baby was gone.

Two days later Betty was moved to St Anthony’s Home for unmarried mothers at Croydon, where Mr Wade was not allowed to see her. He sought information about his daughter from the Department of Child Welfare and Catholic Adoption Agency, but were all in vain. Three years after, he and Betty married but eventually split up before Betty died in a car crash in 1977.

He remarried but he never gave up searching for his daughter until the 1990s. Through the Adoption Information Act, he was reunited to his daughter, whose name was changed to Lyndall. Lyndall said she had never been told she was adopted and it took a while before she agreed to meet her father.

She says she still can’t call him Dad, but she loves him.

A CatholicCare spokeswoman said their group supports efforts such as the Australian Catholic Church’s issuing a national apology for forced adoptions in July 2011, including the Prime Minister’s statement about it in 2013.

2. Child of anti-vaxx parents gets vaccinated behind their backs using babysitting money 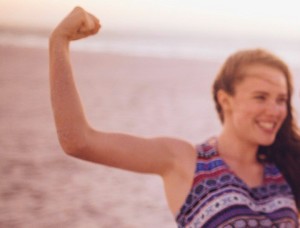 All hail for this teenage girl who disobeyed her parents for all the right reasons.

In a family with anti-vaxx parents, this girl, who has a Twitter name, Xtin, who is over 16 years of age, is not convinced with her parents’ advocacy of not getting an immunisation. So she saved up her money from babysitting to get vaccine shots — and she did this behind her parents’ backs!

But the health clinics said that because she  is 16, they cannot release any information about her to her mother. Now, her mum is looking into what action she can take against the clinics.

Give it a shot, mum! Two more boys were admitted to a hospital in Bolton after getting burns caused by a Giant Hogweed plant, which are commonly found in UK public parks, wasteland and riverbanks.

Three children were also left with severe burns after touching the plant, including a seven-year-old girl who had permanent burn scars, which will re-blister every time it is exposed to sunlight. The BBC reports that the Heracleum mantegazzianum, commonly called Giant Hogweed, belongs to the carrot family and has white flowers with thick stem that have bristle-like appearance.

It was introduced into Britain in 1893 as an ornamental plant, but has toxic components found in its leaves, stems, roots, flowers and seeds that can be transferred to skin by touch. It can cause not only burning but severe blistering, which happens often after 24-48 hours since contact.

The NHS says anyone who touches the plant should wash the affected area of skin with soap and water, and keep it covered. Due to this incident, a spokesperson for the Bolton Council, in an interview with The Independent, says they will remove any Giant Hogweed, and encourage the public to report any instances of what they believe to be Giant Hogweed.

What do you think of these parenting news stories? Videos to Giggle At: Dating… 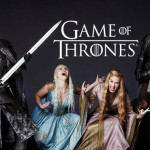 The Game Of Thrones Characters…

New partner is circumcised
Answered 2 hours ago
Visiting Intimate Partner during covid restrictions
Answered 18 hours ago
My sister's new bf is circumcised (the last one wasn't) and she says it is amazing. Are they that different?
Answered 23 hours ago
My boyfriend says he wants me to boss him around...I don't know how get started. Do I just tell him what to do?
Answered 2 days ago