Let’s catch up with the most surprising parenting news stories today from heart-wrenching stories of cancer patients to a story of a family murdered by their own father.

8. Wife Surprised When Husband Announces She is Pregnant!

A wife got the shock of her life when her husband told her the good news — that she is pregnant!

In this video posted over Youtube, Sam decided to turn things around and made the announcement to his wife, by himself.

He sneaked inside their toilet one morning and got a sample of her urine. He then dropped it into a pregnancy test kit and a few seconds later, it showed a positive reading. Sam got ecstatic and hurriedly went into the kitchen where his wife was feeding their children. He asked Nia to get the tester out of his pocket. However, Nia just laughed at him, thinking it was one of her husband’s tricks. “You wrote a positive on it? How embarrassing,” she said while laughing and addressing viewers that it was a ‘joke.’

Then Sam said, “Yeah it is a joke — the joke’s on you!” Nia exclaimed with delight at her husband’s announcement and said, “Wait a minute, I can’t believe I’m finding out like this, I had all these plans to tell Sam when I found out. This isn’t fair!”

When she calmed down a bit, she asked viewers to follow her family on their journey. The couple have been vlogging since 2007 and this video has been viewed over two million times since it was uploaded. A couple just had an unexpected news on the day they were moving house. Their baby is on the way!

Stewart Simpson and his wife, Meredith had hit two birds with one stone. They were moving house on July 6 when Mrs Simpson’s water bag broke. They immediately went to Box Hill Hospital, only to be sent home to wait.

Two hours later, things would turn out differently. At home, Mrs Simpson said that as she was taking a shower, she experienced severe pains. The couple decided to go back to the hospital, but when she got in the car, she could feel something coming out. They called 000 and parked at the Nunawading Harvey Norman carpark. At about 9:30pm, Mrs Simpson gave birth to baby Beatrix inside the car. Five minutes later, an ambulance came and took care of Mrs Simpson and the baby.

Thanks to her quick-thinking husband who delivered the baby, both mum and baby were safe. A mum has shared to the world her message for her young son before he died after being hit by a car in Wamberal.

Mum Jilly Pilon wrote this heart-wrenching message in Facebook a few hours before her 10-year-old son, Banjo died on Wednesday.

“Hey Banj, what a special little man you are and always will be, mate. You have put up the greatest fight these last two days, our angel. So proud of you and how strong you’ve been. At 3.01pm today, while your precious little heart still beats strong, it was time to declare you’ve moved into another dimension. We now savour every last minute with you our little hero before you are taken to donate your organs tonight to other sick little children and give them your special gift of life. Keep smiling sweetheart. We all love you so, so much and you will always be with us wherever we are,” she wrote.

Ms Pilon said that Banjo was able to deal with three cardiac arrests, underwent heart surgery and brain surgery before he passed away. Banjo was skateboarding with friends on Monday when he was hit by a white Subaru wagon. He was in a critical condition after he was flown to Sydney Children’s Hospital at Randwick after the accident. 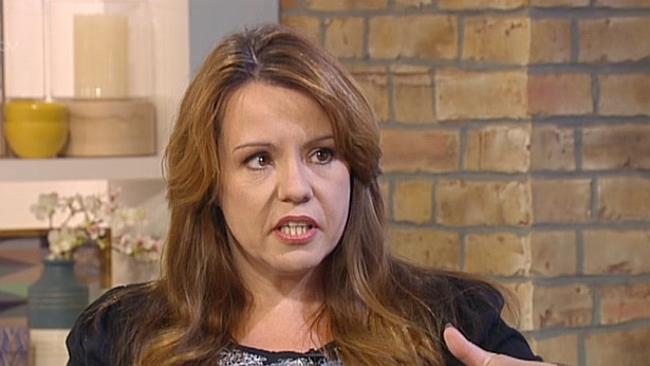 A British reporter is getting mixed reactions from people sharing their opinion on her suggestion to ban children from flights and calling parents who travel with their babies on a plane, “selfish.”

Kelly Rose Bradford appeared on the UK television show This Morning, calling for child-free flights and asking airline companies to provide a family zone where kids can play around where no one else will be bothered. Although she admits that she brought her now 12-year-old son, William, to flights when he was a baby, but she said that sometimes she just chose not to bring him out of consideration for others. “I didn’t travel, I didn’t fly with him simply because I didn’t want the grief and I didn’t want to subject everyone else to it as well because I know how irritating it is when you are the person sitting next to that family, behind them or in front of them,” she said.

“Is it really necessary to take a tiny baby on a long flight? I think there’s an element of selfishness from parents who insist on not changing their lifestyle once they have their children because there are some things that just aren’t practical,” she adds.

She then recommended for airline companies to create a separate section for children. “If there’s a dedicated family area where the cabin crew are just looking after families, where the children can play, can be noisy, nobody would be bothered,” she said. 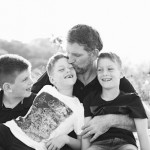 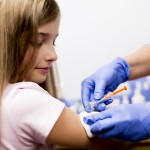 What is your attitude toward…