A father was arrested in Dubai for allegedly letting his 20-year-old daughter die of drowning because he would not allow ‘strangers’, who tried to rescue her, to touch her because he believed that it would ‘dishonour’ her.

The father was an Asian and an expat in Dubai who went to a beach for a picnic with his family when his daughter screamed for help, having difficulty in the water. Two rescue men from Dubai Police’s Search and Rescue immediately went to the scene but was literally stopped by the father. The department’s Deputy Director, Ahmed Burqibah told Emirates 24/7 that he was shocked by what the father did. “This obstacle was the belief of this man who considered that if these men touched his daughter, then this would dishonour her. He was a tall and strong man. He started pulling and preventing the rescue men and got violent with them. He told them that he prefers his daughter being dead than being touched by a strange man,” he said. The father will be charged over the incident.

A 60-year-old son told the court that he accidentally run over and killed his 86-year-old father at a cemetery.

Burwood Local Court heard that John Giannasca takes his father, Antonio to Rookwood necropolis every week so he would visit the grave of his late wife. Mr Giannasca, an engineer, was the carer and sole support for his father.

However, on December 28, Mr Giannasca took the hand brake off of his car and his father fell in front of it. Panicked, Mr Giannasca pressed on the accelerator instead of the brake, running over his father. He immediately called 000, who told him to move the car to get his father out. His father died despite attempts to resuscitate him.

Mr Giannasca pleaded guilty in June to negligent driving resulting to death. The incident happened two years after Mr Giannasca was acquitted for the murder of his wife, Carmel in 2002.

2. Inquest: Four-month old Baby Ebony Died of over 70 Injuries While in Care of Teenage Parents An inquest into the circumstances leading to the death of a four-month-old baby girl revealed that she suffered over 70 injuries to the head and the body before she died while in the care of her teenage parents.

South Australian inquest will continue to examine the case of baby Ebony who was left dead in her cot for a week at her parent’s unit in Adelaide’s west in November 2011. Her parents were charged with murder and failing to report a death. However, those charges were downgraded and both pleaded guilty to criminal neglect. Her parents cannot be named because her mother was 17 years old at the time she was charged, while the father, who was 19 then, was sentenced to jail for nine years.

The baby suffered from head trauma and also had multiple fractures all over her body including her fingers and toes, leading to her death. Counsel assisting the coroner Naomi Kereru said the autopsy detailed the ‘horrific injuries’. “In addition to the injuries to the head, the autopsy also revealed in excess of 70 fresh and healing fractures to her body,” she said. A social worker who the couple contacted in July 2011 also revealed that the baby was taken to hospital because the father “had dropped her and broken her.”

The inquest is set to run until late August and will hear evidence from the staff of Families SA and the NSW Department of Community Services.

1. Woman Managed to Send Text Message to Mum Before She, Her Husband, Six Children were Killed by Ex-Lover A woman managed to send her mum a text message saying she was threatened by a gun and pleaded for help before she was killed, along with her husband and six children, by her ex-lover.

Harris District Attorney Devon Anderson said that Valerie Jackson sent a text to her mum, who was many states away. Her mum then called 911 right away. The call alerted police and immediately went to Mrs Jackson’s home, where they learned that David Conley, 48, Mrs Jackson’s ex-lover, had held the family captive since Saturday. Conley fired on the police, but surrendered a few hours later. As police entered the house, they found the bodies of Mrs Jackson, her husband Duane Jackson Snr, their five children Honesty, 11, Dwayne Jr, 10, Caleb, 9, Trinity, 7, and Jonah, 6, including Conley’s son to Valerie, Nathaniel, 13. Police said the victims were all shot in the head and most of them had been handcuffed.

Mrs Jackson’s brother, Earl Yanske told the Houston Chronicle that Conley had confessed to him on Saturday through a phone call that he had killed his sister.

Relatives and friends say Conley befriended Mrs Jackson online about 15 years ago. That time, he already had a criminal record for car theft, possessing cocaine and evading arrest. Mrs Jackson had her first two children with Conley, while she had five with her husband, Duane.

Conley has been charged with capital murder and made his first court appearance last Monday. District attorney Devon Anderson told media that imposing death penalty for Conley would be “a no-brainer.” 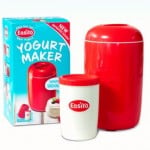 So I Tried the EasiYo…… 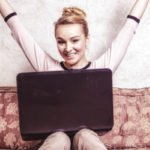 Mothers Are The New Entrepreneurs