4. Couple Jailed for Endangering Lives of Children Including Boy with Cockroach in Breathing Tube A couple were sentenced to jail for neglecting and endangering the lives of five of their children, including a four-year-old who was boy diagnosed with cystic fibrosis who had a dead cockroach in his breathing tube.

The Northeast Ohio Media Group reported that the mum, Christian Cunard, 42 and the dad, Wayne, 46, were accused of not regularly feeding their children, with ages ranging from one to 15, resulting to their being underweight, including tying them to chairs and leaving them.

Summit County Common Pleas Judge Amy Corrigal Jones sentenced the mum to three years in prison, despite being told by the mum that it was because of his controlling husband and that he wouldn’t pay for the children’s needs.

Although, the husband talked little in court, he agreed to testify against his wife and cooperated with investigators. Assistant Prosecutor Nik Buckmeier said authorities believe that the mum was mostly responsible for the way the kids were treated, considering her previous record of losing custody of her children in 2007, but was reversed in 2010. Both eventually pleaded guilty to child endangering charges.

3. Woman Tells Court She was Raped as a Girl by a Firefighter Who Rescued Her From House Fire A 30-year-old woman had confessed to court that she was molested and raped when she was nine years old by a firefighter who rescued her from a house fire.

The victim told Glasgow High Court that John McGinn attended a fire at her home in Bellshill, Scotland, in January 1994. Her mum was taken to hospital while she was taken to her grandmother’s house. She said that she and her family knew Mr McGinn, so he was invited in when he visited her grandmother’s house later that day. She also said that he told her grandmum that he would only play a game with her, but instead raped her. “I told him to stop. He said if I told anyone he would kill my mother,” the victim said.

However, Mr McGinn denied the allegations. “It’s a downright lie, it did not happen. No chance. For her to come out with that is ridiculous,” he said. “I would rather put a bullet in my own head than be a paedophile,” he said. Mr McGinn was already convicted of crimes of similar nature such as assaulting another child and his ex-partner. He will be sentenced before a judge this week. A young mum was arrested for abandoning her newborn baby with his umbilical cord still attached.

Police arrested Belen Ramirez, 20, during a manhunt operation after a passer-by reported that he saw a stroller where the hours-old baby boy was placed on a street corner in south of Los Angeles last week. The baby was covered in a blanket and was immediately taken to a hospital. He is now in stable condition.

1. Teenage Mum Owns Up to Killing and Dumping Her Newborn Baby

A teenage mum pleaded guilty for killing and dumping her newborn baby.

The girl, who cannot be named, was charged with child homicide but was downgraded to infanticide after the court found that she was suffering from mental disturbance after giving birth as her pregnancy remained secret from her family.

Emergency services found the baby under a tree on a nature strip days after it was born, but it was already dead. Police say the girl confided to her sister after the baby was born, who accompanied her to a police station to report the incident.

Medical experts are concerned about the girl’s welfare and her mental state. She will be sentenced to jail for a maximum of five years.

Let us know what you think about these parenting news stories today! 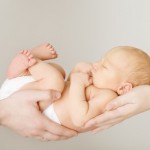 Is IVF For You? 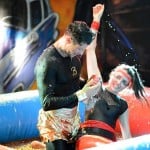