Want to know the most fascinating parenting news stories today? Read on!

8. Girl with rare condition sends thank you message for ‘house of cards’

A card on your birthday is enough. Now, what about thousands of cards from people you have inspired?

Alyssa Kotsopoulous, who has spinal muscular atrophy, a genetic disorder that affects the control of muscle movement, celebrated her 11th birthday. She couldn’t be happier after she received cards from thousands of people who support her. There were so many cards that they filled all the walls of their house.

3AW Mornings started a card campaign for Alyssa’s birthday and the campaign took off, garnering a total of 3323 cards. Her mum Julieanne Bujega said the family are touched by all the support. “She’s so excited, she’s telling everybody,” she said.

In a video posted on her Facebook page, Julieanne thanked everyone who sent her cards.

7. Boy with Albinism — the community’s joy — gives back

Jasper George is just like any four-year-old. He’s brilliant. He’s playful. He has that contagious laugh that makes your day a little brighter.

Jasper also has albinism, a genetic condition that prevents the body from producing melanin, a pigment that gives colour to the skin, hair and eyes. This affects about a thousand Australians; most of them are visually impaired while others are classified as legally blind. Jasper falls into the latter category.

When he entered kindergarten, Jasper’s mum, Lee, wrote a letter explaining his condition to his young classmates, and this was distributed during the first day of class. It added that despite this rare condition, George eagerly wants to play with them. Unsurprisingly, this heart-warming letter was spread across the Internet.

With his larger than life personality, Jasper and his family intend to give back by joining the The Age Run Melbourne event on July 26. This is a project by Vision Australia which aims to raise $2.25 million for charities across Australia. So far, the George family has raised almost $3000 for Vision Australia.

6. Parents urged to let kids interact with others regardless of race

Parents are urged to let their children play with others regardless of their race.

Queensland’s Mental Health Commissioner Dr Lesley van Schoubroeck said parents are doing more harm than good when they over-protect their children, “wrapping them in cotton wool” and “self-selecting” their friends. “The result is a growing lack of tolerance and understanding of how to interact with people from different backgrounds,” she added.

Race Discrimination Commissioner Dr Tim Soutphommasane agreed, saying that kids learn and understand more if they have contact with others. “Mixing with people from different backgrounds at an early age makes it more difficult for stereotypes and prejudices to take hold “” racial prejudices are a learnt behaviour,” he said..

“Kids are not born with prejudices, it’s something they pick up from those around them,” added Dr Soutphommasane.

5. Child rescued after allegedly being locked in car while father goes to job interview

A child was rescued after being locked up in a car for an hour.

According to police reports, the car was parked in Norwest Business Park, a public car park on Lexington Drive at Bella Vista, about 10.45am on Wednesday. The child was allegedly left alone by his father when he went in for a job interview. It was Robert de Oliveira, a business manager at Fairfax Community Newspapers, who was able to save the child.

He said he attempted to talk to the child giving him directions to unlock the car from inside. When the child was unable to respond, Mr de Oliveira broke into the car with the help of a local truck driver. The police arrived shortly and arrested the child’s 35-year old father. He was charged with leaving a child in a motor vehicle and causing emotional distress. He was granted bail and is due to appear at Parramatta Local Court on August 5.

Three kids ended up at the Nambour General Hospita after a game between Nambour Blues Under 13 and Pomona was called off midway last June 7.

Mum Amber Smith is angry with the local governing body of the sport after her son James was knocked down unconscious during the second quarter. Meanwhile, another teammate Max Vandenburg, 13, was already being taken care of for what turned out to be a ruptured spleen. Max’s mother Megan Vandenburg said the severity of that injury was not realised for a few hours after the match. Max had to spend a night in the intensive care unit and another four days in a pediatric ward.

Both mothers believed their sons were victims of a rough play.

AFL Sunshine Coast Juniors management committee general manager Cherie Brockwell said an independent investigator was already appointed by AFL Queensland. This was after Nambour officials requested an investigation into incidents from the match.

“In reference to the 7 June match, the AFL Sunshine Coast Juniors management committee will determine if any sanctions for either club will apply,” she said.

A New South Wales father was sentenced to at least six years in prison after being found guilty for facilitating the marriage of his 12-year-old daughter.

The 63-year-old man held an Islamic ceremony at his home in January last year. In this ceremony, he had his daughter consummate her marriage to a 26-year-old man. The couple had sex at a motel and twice at his home.

The father reasoned he wanted to stop his daughter from committing a sin, saying she had to be married before being sexually active.

Judge Deborah Sweeney was not convinced, saying their religious beliefs did not justify what happened. “The man wouldn’t have had sex with the 12-year-old had they not been married, and they would not have been able to marry without the father’s consent,” she said.

Masterchef judge George Calombaris gives his kids happy meals — but not from McDonald’s.

The celebrated chef admitted that whenever his eldest son James gets invited to birthday parties at McDonald’s, he doesn’t want him eating food there. Instead, he just lets him bring a packed lunch.

George said it’s about having better choices in food. While others criticise him for his stance, he believes food needs to be treated with respect.

“In life, we’ve all got religions. Some are Buddhists, some are this, some are that, whatever, and we respect people in Australia for whatever religion that is. For me, I look at food like my religion and I have my beliefs in food,” George explained to News.com.au.

This is what the 36-year-old TV personality wanted to instil in his son James and daughter Michaela. Though George still enjoys a cheeky “dirty burger” as a treat, he only considers burgers with “with real meat, cooked on the grill, buns cooked in the fat of the bacon, adding up real cheddar cheese, pickled beetroot, and a big bucket of yummy chips.”

1. Family under fire for allegedly putting child up for adoption on Facebook

A US family is being investigated for allegedly putting up their 4-year old child for adoption — through Facebook.

The post, which was said to be directed at other members of a Mothers’ Group based in Dubuque, Iowa, was written by 24-year-old Mallory Donarth regarding her toddler sister. It read:

“I need some help. Does anyone know a family who would like to adopt a 4 year old girl. My parents adopted her but got new jobs and they have no time for her. I have 3 kids of my own and can not handle another. Serious inquiries only.”

Police Lt. Scott Baxter said they received several calls about the post which prompted the investigation. However, the woman later updated the post, saying: “Let me rephrase. I’m not selling a kid, it was to help find adoption ideas. So calling the police to receive suggestions was ridiculous. She’s safe and fine. So thank you for your help.”

The post earned the ire of some online commenters. One said,  “I will take her and never offer to give her away, because I have a daughter who can’t have kids and would LOVE a child.” Some seemed to understand where the lady is coming from. Another commented, “I would adopt a 4 year old in need of a family in a heart beat…. anyone know who to contact to do so? Everyone is judging this lady but no one seems to have an answer on helping the child.” 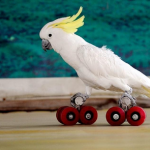 Videos To Laugh At: Amusing… 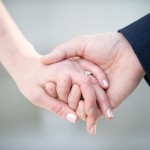 9 Ways To Get Hitched

New partner is circumcised
Answered 13 hours ago
Visiting Intimate Partner during covid restrictions
Answered 16 hours ago
My sister's new bf is circumcised (the last one wasn't) and she says it is amazing. Are they that different?
Answered 21 hours ago
My boyfriend says he wants me to boss him around...I don't know how get started. Do I just tell him what to do?
Answered 2 days ago