Here’s a roundup of the most fascinating parenting news stories today. Catch the story of a woman undressing in public, the story behind the photo of a mum with the C-section wound and her baby and more. Superheroes took the time out in saving the world as they rappelled down a children’s hospital and greeted sick children along the way.

Though they may not be the real superheroes, but they are the city’s heroes too — the members of the Aurora Police Department’s SWAT team. They dressed up as Superman, Spiderman, Captain America, Batman, Robin and Wolverine and climbed down the wall of the Children’s Hospital in Aurora last week. Police said that they teamed up with the hospital last year to have one wish ticked off on one of their patients’ bucket list. However, they decided on doing it again this year, and hoped to make it an annual event.

“Our guys absolutely loved it. It’s a different use of their skills, and putting smiles on those kids’ faces meant a lot to them,” Diana Cooley from Aurora police told NBC News.

7. Woman Undresses in Public For a Cause

A woman decides to undress down to her underwear in public for all the right reasons.

Jae West says she has suffered from an eating disorder in the past and would like to spread her message of loving your own body by stripping off her clothes at the bustling Piccadilly Circus in London. She says she was inspired by Amanda Palmer’s TED talk ‘The Art of Asking’ and was fed up with the rise of eating disorders and body-image issues in society.

Blindfolded and with a permanent marker, Ms West stood along the busy street, urging people with this message:

“I’m standing for anyone who has struggled with an eating disorder or self-esteem issue like me. To support self-acceptance draw a [heart] on my body”.

On the first heart drawn on her body, Ms West said she burst into tears and felt relieved, thankful and loved. “If everyone could know and appreciate how beautiful they are from childhood, I think this world would be a very different place,” she said. She also said that she was inspired by one father who approached her with his kids and explained to them what she was doing. “He was acknowledging the fact that everyone should love themselves exactly as they are and appreciate the bodies that they are given,” she said.

A pram was filmed sliding off a railway platform and hitting an incoming train. Luckily, the pram was empty.

In the footage obtained by 9NEWS, a mum was shown pushing the pram, while her child was seen walking by her side along the platform at Toowong Station. When the mum attended to the needs of her baby, she accidentally let go of the pram, which slid off to the side of the platform and hit an approaching freight train and was torn apart.

Queensland Rail safety manager Greg Fill reminded parents to be extremely careful inside railway platforms. “It really shows the devastating consequences of taking your eye off the ball for a minute and the inattentiveness that can occur particularly if you’ve got kids in and around stations and platforms,” he said. Kidsafe also advised parents that whenever prams are stationary, brakes should be locked, but more importantly the wrist strap should be used.

5. Man Filmed Lambasting Mum for Allegedly Abusing Son with Autism on the Street

A man, who just can’t stand the sight of a mother allegedly abusing her son who has autism, stepped up and fought back on behalf of the child.

This video uploaded on LiveLeak was taken by someone in an upstairs apartment in a North American city. The man, who claims he is also a parent, got into a shouting match with the mother and began cussing her after seeing the boy being allegedly abused by his mum, who also cussed back. The mother and her children were said to be playing around a stoop before they went to the street while arguing with the man. There was even a point during the argument when the boy fell to the ground and began flailing about.

Online comments ranged from commending the man for his bravery to stop the abuse, while others criticised the man for throwing profanities in front of the children. 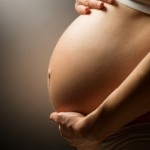 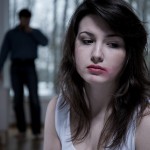 Is Your Partner Controlling?