Want to catch up with some of today’s most amusing parenting news stories? Read on!

8. Teen aims to break record by being the youngest pilot to fly solo around the world

Nope. This teen pilot does not have his head in the clouds. He just wants to go above the clouds — literally.

Lachlan Smart, 17, aims to fly from Sunshine Coast Airport in a Cirrus SR22 plane in June next year and travel the world by himself. It was only three years ago when he got interested in becoming a pilot, and in April last year, he completed his first solo flight. He then gained his private pilot’s licence just a few months ago.

His flight plan will include flying across the Pacific Ocean to the US, then from Canada to Scotland and home past Egypt, Sri Lanka and Indonesia. The longest flight to be at least 12 hours from Hawaii to California. Mr Smart wants to become the youngest person to roam the world and beat the current record holder, American Matt Guthmiller, who was 19 when he completed the trip last year.

A concerned lifeguard stopped a couple from perhaps doing something crazy — swim with the sharks.

In a video uploaded to YouTube, the lifeguard didn’t think twice about stopping the couple before they were able to go beyond the waist-deep water of Kill Devil Hills beach in South Carolina, where there had been cases of shark attacks recently. The couple were carrying pod-like devices or “homemade cages” that looked unsafe and appeared to be made of PVC pipes.

However, it is still unknown whether the couple intended to swim with the sharks using their invention or if it was just a plain playful scheme to capture attention.

6. Mum raises funds for operation of toddler who has rare muscle disorder

Single mum-of-two Janine Rae Matheson uses her every muscle just to get her toddler to live a normal life.

Her 20-month-old, Pippa has a kind of cerebral palsy known as spastic quadriplegia, which affects all four limbs. It was when Pippa was born three months premature that doctors discovered she has cerebral palsy with tissue deaths in her brain.

Because of this, Ms Matheson is raising funds needed to bring her daughter to America for a procedure called selective percutaneous myofascial lengthening (SPML) to stop the stiffening of her limbs and help her move freely. “It is hard to see her wanting to move, screaming because she can’t actually get there. She can’t sit up, or stand by herself,” Ms Matheson said.

Though it will cost her tens of thousands of dollars, Ms Matheson said would stop at nothing to give her daughter the world. To donate, visit this link.

The love story that touched many hearts is gearing toward forever as burn survivor Turia Pitt and long-term boyfriend Michael Hoskin got engaged.

The Women’s Weekly reports that Michael popped the question while the pair were on holiday in the Maldives. He said that he bought a diamond ring while Turia was in intensive care four years ago.

The engagement announcement spread as 60 Minutes presenter Michael Usher congratulated the couple on social media. He posted on Instagram his message, saying “We’ve been keeping this one quiet, but it’s official. They’re engaged!!! Congratulations my awesome friends @turiapitt and Michael. So bloody happy for you both”.

“I’m so overwhelmed with love at the moment,” Turia said.

Former model Turia was trapped in a bushfire during an outback marathon in Western Australia in 2011 and suffered burns in 64 per cent of her body. Since then, Michael has been by her side. She says she feels “incredibly blessed” having Michael in her life, who became her full-time carer. 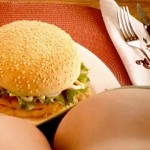 Videos To Laugh At: Funny…