Check out what’s trending in parenting news stories today. Catch up with the story of a father who is in a wheelchair who rose to walk his daughter down the aisle, hilarious moments of babies swimming underwater and more.

A Swedish public television has created a clever way of teaching children about menstruation — by using dancing tampons!

The musical segment, hosted by 23-year-old Alex Hermansson, on the Barnkanalen channel showcases four tampons dressed as pirates and kings. In the video, he can be seen strumming a guitar, singing and rapping, The Period Song. “I think it’s just fun and cool to talk about periods. The more knowledge and transparency [there is] the less of a stigma that many girls carry,” he said.

Swedish news outlet, The Local, quoted the head of programming for the Swedish public broadcaster SVT, Petter Bragée, saying he thought it was appropriate to air the video. “You should be able to talk about the most natural thing as half the world’s population is involved,” he said.

7. Photographer Captures Cute Underwater Moments of Babies and They are Hilarious! A photographer has captured the cute underwater moments of babies swimming — and they are hilarious.

Lucy Ray from Starfish Underwater Photography has found an amazing way to capture images of toddlers as they dive down during their swimming lessons. The pictures show adorable babies as young as three months holding their breath and exploring the underwater world. Using their natural amphibious reflex, the babies held their breath as they were released underwater by professional baby swim instructors. Kids with prosthetic arms can now look extra cool as a company, based in Bristol in England, creates bionic hands for children with artwork inspired by their favourite heroes. The company said that the new designs will get kids to be excited about their prosthetics so that physical therapy would mean hero training time. The project is led by Joel Gibbard who is behind the Open Hand Project, using 3D printing technology to make prosthetics more affordable.

5. Father of the Bride Diagnosed with Leukemia Rose From His Wheelchair to Walk Daughter Down the Aisle in Touching Video

A bride got the best surprise of her life as her father, who is in a wheelchair, stand up to walk her down the aisle in this heartwarming video.

Ralph Duquette from Maine in the US was diagnosed with leukemia in October 2012 and began to use a wheelchair after extensive chemotherapy. His daughter, Heather told ABC News that she had understood that her father’s illness meant that he couldn’t walk her down the aisle. But to her surprise, her father rose from his chair and walked her down the aisle on her special day. “When I saw him get up and come towards me I was overwhelmed. I started crying uncontrollably in front of everybody,” she said.

It was learned that Mr Duquette also danced with his daughter at the reception. This proves how a father would do anything for his child. 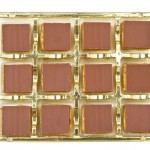