Start the week right by getting a dose of the most amazing parenting news stories!

Do you remember how you felt during your first plane fight? This 57-year-old Irish dad will surely do as his daughter recorded his tearjerker plane ride.

Michelle Carville captured her father Patsy’s laughs and cries as their flight from Dublin to Liverpool left the tarmac. She was able to record her dad’s joyous laugh when the plane taxied and lifted itself up into the air, while his emotions went high as well bringing himself into tears. Through all these, Michelle laughed her heart out, too, seeing her dad enjoying his first plane trip. Perhaps the perfect way to fight off depression is by getting high — up in the sky.

Hervey Bay’s Fern Talladine, 25, admits it was skydiving that changed her life forever. She told the Chronicle that she was battling severe depression and anxiety because of being discriminated for being gay. “Skydiving has given me a purpose to live,” she said, thanking her dad for jumping with her on her first jump during her birthday.

With an ‘A’ licence and her own parachute, she dreams of jumping 10,000 times before she dies. “I am up to my 31st jump now and I would love to jump (out of a plane) in Dubai one day,” Fern said. She added that she is now working on taking photographs while skydiving. Lavatories and airsickness bags are provided separately for a reason. They are not there to serve the same purpose.

However, a particular celebrity may not be aware of this. A passenger’s post on Facebook about a fellow passenger, who’s allegedly a popular Vietnamese singer, has gone viral. According to the post, the singer let her son pee in an airsickness bag in his seat instead of getting to the lavatory. The post was reported by travel site VNAFlyer and it reads:

“On board this beautiful A350 which still has that new plane smell (currently at 9000m, so you can still use the lavatory), one beautiful female passenger in Seat 11B, with 10 fingernails painted in 10 colours, dressed very fashionably, tore open a vomit bag for her son to pee in, splashing everywhere.

“Chief Steward asked why she did not take him into the lavatory instead of dirtying the plane, but the passenger didn’t even want to look/acknowledge the Chief Steward. Truly insane.”

The plane has only began flying between Hanoi and Saigon. Even in the most unusual circumstances not involving fire, firefighters are always a big help.

Such is the case of a Brighton mum who could never thank Mentone firefighters enough for freeing her daughter’s pinky from her car’s console. Martine Harte said that her five-year-old daughter, Emerald, got her finger stuck in the car’s console after they parked outside Sandringham House early learning centre. “It was extremely painful for Emerald, the slightest movement caused intense pain,” she said.

Rescue firefighters used their equipment to lever up the console and release Emerald’s sore finger while doing everything they can to ease the child’s pain. Mentone MFB Leading Firefighter Carl Anderson said it was an unusual call-out in the 30 years he has been a firey, though he said this is a rewarding one. “We often have kids stuck in things, but I’ve never had a finger in a car console ­before,” he said.

For this young girl, the life of her boy bestfriend is much more precious than her beautiful blonde hair.

Libby Tucker-Spiers, 9, decided to cut her long, blonde locks in support of her best friend, seven-year old Aiden Selleck. Aiden was diagnosed with kidney cancer and has lost all his hair due to the effects of chemotherapy.

Libby’s mum, Charlie Spiers, told ABC News in the US that her daughter and Aiden are inseparable. She is proud of her daughter for being selfless, and proud of Aiden as well for being brave. “They say they’re boyfriend and girlfriend. On Valentine’s Day they got each other cards and everything,” she said.

Indeed, this is a perfect example of a true friendship. Portable and inflatable pools are probably the best ways to cool off this summer, but many pool safety experts are not cool with it.

A pool safety group at the Westmead Children’s Hospital say portable pools are “more dangerous than permanent pools” because many parents see them as less risky. Professor Peter Middleton, the chair of the NSW Branch of the Australian Resuscitation Council says:

“These pools are real danger. We wouldn’t leave kids in a full bath of water by themselves, or even in the same room, but some parents leave them in a bath full of water in the garden.”

In a draft paper, they suggest selling portable and inflatable pools with compulsory fencing to prevent backyard drownings. The paper also estimated that there are at least 10 incidents classified as “non-fatal drownings” in portable pools each year. It also said that health experts in the United States saw a rise of drownings and near-drownings in unfenced portable pools of as much as 25 per cent.

The chair of the group, Professor Danny Cass, suggested a slip-and-slide might be a safer way to cool off next summer. 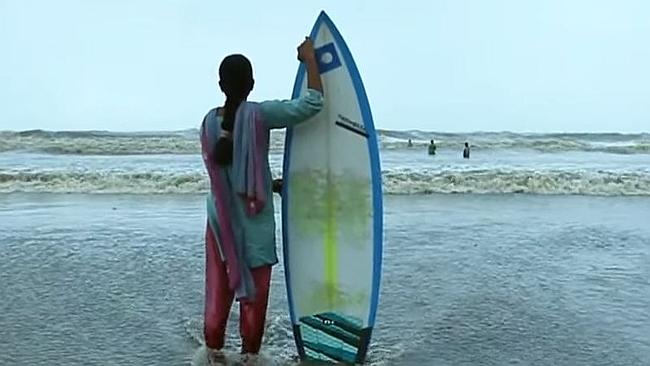 Despite being ridiculed for surfing, this 18-year-old Bangladeshi girl is making waves in a sport that is considered a Muslim taboo.

After being forced out of her family home at the age of nine, Nasima Akter has found a home in the water. Despite the Muslim customary beliefs against swimming in public, she found herself defying them and even dominating the surfing world. She has consistently beaten other male rivals despite her wearing a traditional shalwar kameez or baggy trousers and a thigh-length shirt that puffs in the waves.

As a tribute to Ms Akter’s courage despite the odds, a new documentary, The Most Fearless, will debut at film festivals later this year. Californian filmmaker Heather Kessinger said Ms Akter was “unwilling to give up.”

“Think about pioneers anywhere. Sometimes they are the ones to walk through and be real­ised, and sometimes it’s the next generation. The story of Nasima is not over yet,” she said.

It was a devastating day for the family of a man killed by a shark in Tasmania, saying he was a ‘great bloke.’

Damian Johnson, 46, was diving for scallops with his daughter, who was in her 20s, near Maria Island on Saturday morning when a great white shark attacked him. His daughter waited for him at the surface but he failed to appear. She went down and saw her dad being attacked by a shark.

Authorities say it’s the first fatal shark attack in Tasmania in 17 years. Police have warned boating enthusiasts and divers to refrain from going near the area near Orford. 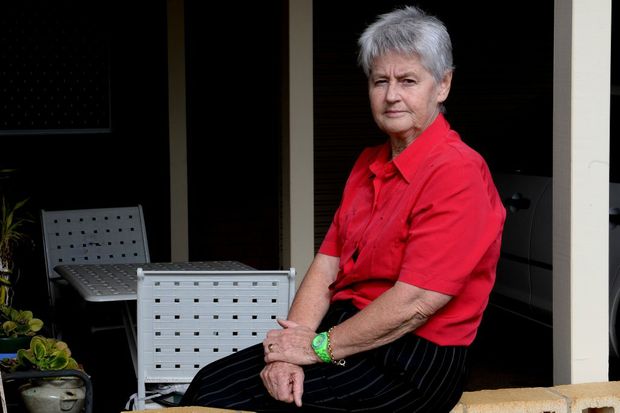 After caring for people with dementia, a study shows some dementia carers need caring too in order for them to be away from suicidal tendencies.

In a study, Griffith University researchers found that 26% of dementia carers had contemplated suicide in the previous year. Of that number, 30% believed that they would attempt suicide in the future. The study, which is published in the journal Ageing and Mental Health, surveyed 120 family carers across Australia and the United States.

Dementia is a chronic mental disorder caused by brain disease or injury and marked by memory disorders, personality changes, and impaired reasoning.

Veteran dementia carer Meg Pickup does not find the study’s findings surprising. She was a full-time carer for her mother, Mary for five years until her mother was placed into a nursing home. “It is actually quite a demanding position for people to be placed in. The person is physically there, but their personality changes and the ability to communicate with that person disappears. You become the carer for someone who is simply a physical presence. All the (reciprocal) commitment that goes with having a loving relationship just dies,” she said.

She also added that carers often deal with their own health issues too because they are also entering old age and that this is a challenging task. This study has sealed in the campaign on the Northern Rivers to maintain Federal funding to dementia outreach services. When In Drought? Paint Your… 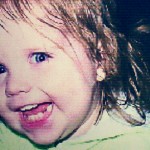 Comments
Answered 21 minutes ago
New partner is circumcised
Answered 9 hours ago
Visiting Intimate Partner during covid restrictions
Answered 12 hours ago
My sister's new bf is circumcised (the last one wasn't) and she says it is amazing. Are they that different?
Answered 17 hours ago