Here’s a wrap-up of the most captivating parenting news stories today. Read on some stories of heroic acts to a disturbing story of a sheriff putting handcuffs on a child.

9. Professional Skater Saves Young Boy From Being Hit With a Flying Skateboard

A professional skater with high-speed reflexes has saved a young boy from being hit by a flying skateboard in a US skate park.

Steve Ball and some professional skaters were having a ramp session in Baltimore, Maryland. His fellow, Rodney Jones was doing his stunts when he made a badly timed landing, sending his skateboard through the air towards a crowd.

Ball suddenly did a split second move to catch the flying skateboard just before it will hit the face of a young boy beside him.

The clip has since gone viral with over 250,000 views after it was uploaded.

8. Girls Swapped at Birth in Hospital Learns About Biological Parents After 24 Years It took 24 years for two girls in Italy to know that they have been switched at birth at a hospital, which their families are now filing a lawsuit against.

In a Daily Mail report, Lorena and Antonella were born on the same day in the same hospital in Puglia, Italy in 1989. They were labelled with bracelets, but the hospital staff accidentally swapped the babies and gave them to their wrong mothers. Baby Lorena was given to couple Caterina and Michele Cobuzzi while little Antonella was given to Loreta and Luigi Mazzone.

It was only years later when the Cobuzzis learned that their daughter may have been switched when a photo of Antonella posted on Facebook showed her as a spitting image of Caterina. The couple then researched about both babies’ history and learned that they were born in the same hospital on the same day. They immediately got a DNA test and proved that Antonella was their biological daughter.

Both families are taking legal action for millions of dollars because of the mix-up, which is considered as the first of its kind in Italy. A mum’s quick action has saved her daughter from being abducted in a park.

A 32-year-old mum told The Mirror how she was able to rescue her child from possible abduction at a local park. She said she was with her two children who were playing at Dartmouth Park in West Bromwich. As she was attending to the needs of her one-year-old son, she realised she has not seen her five-year-old daughter in the splash pad area where she was playing.

She immediately searched for her around the park until she saw a little girl covered in red towel being led by a woman towards the park’s exit. She rushed towards the woman and asked her where she was taking her daughter.

“I ran over to her. I said ‘what do you think you are doing?’ She said ‘she was freezing and I was trying to find you’, she said. “My daughter had a tip-top drink in her hand which the woman had given her. I said to her ‘You were leading her away towards the exit’,” she said.

She hurriedly grabbed her daughter and asked her why she didn’t point to the woman where she and her brother was. “My daughter said. ‘I did mommy. I could see you I pointed and told her where you were’.”

Police are now investigating the incident. Detective Inspector Ronan Tyrer of West Midlands Police CID said: “The child is safe and officers are continuing with their inquiries and checking local CCTV in a bid to identify the woman.”

6. Baby Boy Dies After Drowning in Bath While Mum Gets Son’s Pyjamas Just two minutes, that’s all it took for a mum to regret her decision to leave her toddler in the bath to fetch her baby boy’s pyjamas.

Mum-of-three Zoe Warner-Simpson, 29, never expected this tragedy to happen to her youngest baby boy, Edward, who she left in the bath, playing with her other son, a four-year-old, while she fetched her son’s pyjamas from the bedroom for “literally two minutes.” When she returned, little Edward is facing down in the bath, not moving.

The toddler was immediately rushed to Milton Keynes Hospital. He was put on life support for days. His father, Andrew,  said at the inquest that they decided to turn off the machine on April 17 as the oxygen starvation left their son with irreparable brain damage. The little boy continued to fight for his life until his last breath.

Coroner Tom Osborne ruled that the toddler’s death was simply a tragedy and has no suspicious circumstances. 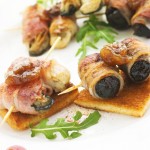 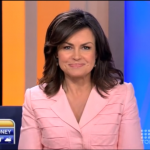 The Most Hilarious Fails on…

What brand of underwear for a 16 year old boy?
Answered 23 seconds ago
no more sex
Answered 8 hours ago
Parenting Wins??
Asked 9 hours ago
Can Single mums buy a house
Asked 10 hours ago