Here’s a wrap-up of the most amazing parenting news stories today. Read the story of a mum scarred with bleach to treat her eczema, a teacher jailed for sex offence, a girl committing suicide for losing mum to breast cancer plus more.

Star Wars fans might just want to get a hold of this for their collection — a Darth Vader fire pit.

A video of this custom-made fire burner was posted by Burned by Design on Facebook and is now trending with over 14 million views, earning positive comments mostly from Star Wars fans, thanking its maker, Alex Dodson. The Darth Vader fire burner is believed to have been bought by an Australian man and was built by Mr Dodson who lives near Barnsley in South Yorkshire. The British welder also makes themed wood burners and fire pits out of steel and crafted other Star Wars characters for his customers – including R2D2, Boba Fett and Stormtroopers.

A young mum couldn’t help but share to her five-year-old boy the news of her pregnancy, and his reaction was worthy to be shared to the whole world.

Mum-of-one Sarah Bromby, 23, filmed the moment her son, Ethan, was told of the news. She first shared the video in Facebook. In the video, Ethan can be seen being handed out printouts of what are believed to be ultrasound scans. He then asked if it was him, then his mum said, it wasn’t. Ms Bromby then breaks the news. “Guess what? You’re going to be a big brother,” she says.

“Is that your baby? Is it in your belly right now? Is it?!,” Ethan says. As Ms Bromby agrees, Ethan exclaimed: “I’m going to be a new big brother!” The video has now gone viral with over 25 million views with positive comments congratulating Ms Bromby and adoring her son which has made the video extra cute with his rich accent.

7. Woman Films The Moment She Was Warned by Her Dog Before an Epileptic Seizure and Then Saved Her Life

A young woman, who is suffering from epilepsy, shared her video showing the moment her Labrador warned her that she was about to have an epileptic fit – and then saved her life.

Shannon Locke, 23, filmed the whole scene after two-year-old, Poppy, who sensed the fit 15 minutes before it took hold, alerted her that she was about to have a fit. So she turned on the camera and lay in a safe position on her back on the bed. “One day she just started to act strange, I’d no idea why. She just kept coming up to me and was panting. I didn’t think much of it to begin with, but then I realised she was picking up that something wasn’t right,” she said.

In the video which was uploaded in Facebook, Poppy can be seen clearing Ms Locke’s airways by licking her mouth to prevent her from choking on excessive saliva. Speaking to Belfast Live, Ms Locke explained that she has been having seizures since she was 17. The attack happens up to five times a day, which can often be fatal, and now occur several times a week.

“Poppy is amazing and not only does she alert me but she brings me out of the post icle stage of a seizure. I hope everyone can now see how amazing she is, my beautiful life saving fur baby, who I would die without (literally!!),” she said.

Ms Locke said that she and a trainer, Neil Powell, have started a charity, called Disability Assistance Dogs that involves life-changing dogs trained to help people with conditions like hers. A former model has dropped almost four stone in less than two years for a rare condition that lets her vomit all the food she eats.

Mrs Brown’s weight dropped by 30 per cent, from a healthy 10 stone to just six stone, in less than two years, now weighing just 89lbs. Her condition is so rare that she is one of just 400 documented people across the world with the illness, which has a mortality rate of one in three.

Mrs Brown said she was diagnosed with the condition after she visited three different hospitals, and went through a series of CT scans. She said that she wasn’t noticing her weight loss at first until she suddenly wasn’t able to eat as much as she does. “I was vibrant, social, healthy and spirited and now I’m in constant pain, rely on others and I’m confined to my home most days,” she said, describing her pain as though there are ‘two metal fists grabbing as tight as possible’ and twisting her intestines. Now she is spending the little energy she has left to bring awareness to the crippling disease.

5. Young Mum Scarred For Life After Bathing in Bleach On  Doctor’s Advice to Treat Her Eczema

A mum was scarred and close to death after she was allegedly told by a specialist to soak in a bath with bleach to treat her eczema.

The Daily Telegraph reported that 29-year-old Sarah Cole spent a month in intensive care and a burns unit recovering from her horrific injuries and scarring 98 percent of her body. She said that she had visited a specialist seeking advice about treating her skin condition when she was advised to use bleach. “I can remember saying to him ‘there’s no way in hell I’m going to bath in bleach, that’ll burn like crazy’ but he said to me and my mum ‘no, no, you have to try it’. You don’t expect someone that qualified to give you bad information,” she said.

The mum-of-three was rushed to hospital by her partner, Ricky, days after she took the bath, initially felt some stinging, until two days later, she started shaking and could no longer walk nor talk. She spent two weeks in ICU before being transported to a burns unit at Concord Hospital in Sydney. Her family basically prepared for her funeral as her situation worsened.

She has since been released from hospital but is now ‘scarred’ for life for the emotional and psychological effects it had on her. 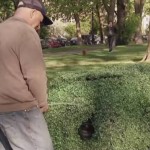 Must See Pranks That Will… 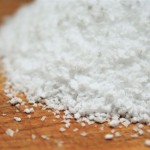