Just when you thought the Red Hot Chili Pepper’s Carpool Karaoke video couldn’t get any more amazing, it did.

Red Hot Chili Peppers frontman Anthony Kiedis has claimed in a radio interview that during the filming of the Carpool Karaoke segment with James Corden, he saved an unresponsive child.

In a British radio interview with Chris Moyles on Radio X, Kiedis told of how Corden and himself were having a dance-off in the street. As they were finishing, a woman came running out of a nearby house with a child in her arms, yelling that the baby couldn’t breathe. Kiedis describes the scene:

Anthony Kiedis saved a baby during Carpool Karaoke. This is incredible! https://t.co/9ZfxoRkOBr

“We all ran across the street, the woman thrust the baby into my arms, the baby was not breathing and I thought ‘I’m gonna try and do a little baby CPR real quick, see if I can get some air in this kid,” he said.

“So I started rubbing the belly, bubbles came out of the mouth, the eyes rolled back into place, the ambulance showed up and I handed the baby over, who was now breathing and fine, and we went back to Carpool Karaoke.”

Kiedis also later noted that the baby’s name was Nina, and that she had been looking at him the entire time. He said that running to the woman’s assistance was a natural reaction for him as a parent. His own son Everly Bear was born in 2007. 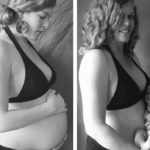