Parents of an estimated 142,793 children under the age of five were cut off from up to $15,000 in taxpayer-funded child care payments under the Federal Government’s “No Jab, No Pay” policy.

Figures showed that parents in Adelaide city and the Gold Coast Hinterland were mostly the ones who failed to vaccinate their children.

“That’s good news but there is more to do, so we’re going to keep pushing hard. It’s a tough policy because this is about public health and the safety of our beautiful kids,” he said. The policy, which was introduced in January 2016, states that ‘conscientiously objecting’ to vaccinations on non-medical grounds is not a valid exemption.

The average immunisation rate across Australia is 92.2 percent.

In Sydney, the suburbs in the north, inner west and east recorded some of the highest rates of unvaccinated children. The eastern suburbs recorded child vaccination rates lower than Australia’s average, with only 88.9 per cent of five-year-olds vaccinated for diseases including whooping cough, measles and hepatitis. 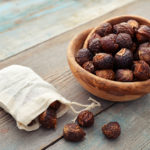