A17-year-old named Stuart Kelly stood up at a fundraiser and said three simple words that stopped me (and I’m sure everyone else in the room) in their tracks: Australia is an alcoholic.

Stuart probably knows better than anyone the damage that alcohol can do, especially since his own brother Thomas Kelly was killed by a drunken stranger with a single punch.

Thomas’ death happened three years ago on King’s Cross, that place where people go to lose themselves in the legal numbing agent and accepted social lubricant that is alcohol.

On that particular night Thomas, aged just 18, was involved in a fight with a drunk and angry man. With just one punch, that man ended Thomas Kelly’s life. We have to wonder, and I’m sure Thomas’ family did as well, what the outcome might have been if alcohol was not involved.

Following the death of Thomas Kelly, and then another young man Daniel Christie just one year later, radical changes were made to state liquor laws in NSW. They specifically targeted trouble hot spots like Kings Cross and the Sydney CBD. The laws included 10pm closing for bottle shops, 1:30am lockouts and 3am last drinks. The outcry was loud and sustained, with many businesses claiming their profits would suffer, but the laws appear to have worked.

In fact, since they were introduced in January of 2014 crime statistics show that assaults have fallen 32% in Kings Cross and 26% in the rest of the CBD. The side effect of this is that a number of pubs and bars along the Kings Cross strip at Darlinghurst Road have closed. A spokesperson from the Kings Cross Licensing Accord Association said it was not surprising that the rates of assaults had fallen simply because fewer people came to the area at all.

Now, these laws are not unusual, and in Queensland, a 3am lockout is mandatory. However, when similar laws tried to get off the ground in Melbourne they only lasted 6 months before being quietly changed.

Why is it that in Australia the ability to drink into the early morning hours is more important than the rights of people not to be assaulted by drunks without warning?

Australia Is An Alcoholic

As I mentioned at the start of this article, Stuart Kelly’s phrasing really did stop me in my tracks.

Because I’m not a drinker, and I know exactly what he’s talking about.

I stopped early last year after I broke my elbow and got put on the kind of painkillers that need a drool warning on them. After I got the all clear to ‘get back to life‘ as my doctor put it, I just never started again. My partner had never been much of a drinker, and after months of sobriety I realised that I’d never felt better. I resolved to stop drinking, and he joined me.

In all honesty, I expected that not drinking would be more of a challenge, but it wasn’t. We stopped going out to clubs and pubs, didn’t drink at restaurants, and ended up saving buckets of money. We used it to travel and not drinking on holiday also yielded an entirely new experience. What I didn’t expect was the reactions that I would get from people when they found out I didn’t drink.

“What? Why would you do that?”

“Are you Mormon or something?”

“Your life must be so boring!”

“What do you do with your evenings and weekends?”

The answers became like a mantra. I stopped because I wanted to stop and I’ve never felt better. I’m not Mormon, coffee is much too important to my life. Actually life isn’t boring at all, it’s full of interesting experiences that don’t revolve around drinking. I exercise, read books, watch films, go out to dinner and experience life without hangovers.

But despite this, both my partner and I are seen as something of comical oddities, removed from the mainstream lifestyles of Australians because we don’t drink. People feel awkward inviting us places, even though we don’t care if other people drink. One of my friends confessed that she doesn’t invite us because she feels guilty that we won’t be having fun.

Ok, since when did alcohol become a necessary ingredient in the experience of fun in Australia? I must have missed that memo because since I stopped drinking I’ve actually had more fun, more often. It seems to me that in the Australian mindset all young people (unless they’re incapable or pregnant) should be involved in hard drinking on a regular basis or risk social exclusion. Do you see something wrong with that?

I do. I see it in the way that people view alcohol as a necessity instead of an option. I see it in how alcohol has become a coping mechanism for our day-to-day existence. And I certainly see it in the needless violence that resulted in the death of Thomas Kelly and all the others like him. 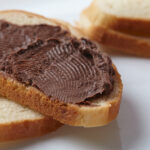 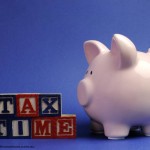 This Is How You Maximise…

How to Make Scottish Potato Scones
Asked 3 hours ago
Changing Name
Answered 18 hours ago
How common is circumcision these days?
Answered 22 hours ago
Whats the naughtiest/kinkiest thing you've done while married or in a committed relationship?
Answered 1 day ago