An outrageous backflip by the Queensland Court of Appeals on Gerard Baden-Clay’s murder conviction has been blasted as a step backwards on the fight against domestic violence in Australia.

The conviction against Baden-Clay for killing his wife, Allison was recently debased from a murder to a manslaughter. From the moment it was announced, the ruling has provoked outrage in the community as well as harsh criticisms regarding the state’s justice system. Family violence experts, support workers, and Allison’s own family are calling the decision a slap in the face to victims of domestic violence.

Baden-Clay was convicted of murder last year after killing Allison and dumping her body in a local creek. At the time, he was a struggling local real estate agent, buried in debt and having a extra-marital affair.

Nobody is feeling the pain more today than Allison Baden-Clay’s family. Her relatives are disgusted by the court’s decision after believing that justice had been properly served. Allison’s cousin said to Nine Network that the legal system fails a lot of women and children who are being killed and living in domestic violence.

“I think that really causes a lot of people who don’t or are not educated in domestic and family violence to not understand what is actually going on behind closed doors, ” Allison’s cousin said.

Linda-Ann Northey, the President of Ending Violence Against Women Queensland, said that the verdict from the Court of Appeals did not send a positive message to the victims of violence. She said that she was disappointed with the decision, but public interest in the case did present an opportunity to reframe community views on family violence.

The Court of Appeals explained that Baden-Clay’s murder charge was appealed for a manslaughter charge because three of the Court’s judges found there was a “reasonable hypothesis consistent with innocence of murder”.

The judges decided that it was entirely possible that there was a “physical confrontation between (Baden-Clay) and his wife in which he delivered a blow which killed her…without intending to cause serious harm”. By this reasoning, Allison’s death was an accident as opposed to a pre-mediated act.

Of course, not everyone agrees with this line of thinking, including Ms Northey.

“This legal decision opens up the discussion of how we view domestic violence as a community issue,” she said.

“My question would be if someone has been perpetrating domestic violence in a relationship, are they then culpable in recognising that could lead to someone’s death?

“For a woman experiencing long term historical domestic violence, there needs to be some recognition that there’s premeditation and that a perpetrator needs to be culpable in recognising that could lead to death. It is premeditated.”

She suggested that it was necessary for Australia to change the way that it viewed domestic violence, approaching the matter the same way we viewed ‘one-punch’ attacks.

“We know it can lead to death, examples like this highlight that, so perpetrators of domestic violence need to be culpable for what their actions may cause,” she said.

Disappointment Across The Country

Family Violence campaigner and Australian of the Year, Rosie Batty also voiced her disapproval of the decision, saying she was “gutted” by the change in conviction.

“It absolutely sends the same message that I’m saying all of the time, that we undermine, disregard and disrespect a victim in a violent relationship,” she said.

“Why is it so hard to believe that when there’s a history of violence that the murder is intentional. Certainly, I think that our whole judicial response needs a complete overhaul.”

Karen Willis, the Executive Officer of Rape and Domestic Violence Services Australia echoed these statements, and drew attention to the necessity of a national discussion on domestic violence. In particular, she prioritised a national agreement in the way the legal system deals with domestic violence perpetrators.

“One thing that needs to be looked at is a difference in sentencing between assault or a murder that happens in a domestic situation to one that happen in another. It doesn’t matter what your relationship is,” she said.

Ms Northey said that the Baden-Clay case clearly showed that there needed to be changes made in the Australian system, and she hoped victims wouldn’t be turned away from seeking help.

“The message that needs to get out there is that domestic violence perpetrators are taking a risk that could lead to murder,” she said. “Not a message to women that there’s no culpability.”

The Australian people are also making their feelings heard about the change, with more than 100,000 people signing a petition to urge Queensland’s Attorney General to further appeal the decision after it shocked the country. A rally has been organised today in Brisbane in honour of Allison and against what they feel is a failure in the justice system. The rally, supported by Queensland senator Glenn Lazarus and Bruce and Denise Morcombe, parents of murdered schoolboy Daniel Morecambe, is expected to attract thousands of protestors.

What do you think about the Baden-Clay conviction? 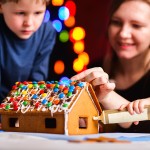 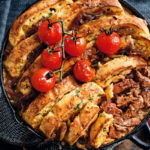