A footage has emerged showing a brave six-year-old girl who confronted an axe-wielding robber as he attacks a man in her father’s electronic shop.

Sarah Patel was able to lead a man to safety during an armed robbery after she stopped a man holding an axe from attacking another man in her father, Suhail Patel’s electronic shop in Auckland, New Zealand, when it was being ransacked by six people on Monday afternoon.

In a CCTV footage, Sarah can be seen running towards the attacker and pushes him. Taken aback, the man, who was standing over one of her father’s employees, pauses. Sarah then runs off before being seen leading another person to safety outside the store.

Mr Patel told TVNZ of his daughter’s heroic deed. “I’m proud of her, definitely. I think she thought they were trying to hit [the employee] she maybe thought she could help,” he said.

He said Sarah was shocked about what happened but was getting better. Stuff.co.nz reported that the six alleged robbers fled in a stolen car, but police was only able to apprehend five of them, all aged 16. Police are still on the hunt for another man who remains at large. 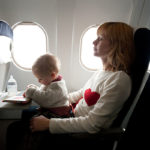 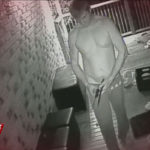 Chilling Footage Emerges of A…