A mum was left “shaking” after a shopper harassed her for breastfeeding her baby in a department store in the US.

Mum Jessie Maher said she was shocked at a man who was so “disgusted” by the sight of her naked breast as she breastfed her baby daughter in a Target store in Torrington, Connecticut in the US earlier this week.

Ms Maher decided to film the abuse and posted it on her Facebook account which has now got more than 7.4 million views.

She asked in her post if anybody knew the man who “verbally assaulted” her. She also shared their conversation:

She also said that the man was so disgusted that he demanded a refund for his goods, even as staff and other patron’s went to her aid.

After the exchange, Ms Maher told WSFB that she is grateful for the amount of support she received. “The amount of people coming at me to defend me was amazing. Everyone that was right in that area was there for me defending me, so it felt really good,” she said.

While the man, who immediately left the store after the incident, has since been widely criticised online, Ms Maher says she’d rather focus on the positive aspects of the experience. 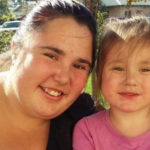 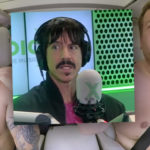