Aged and disability pensioners and parents on benefits will be next in line in Centrelink’s controversial ‘robo-debt’ campaign.

The crackdown is coming despite the new automated billing system wrongly accusing thousands of Australians of having unpaid welfare bills.

The Parliamentary Budget Office has released new charts revealing that the Australian government could save $1.1 billion over four years by dealing with the over payment of the Aged Pension. It adds that another $400 million will be saved by targeting lavish Disability Support Pensions, and another $700 million by aiming at those on parental income support.

A Sydney Morning Herald analysis showed that in the Mid-Year Economic and Fiscal Outlook charts, which was published on Thursday last week, it revealed that the robo-debt campaign will be extended to 2.5 million aged pensioners and about 800,000 disability support pensioners. Former Sydney radio personality Ian Rogerson has complained after his 21-year-old son, Jack, who has autism, was wrongly billed $3,000 for Centrelink debts under the automated debt collection system.

Jack’s mother, Nicole Rogerson, who is the chief executive of Autism Awareness Australia, said the new system was ‘harming the most vulnerable’.

This week, Human Services Minister Alan Tudge has instructed his department to amend the debt recovery system. However, he has rejected calls from his Labor counterpart Linda Burney to temporarily stop the computer-generated debt chasing scheme, amid reports Centrelink workers had been given debt quotas. Centrelink spokesman Hank Jongen said welfare recipients would only be asked to explain their payments if their tax returns didn’t match their Centrelink declarations.

In a ReachTel poll released this week, it showed Centrelink’s debt recovery made an impact in the Turnbull government’s popularity, with his Coalition trailing Labor 54 per cent to 46 per cent. 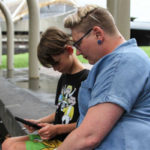 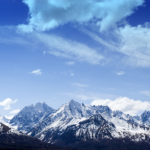 Australian Mum And Her Three…

Would it be mean?
Asked 10 hours ago
My Baby Was Really Ugly
Asked 12 hours ago
Male strip show!
Asked 13 hours ago
Coffee and Condensed Milk Ice Cream
Asked 16 hours ago