For most sexual assault victims, fighting to be heard and to share their stories is the hardest step. But for those victims of paedophile priests, the fight is painful and ongoing.

As well as the struggles that any sexual assault victim faces, particularly a child victim, the individuals and families at the centre of Australia’s paedophile priest scandal have another opponent to content with: the church itself. Fighting for recognition of their suffering, as well as fighting for justice for victims whose lives were changed by the abuse has been a battle that, for some families, has gone on more than two decades.

At the centre, though he may try to distance himself, is George Pell, a Cardinal who was known for his praise of the Melbourne Response. The Melbourne Response was a program set up by Cardinal Pell when he was the Archbishop of Melbourne in late 1996. He applauded the program, which aimed to investigate child sexual abuse allegations in the Catholic Archdiocese of Melbourne. Complaints are assessed by an independent commissioner before being referred on to a compensation panel, with each victim being able to claim $50,000 in compensation.

But all is not as it seems.

Tara Brown from 60 Minutes has uncovered documents that show the Melbourne Response did not deserve the high praise heaped upon it by Cardinal Pell. On the contrary, the documents show that the approach of the Melbourne Response was cynical, disregarding families and in some cases, attempting to stop the victims from speaking out against the church.

Two people who found themselves right in the middle of the entire scandal were Christine and Anthony Foster, who have been working for justice for sexual assault victims in the church for years. It started with their own daughters, Emma and Katie, who were victims of Father Kevin O’Donnell when they were just children.

The effect was devastating for the girls, and heartbreaking for their families. Emma struggled to deal with the abuse, eventually taking her own life. Katie used binge drinking to escape the reality and was badly injured in a car accident after walking out onto the road. She will need care for the rest of her life.

The Fosters claim that George Pell lied on one occasion about an incident that happened when they confronted him to show the damage the abuse had wreaked on their daughter Emma. They showed him two photographs, one of Emma after a suicide attempt, and one of her at confirmation.

Cardinal Pell allegedly said to them: “She’s changed hasn’t she?”

In 2002, during a 60 Minutes interview, Richard Carleton questioned Pell about the conversation, only to have him deny it ever taking place. However, 10 years later, he admitted that he had indeed said that, and only reacted as such because he was shocked at seeing the photo. For the victims, it’s yet more proof that the church can not be trusted to tell the truth, with integral players willing to do anything to protect the church from slander.

After beginning his career in the church as a parish priest in Ballarat, Cardinal Pell now occupies a place at the top of the Vatican, third in charge overall. It was a long journey, and throughout his career, Pell has gone to lengths to protect himself from the bad reputation the sexual assaults at his church might have had. His intervention program, intended to be on the side of the victims, has been described by critics as nothing more than a ‘cynical smokescreen designed to protect the Catholic Church at all costs’.

Even more than that, Brown’s 60 Minutes exposé uncovered that rather than seeking justice for victims, the Melbourne Response was working to limit the amount of compensation given to families. The Foster family, representing some of the other families involved, said that the Melbourne Response was not able to provide recognition to the victims for the suffering they had experienced, nor were they made to feel like the person behind it would be punished. Instead, the families said they felt they were not believed or supported as they tried to share their stories.

After speaking with the Fosters, Brown said: “They feel very vindicated and in their case, the royal commission found the Melbourne Response was not independent, despite Pell saying it proudly.”

Now that it has been proved that the Melbourne Response did not successfully provide what it should have, the future might be a little better for the families involved.

Certainly, all eyes will be on Cardinal Pell as he travels to Australia to make an appearance at the royal commission. There is no doubt that he will be grilled about the entire affair, and the families are very interested n his response to the complaints, concerns, and new evidence that have come to light as a part of the 60 Minutes investigation. 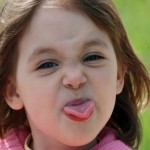