Brett Peter Cowan, the man who murdered Queensland boy Daniel Morcombe, has been taken to hospital today after being attacked by a fellow inmate.

The inmate, who will not be named, gave Cowan a “hot shower”, a prison expression for dousing someone with a bucket of boiling water. According to the Courier-Mail, Cowan was attacked with the scalding water, which caused quite serious burns to his head and body.

Cowan was taken to the Royal Brisbane Hospital from the Wilson Correctional Centre at 9:28am this morning, and he was later transferred to Princess Alexandra Hospital, which has a secure unit for inmates. His injuries are not considered to be life threatening, and his condition is stable.

A spokesperson from the Queensland Corrective Services confirmed the incident, and also noted that “another prisoner is being interviewed in relation to the incident” and that an investigation was underway.

The attack came as no surprise to many, particularly after the concerns raised by Cowan’s lawyer when his client was moved from a protective cell and released into a general prison setting earlier this year. Tim Meehan, from Bosscher Lawyers, said that there shouldn’t be opportunities for others to punish Cowan when he is already serving his time, noting that “there’s an awful lot of ill feeling towards him [Cowan]”. “It’s disappointing that the prison saw fit to move him from his protective cell, given the fact that there have been wide ranging calls to take swift and severe action against Brett by all sorts of people.”

In this case, it certainly appears that Meehan was correct. Cowan is currently serving a life sentence with a 20-year non-parole period for killing 13-year-old Daniel Morcombe in December of 2003. His arrest came after an 8-year police investigation, and an appeal against his murder conviction was refused by the Brisbane High Court earlier this year.

Mum of Boy Born With… 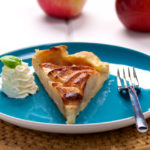