Here you can put yourself into two categories.

There is nothing that gets a taxpayers’ blood boiling more than a “dole bludger” “” a person who sits at home all day playing video games collecting taxpayer money because “they don’t want to go to work”. Don’t get me wrong, there are many people out there who cannot work because of a disability or injury, and I am proud we live in a country that willingly helps these people out. But it’s the ones who don’t need the help “” the able-bodied person who can swing a broom or unpack a dishwasher. Hey, it’s not amazing work, but nevertheless it is paid “tax-payer” work just like the rest of us.

It’s frankly not fair to paint the jobless as lazy and unmotivated; for high-paid Government ministers to sit in their ivory tower and provide a “solution” or “crackdown” that denies these people basic financial support while requiring them to apply for jobs that don’t exist. Jobs that will get them nowhere in life. These people want jobs, there is just not enough jobs out there for them. We need to continue supporting our unemployed until they find work.

Ok, so before you settle on one or the other, here are some facts:

The working age population receiving income support peaked in 1997 at 24.9 per cent and fell significantly to 16.7 per cent in 2013 “” the last time data was released.

Figures on welfare recipients from 2012 reveal that about 7.1 million people in Australia are receiving Government handouts, which equates to a whopping $90.5 billion each year.

If you work out the math, that’s five employed people for every available job.

“We see young people applying for dozens of jobs, taking the opportunity to do extra training or work experience but being constantly turned down due to lack of experience in a tight jobs market,” she said,

“We see mature aged workers made redundant after years in the workforce, training for roles they hadn’t imagined, like traffic controllers, because that’s where the jobs are in their local community.

“We see mums and dads who can’t find work, hunting for jobs that would fit around their families’ needs and commitments and allow them to provide for their children.

“These people are not “dole bludgers”. But they do rely on the welfare system, often only temporarily, so they can survive and live with dignity.”

On the contrary, Employment Minister Michaelia Cash believes welfare recipients are exploiting the jobs system to continue with their payments.

Cash is calling for cross-bench support on a bill to ban dole recipients from exploiting a loophole, which allows them to turn down jobs without losing their welfare payments.

She said some of the excuses given for turning down employment included:

“The shifts fall on my golf day”

“I don’t want to work too hard”

“The office and factory smelt funny”

“I am going on a holiday” and

“I don’t want to work more than three hours a week”.

“There was one example of a person who was offered work as a kitchen hand and said no, because they didn’t want to work with food,” Senator Cash told A Current Affair.

She believes taxpayers have also had enough of the waiver system.

“If you say no to reasonable work and you can work, we believe the Australian taxpayer would expect the government to impose a penalty,” she said.

But the Federal Government claim clamping down on the waiver system is no easy task.

A bill to ban the waiver loophole was being reviewed by the Senate, but has stalled.

“We very much believe that a person who can work should work if there is a job available,” Senator Cash said.

So there you have it, two sides to a very controversial story. What side are you on? 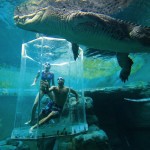 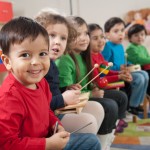 Male strip show!
Answered 4 hours ago
Would it be mean?
Answered 6 hours ago
Women that have had sex with circumcised and uncircumcised penises, which feels better?
Answered 20 hours ago
My Baby Was Really Ugly
Asked 1 day ago