Michael Lambert, a NSW dad of a young girl living with a seizure condition, has hit back at police after he was charged with possession of cannabis. Lambert has been using the drug to treat his daughter’s seizures for around 10 months.

Lambert’s four-year-old daughter Katelyn has a condition known as Dravet Syndrome, which she was diagnosed with at just six months. It’s a kind of epilepsy, which causes constant seizures, each one of which results in brain damage and has the potential to be fatal. However, about 10 months ago her father Michael started importing a speciality cannabis paste from Denmark to help in treating the seizures, and since then Katelyn has not been hospitalised for them once. Unfortunately for Michael, Australian law is not on his side. In an episode of 60 Minutes that aired on Sunday night, Michael and his family have come forward to bring more attention to the benefits of medical cannabis, and hope to change laws around its legality in Australia.

Michael is currently facing charges from NSW police of possession and cultivation of cannabis, and could be sentenced to prison.He was arrested and charged last year, and pleaded not guilty for reason of medical necessity. Despite this he says that the treatment was the only option he could take for Katelyn, and absolutely worth it.

“You can’t make a father watch his daughter die,” Michael told 60 Minutes. “Any law that says I have to watch her die and not look after her is a stupid law, and needs to be changed.”

Michael’s dad, Sydney financier Barry Lambert, couldn’t agree more. In fact he’s openly supporting the use of medical cannabis, even while his son has the police charges against him. Barry Lambert last year made one of the largest ever private grants to medical research in Australian history. He donated $33.7 million to the University of Sydney’s research into treatment with medical cannabis, to help his daughter and others. Katelyn and her Grandfather Barry, image via Barry Lambert

Katelyn’s family told 60 Minutes that they couldn’t believe the improvement in the little girl from the first day she started consuming medical cannabis.

“I just said to my wife: ‘Holy smokes, it works,” Michael said. “Instead of all this noise in her head, it was just clear instead of jerking and dribbling.”

Michael also told the program that the medical cannabis doesn’t give his daughter any kind of high, having been manufactured without those elements of the plant. She also takes some other medication, but the family believe it was the medical cannabis that made all the difference.

“It’s an amazing plant. It’s given us amazing hope that there is a future for Katelyn,” Michael said, despite the low life expectancy for kids with Dravet syndrome. And they remain hopeful overall.

“It appears it works miracles for her. But that’s why the research needs to be done to understand the science behind it and to prove beyond doubt that it works and what the long-term impacts would be,’ Barry said to the Daily Mail Australia last year.

“It’s very hurtful when they have a seizure. No one wants to see a child sick when they’re young,” he said at the time.

And what about Michael’s criminal charges? Well, he’s certain that the law will be taking notes from him in that case, and see him for what he is: a father fighting for his daughter.

“I’m not gonna have a criminal record. I’m gonna win.” 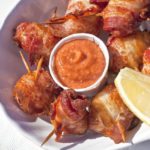 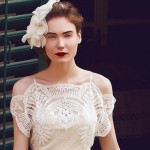