Dubbed by the drivers, “Generation Lazy” parents are packing their primary school kids off in Uber cars to be driven to school.

One driver told the Herald Sun that parents are outsourcing their responsibilities giving their teenagers Uber accounts for trips to the shops, friends’ houses, and sporting events.

He had also done school runs of high school students who were running late and taken a mother and her two primary-age children to school. Going on to say that roads outside some of Melbourne’s private schools were clogged with luxury cars ferrying children.

“It’s part of the lazy generation. Why take a school bus or walk, or drive your child to school, if you can get an Uber?” the driver said.

“Parents are setting up Uber accounts for their 15-year-olds “” they have the mobile phone, the credit card, and now the Uber account.”

Victorian Principals Association president Gabrielle Leigh said she could understand that some parents may be concerned about safety.

“But nothing beats a walking bus of local students with one parent walking to school, if they can,” she said.

“It’s much better for children’s health, to get some exercise, than bundling them into a car. It’s also good for socialising, chatting with friends.”

A spokesman from the unregulated ride-sharing service Uber, said ferrying students to school wasn’t something the service had pushed.

The website says its drivers are subject to “rigorous criminal background and driver history checks provided by the Australian Federal Police and relevant state transport departments”. 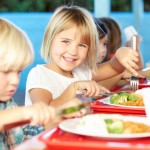 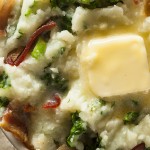