An Australian conservation group is urging for glitter to be banned as fears grew over the devastation caused by microplastics to humans and ocean life.

Foundation for National Parks and Wildlife CEO Ian Darbyshire has called on Australia to follow suit after the US and a UK preschool company stopped using glitter and microbeads, which can usually be found in toiletry products.

“The problem is you go home wearing glitter or have microbeads in your makeup,” he said. “You wash them off and they go straight from the shower to the ocean.”

Mr Darbyshire explained that plankton eat the microplastics which flow to the ocean and are then consumed undigested by bigger fish, “even whales”. “They make their way into the food chain because fish and other animals can’t break them down,” he said. “We’re then eating the fish and we can’t break them down either. It’s frightening stuff.” Microplastics are less than 5mm in length and are found in facial scrubs and body washes. They are listed as polyethylene, polypropylene or similar names in the ingredients.

Glitter is also considered as a microplastic, so New Zealand scientist Dr Trisia Farrelly, an environmental anthropologist at Massey University, urged for a ban in using glitter. “All glitter should be banned because it’s microplastic and all microplastics leak into the environment,” she told National Geographic. Lush, a cosmetics company, has also removed glitter from its products, and as a microbead substitute, it has used ground almond instead.

Since July this year, the manufacture and sale of all microbead washable cosmetics have been stopped in the US.

In August, a spokesperson from the Department of Environment and Energy told the consumer group, Choice, that 80 percent of companies with products containing microbeads had or were being phased out. “If the current industry-led approach does not effectively phase out microbeads by mid-2018, governments will move to implement a ban.”

However, Mr Darbyshire said that along with banning microplastics, there must be more steps to be done to protect the environment.

“Firstly, we need to stop using plastic bags they become a microplastic through breakdown from UV rays and waves,” he said. “Microplastics can be a by-product of what’s already been thrown in the ocean. Secondly, we all need to be getting out and cleaning up our oceans.” 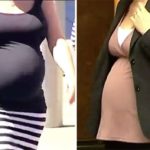 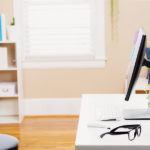