A young hairdresser who gave birth on her own only realised she was pregnant when she coughed and went into labour, then welcomed her baby 30 minutes later.

Lianne Brennan, from Altrincham, Greater Manchester, thought her cramps were only period pains, but she was surprised when her waters broke as she coughed then went into labour on the sofa.

On April 17 last year, she said she was forced to deliver her own baby because she couldn’t find her phone to call for help. Half hour later, daughter Echo-River arrived, and she used her mother’s favourite scissors to cut her baby’s cord and tied it off with a hair tie. “I had had a sore back all that day but my periods are so regular I didn’t think anything of it.

“But the minute my waters broke, I knew I was going into labour.

“I went white with fear. There was blood everywhere.

“I grabbed some hairdressing scissors from my bedside table and cut the cord, then stemmed the blood with a bobble I plucked from my hair,” she said.

Despite Ms Brennan going out drinking most weekends, and smoking 10 cigarettes a day, Echo-River was found to be in good health, weighing 7lbs 2oz.

She claims she didn’t realise she had become pregnant again within three months of having her second child, Jasmine-Jae, now 14-months. She also said that she didn’t think the back pain was a sign of pregnancy due to a spinal surgery she underwent when she was 14 years old. “My spine is half metal, so my lower back aches most of the time. And I’ve always had severe period cramps – I just got used to the pain,” she said.

After giving birth, a neighbour knocked on her door to borrow a phone charger who helped her and called an ambulance. Luckily, one was passing nearby which took her and her baby to nearby Wythenshawe Hospital.

“I never believed it when I read stories like this. I always thought “how could you not know?” ‘I still can’t quite believe it’s happened to me, but I couldn’t be happier,” she added. 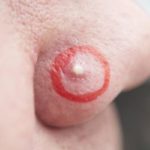 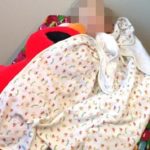 Girl Forced to Sleep on…