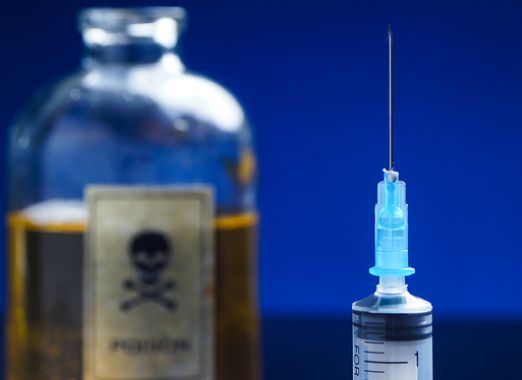 Have you checked out the latest in parenting news stories? Here are some of the most fascinating ones we got today.

9. Mr Burger and Miss King get hitched in a whopper wedding They are a perfect match — just like burger and fries.

In New Berlin, Illinois, fastfood chain Burger King never realised that one day, it would sponsor a wedding of a couple that would perfectly match their brand.

Earlier this year, childhood sweethearts Mr Joel Burger proposed to Ms Ashley King in front of a Burger King outlet. The photo went viral which caught the attention of the fastfood chain.

Last Friday, ABC7 Chicago reports Mr Burger and Ms King got hitched with the help of the fastfood chain. They were joined by their 10 bridesmaids and 10 groomsmen, all wearing Burger King crowns. The men even wore custom-designed burger socks.

Now that’s a whopper of a wedding! You may want to think twice about drinking a bottle of beer and just throwing the bottle away.

In China, a graduate architect from the Inner Mongolia University of Science & Technology has made an office room out of a thousand used beer bottles.

China Daily reports that it is said that Li Rongjun and his father took over four months and about $15,300 (over 70,000 yuan) to construct the office. The report also says that Mr Li wants to attract designers and investors to his office. He also plans to create a design studio that aims to help people be creative in constructing comfortable houses.

Mr Li’s office at the top level of a two-storey complex was made from 8500 bottles in 40 layers, while the bottom floor was built with mud and brick. “I want to build an office which combines artistic beauty with pragmatism,” he said.

Although some describe it as artistic, others say it should not be promoted. “The top level has no load-bearing wall and the weight the beer bottles could carry is limited, thus the structure may collapse,” Tang Zhe, of a design company in Chongqing, said.

7. Mum designs device to save children trapped in cars With incidents of children getting locked inside a car, a Wondunna mum has designed a device that will save a trapped child.

Taleese Penna, a former beauty therapist, developed the device after her toddler got locked in their car one hot Christmas Day. The child disappeared from view for a few seconds until thankfully, the toddler was found in the car before the vehicle heats up fully inside.

Mrs Penna’s case is not isolated. The RACQ says there are four or five similar incidents happening every day on average across Queensland.

Mrs Penna’s innovation can detect movement in a locked vehicle and will send an alert, including pictures, into registered phone numbers. As the owner received the alert, the owner can trigger the air-conditioning system or the windows to roll down in order for air to circulate into the car. “The temperature in the car can rise so quickly and the biggest issue is getting the air flowing again,” she said. She said her device had been patented and is now being developed with Amatek Design.

Meanwhile, RACQ executive manager of technical and safety policy Steve Spalding advised parents that if a child is trapped in a car and becomes distressed, they should call RACQ and 000 immediately.

6. Dad under fire for photo of son, grandson with skulls behind in Cambodian killing fields A Buderim dad, who took a photo of his son and grandson with skulls behind them in a holiday trip to Cambodia, never thought he would be hit hard by some netizens expressing their fury over it.

Body language expert Allan Pease always takes his six children to go travel with him on his lectures to audiences around the world. He says he wants his children to learn through having real life experience and taking his son, Brandon, and grandson, Mitchell Stewart, 9, to Cambodia’s infamous killing fields is no exception. But when he uploaded the photo on Facebook, he got mixed reactions from concerned parents online. Others appreciated his effort, while some were outraged.

Brendan Clack wrote: “You want to show respect. How about telling the shop owner to lay those skulls to rest and not parade in a window so dumb retarded foreigners like you can get photos with them.”

However, commenter Tony Gioffri agrees saying, “If we hide history (facts and not the writings of the winners) then we doom our future generations to repeating it and lose the value of the lessons learnt in the past.”

Mr Pease said that before he goes out to travel with the kids, he explained to his family what they were going to see. He also wants to get the kids to thinking out-of-the-box. “A different culture helps put things in perspective for them. A lot of parents cottonball their kids, but they need to know the rest of the world is not like Buderim or the Sunshine Coast,” he said.

When a child grows up, mums always make sure, they are with their child every step of the way.

For this Wisconsin mum, she makes a bittersweet way of being with her child, even if she knows she wouldn’t be there anymore when her child grows up.

Heather McManamy was diagnosed with terminal breast cancer and is mum to daughter four-year-old Brianna. With cancer spreading across her body, in her liver, bones, skull, she decided to write cards and letters for her daughter in every special moment she will experience later on in life — from her first tooth, her birthday to her wedding and other momentous occasions in her child’s life.

“I will do anything and everything to be here for my daughter and my husband. I guess I still have hope. I’m just not ready to say goodbye yet. It’s really painful to know that they’re going to be sad and I won’t be there to comfort them,” she says.
Ms McManamy has now written over 40 cards full of advice, jokes and well wishes. “I just want her to find her happiness. Life is short. If she’s true to herself everything will be ok,” she said. A NSW mum was charged for allegedly poisoning her child.

Police arrested the 42-year-old mum in Hunter Valley region after she was said to have poisoned intravenously her 9-year old daughter earlier this year.

The child was rushed to the hospital. She was diagnosed with a life-threatening renal failure but has now been discharged from the hospital, police say.

Detectives who started investigating the girl’s history found out that she was also allegedly given tablets that caused medical complications last year.

The mum was charged with two offences, including using poison to endanger life. She was granted bail to appear in court next month. 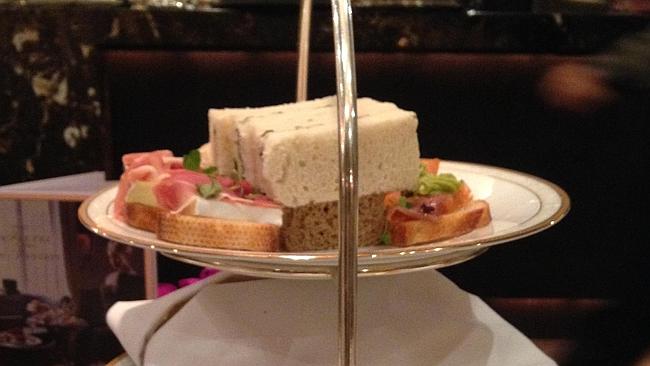 A simple baby shower became a nightmare for a mum and her unborn child when the mum became seriously ill with salmonella poisoning in a luxury hotel where the baby shower was held.

The 29-year-old mum had to be taken to hospital a day after the baby shower last July 12 at the Langham Hotel. As her condition worsened, doctors was forced to deliver her baby boy five weeks premature.

The mum, who refused to be named, told the Herald Sun that the baby could’ve been dead in a day if she wasn’t taken to the hospital.

Doctors say the newborn suffered breathing problems after being born. He also spent time in an oxygen chamber and has been receiving regular antibiotic injections. He is set to be discharged two weeks from now.

The mum’s case is added to the number of salmonella outbreak which rose to 44 on Tuesday.

The Herald Sun reports that six people were taken to hospital after attending the $79-per-head high tea services at Langham on July 11 and 12.

With this, samples of gourmet chicken sandwiches, mayonnaise and salads that were served to around 77 guests at the Langham high teas were being tested.

The mum said she was already contacted by the Langham’s management, saying she was happy with its response.

The hotel was said to have been cleared of any further concerns after the management changed food suppliers and having the hotel’s kitchen cleaned.

Victoria’s acting chief health officer, Professor ­Michael Ackland, said it may take several weeks before he can point out the real cause of the high tea outbreak. “There were things like chicken sandwiches and foods with mayonnaise preparations, and various other foods you typically see in a smorgasbord setting, such as salads. (But) it is just not possible for me to point at any one food at the moment,” he said.

2. Geraldton mum imprisoned after being charged with murdering her baby girl A Geraldton mum accused with murdering her five-month-old baby girl will be kept in prison after facing a West Australian court.

Police charged Tamara Louise Thompson, 37, with murder after an investigation into the disappearance of the infant. They said that the remains, believed to be those of the child, were found at the family home in Geraldton earlier in the day.

Ms Thompson faced Geraldton Magistrates Court for a second time on Tuesday afternoon, where she appeared without shoes and was not required to enter a plea. During her initial court appearance in the morning, Ms Thompson’s lawyer asked if her client could undergo a psychiatric assessment after appearing distressed in front of the court. However, a psychiatric nurse had determined that Ms Thompson did not require a hospital order. The court then decided for her to remain in custody in Greenough Prison until the matter returns to court next week.

Meanwhile, forensic officers are still at the house, after it was cordoned off for examination. 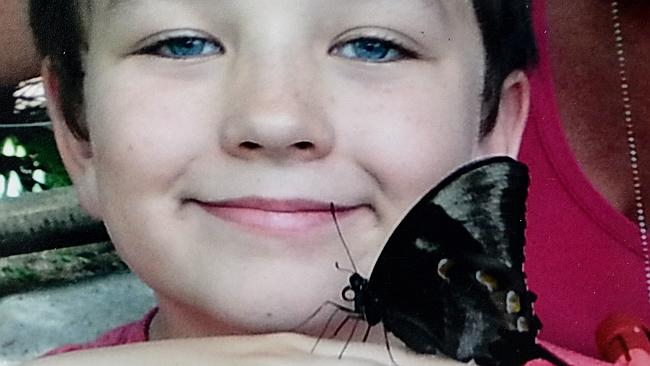 A Chirnside Park mum has campaigned for more knowledge of an illness that she was not aware of that killed her seven-year-old son.

Katherine Shields’ son, Joseph died of sudden unexpected death in someone with epilepsy (SUDEP) in May 2013. She recalled that Joseph went to bed on May 28 healthy and happy. However, he suffered a seizure overnight and the next morning, Joseph died.

Mrs Shields said Joseph had been diagnosed with nocturnal epilepsy after two seizures when he was aged three and four years. So, she changed his diet and he didn’t experience anymore seizures until the night he died.

Because of this, she wrote to the Department of Health and Human Services, asking for the department to make mandatory for parents to be given information about SUDEP, especially when the children experience seizures.

And so, the department has agreed to this and made changes to The Royal Children’s Hospital factsheets on epilepsy, which now included information about SUDEP, as well as information on the use of monitoring devices, which alerts parents when their children are having a seizure.
“This is a huge win in raising awareness. These factsheets cannot only be accessed by all medical professionals, but by parents themselves,” Mrs Shields said.

The revised fact sheet on epilepsy is now available on the Kids Health Info website.

What did you feel after reading these parenting news stories 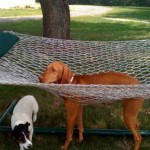 Videos To Laugh At: Animal… 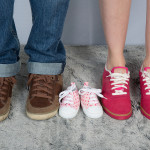 New to Parenthood? Get Courses…