A 15-year-old girl from Denmark has been jailed after she stabbed her mother to death in a horrific ISIS-inspired attack.

The videos, which the girl had watched the whole evening prior to the slaying, were of the beheadings of British hostages David Haines and Alan Henning on YouTube, carried out by twisted terrorist Jihadi John.

The teenager’s boyfriend, Bakhtiar Mohammed Abdulla, 29, was also a partner in the killing of Tina RÃ¶mer Holtegaard, who had been stabbed at least 20 times at the home she shared with her daughter.

At the girl’s trial, the court was unable to rule which of the pair delivered the fatal wounds, but both Borch and Abdulla, who met at a refugee centre near the teen’s Kvissel home in rural Denmark, were both convicted of murder.

Prosecutor Karina Skou told the court: “This murder was cold blooded, ice cold and committed in a bestial manner.”

The court heard how it was the “endless rowing which cost the mother her life.”

How constant arguing led to murder

The girl’s twin sister had moved out of the house previously because she was fed up with the constant arguing between her sister and their mum. The teenage killer had even shown her sister the knife she was plotting to use on their mother, but her twin thought it was a joke.

The teenager’s mother wanted her to stop seeing her boyfriend who was almost twice her age and “live a normal teenager life”, which became a constant source of tension, the court heard.

In court, the teen blamed her boyfriend for the murder, but he claimed he was only at the scene briefly to “help Lisa” after the killing. Police did not find him at the scene, but his fingerprints were discovered in the mother’s bedroom.

Lisa plotted with her lover to flee to Syria and fight for ISIS together after murdering her mother.

Borch was sentenced to nine years, the first of which will be spent in a young offender’s institution and the following eight in jail. Her boyfriend Abdulla received 13 years, and when his sentence expires he will be expelled from Denmark.

Lisa’s twin was in court to see her sentenced.

*All images from dailymail.co.uk 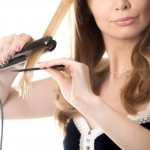 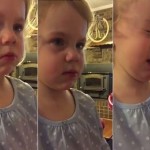 2-Year-Old Girl Was Crushed When…

Carers allowance
Answered 3 hours ago
Currently I am owing Centrelink 4900 and I'm on payment plan, will Centrelink definitely take my entire tax return?
Answered 4 hours ago
School holiday
Answered 19 hours ago
How important is sex to you?
Answered 1 day ago