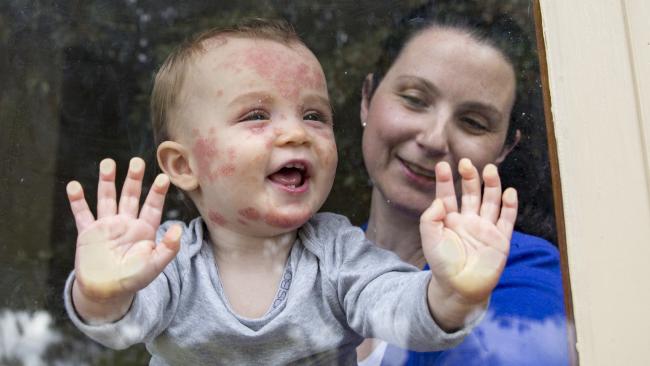 Unlike some mothers she knows, Emma Morton will not be hosting a chicken pox party while her 10 month old suffers through the unbearable itch and discomfort of the well-known disease.

The  mother of four, who lives in Highbury and is keeping her son isolated, said some Adelaide parents are holding “parties” to deliberately expose other children to the disease to build immunity.

It’s looked on as a form of immunisation by some.

Ms Morton, a nurse, said the parents involved believe it is a good idea to expose their children so they can go through the disease as a young person.

“One of my Facebook friends asked me if she could share Oliver’s picture and there were apparently comments on that post (from parents) saying ‘let me come around and have a chickenpox party,” Ms Morton said.

After watching her son suffer when he contracted the disease in his mouth, Ms Morton is pleading with parents to medically vaccinate.

“It’s just ridiculous how a parent or caregiver could possibly choose for their child to go through such pain,” she said. “Both shingles and chickenpox can be serious and painful illnesses, which makes any attempt to deliberately infect a child with chickenpox extremely unwise,” she said.

Children are vaccinated against the varicella virus, which causes chickenpox and shingles infections, at 18 months and receive a booster in Year 8.

Chickenpox is highly contagious, and is spread through the air, by coughing, sneezing or direct contact with people who are infected. About 90% of unvaccinated people who have not previously had chickenpox will become infected when they come into contact with the virus.

Ms Morton, who believes her son Oliver contracted the disease at a Playschool Concert he attended, said he was not vaccinated because at ten months he was too young to receive it yet.

“It’s certainly not at my other kids’ childcare or school,” she said, in a state where the latest figures reveal 90.1 per cent of SA children had received the vaccine as of June, 30.

The concerned mother said her son woke on September 4 with a “couple of dots on his forehead” but by that evening he was “projectile vomiting everywhere”.

“He ended up with a secondary infection all over his skin (and) his wounds are all weeping. It’s nasty,” she said.

“I’m basically trapped because he needs to be isolated, so I can’t take him to the shops, I’m having to get my parents to do my shopping for me … because I’m being responsible so I don’t pass this on to other vulnerable children in the community.”

She believes it is irresponsible of parents not to vaccinate their children and that there is no evidence to suggest immunisation is unsafe. Dancing Football Player Does It… 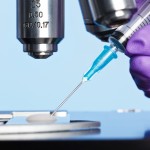